A few months ago, my brother and I made some cornhole boards, but our jigsaw skills were insufficient to make the radius for the flip-up legs. So they sat for months and months at 98% complete. Separately, I’d been wondering if I’d be able to make single purpose table saw sleds on the laser cutter. I finally decided to kill two birds with one stone.

First, make a cardboard template to see what radius would work for all four of our imprecisely drilled bolt holes. (1.675 inches worked). 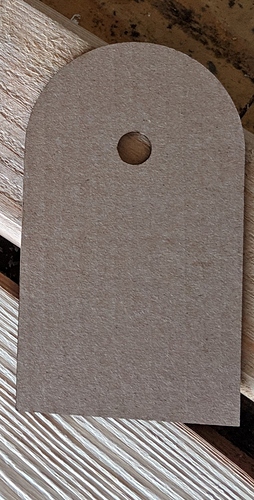 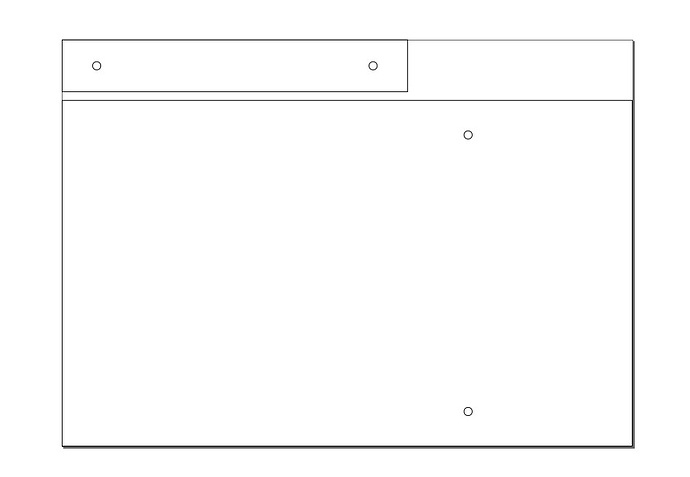 The holes are there for alignment. They are 3mm, and I used some M3 screws as alignment pins while gluing it up.

I was cutting this out of 1/8" ply, because it’s what I had, so I tripled up on the sled runner to get it up to 3/8". After a few seconds, I removed the M3 screws. They were only there to keep the position right. 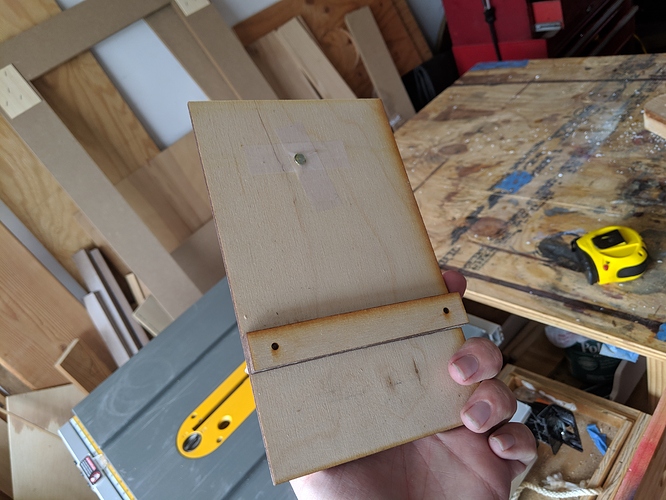 I drilled a hole the proper radius from the end and stuck a nail through, taping it on the other side. 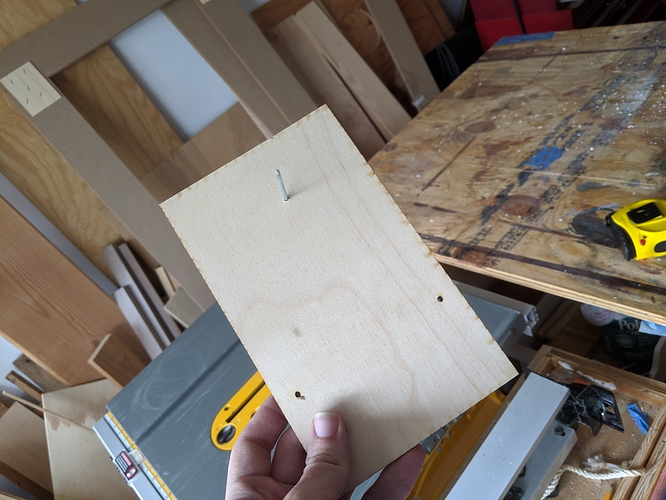 After that, I marked a pivot point on the 2x4 I’d be using for the leg, drilled a hole about the size of the nail, and dropped it down over the nail. (The picture below is taken after I’d already drilled the final bolt hole, but you get the idea.) I held the 2x4 down, ran it back and forth past the blade, then adjusted to a new angle and repeated. Once it was roughly circular, I held it in place near the cutting edge of the blade and rotated it around to catch any lingering facets. When it was all rounded off, I drilled the hole out to the bolt size. 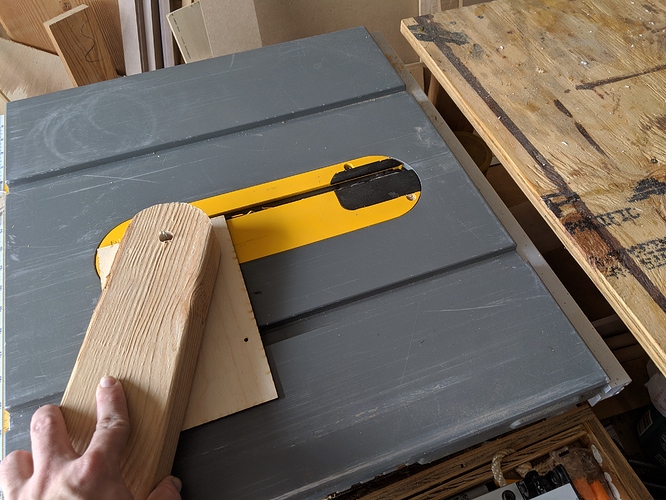 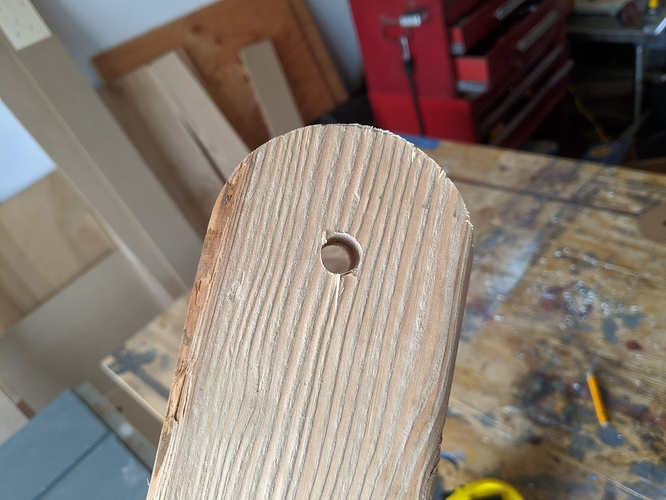 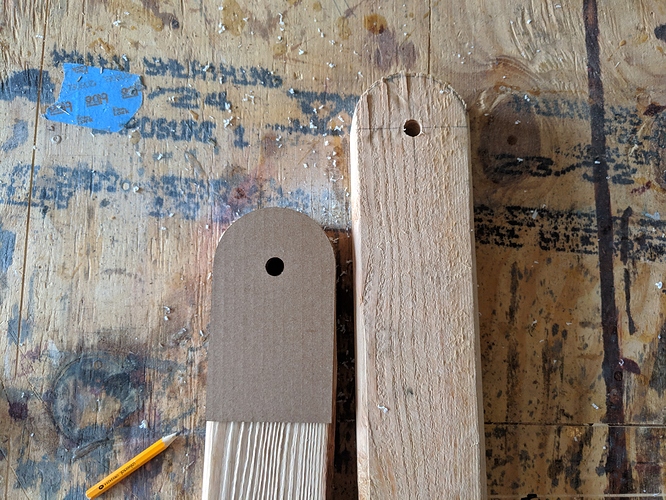 A few thoughts. First, I realize I could glue a runner to any scrap of wood and do this without a laser. This was a proof of concept to see if I could reasonably create a table saw sled. The same methods and measurements could work to make a much more complex and precise sled in the future.

Improvements I would make for next time. First, I’d probably use 1/4" material rather than 1/8". It would require less doubling up of material, and it would give more meat to hold onto when pushing. Second, I’d make the sled bigger. this one’s only five inches deep, because I wanted to be able to make multiple iterations if I needed to without using a full sheet of 1’ square ply (which I have a huge crate of). 10" would feel a lot more stable and provide better support. Not to mention the longer slide would lead to less rocking side to side.

I could stand to more carefully tune in the measurements of the runners. I gave myself a fair amount of slop (knowing I’d be pushing it up against the inside of the slot) so that I could tolerate some misalignment if necessary, but the alignment pin method worked far better than I expected, so I can probably tune this to a more snug fit.

Finally, I just stuck a nail through the bottom of the sled and taped it in place. That would normally have been fine, except it just so happened to line up perfectly with the finger hole in the saw plate. It kept getting hung up on the finger hole. If I were to do this again, I’d engrave/counter-bore a circle for the head to slip into so I could have a flush bottom.

All in all, this came out great, did the job I needed it to do, and cost me less than $1 in materials. Next time I need a jig that needs precise angles, I’ll power up the Glowforge.

Very nice example of " tra-dig-i-tal" making. Yes, that is a new word to me and I’m going to overuse it for a while.

Another great use of the Glowforge!