So I am building some of the flight simulator add one from 737diy sim (helimech on YouTube). Karl’s designs are amazing (he built a full 737 cockpit in his house in Brunei) - the more impressive feat was convincing his wife to let him do so). Anyway, to the question. After I complete the Garmin G1000 I am working on, y next project will be the 737 FMC as my son gets ready to transition to the airlines. In the designs you print the parts in white/clear and then spray paint them black and sand off the high parts with the letters allowing back lettering. Another company sells “laser engraved” keys for the FMC (which has 70 keys so buying the keycaps has some appeal, since the buttons having raised lettering feels weird when you press them. How do they laser engrave keys.do they somehow cast the keys in double layers of acrylic and then engrave off the opaque layer (I have similar sheet acrylic) and then fill in the cut part with clear to make it smooth? 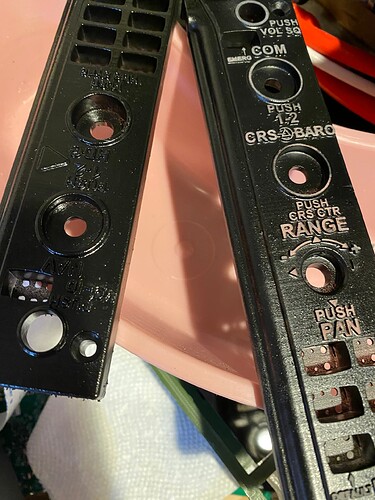 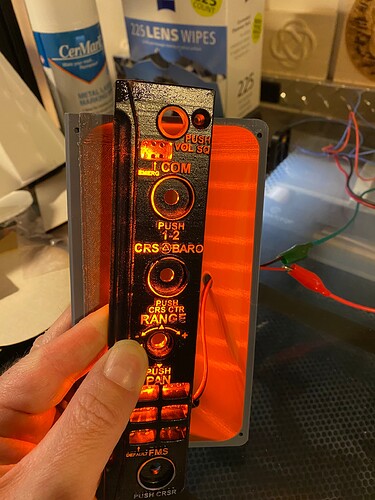 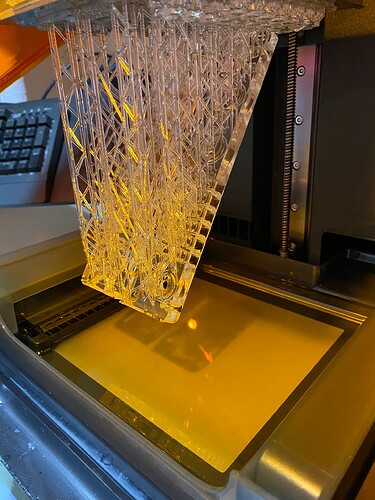 Oh my that is cool!

Male answer syndrome: I don’t know, but I found this video and it looks cool.