Wondering if anyone had done anything on stone? I have several people who want some images on stone and I’ve had no luck getting a GOOD one onto the Blue Oklahoma stone I’ve tried.

With slate and glass, I’ve found that any kind of fine detail is totally lost because you’re effectively exploding off little bits of surface material.

I will give that a try then

Here are some examples of glass and slate.

In general, I’ve found that changing the power really doesn’t do much once you’ve set it high enough to leave a mark. You’re only damaging the surface and, once damaged, you can’t go deeper. In experiments on porcelain tile, additional passes do remove more material, but not in any meaningful amount. 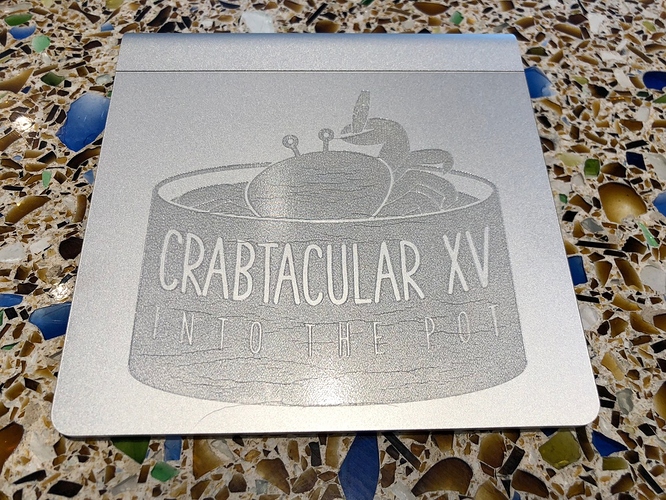 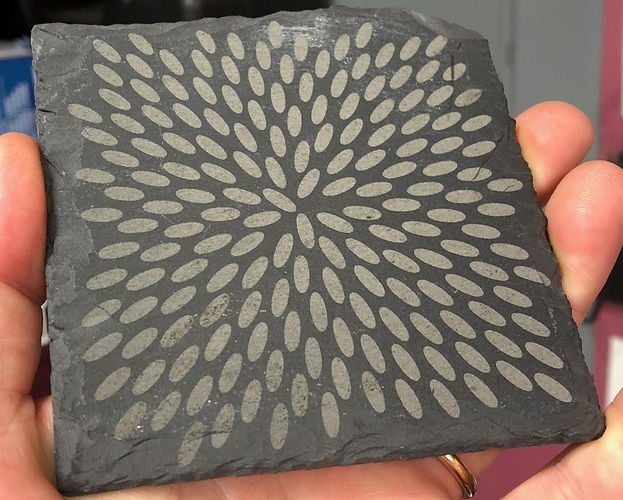 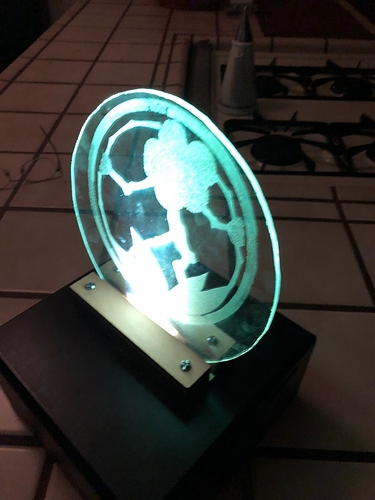 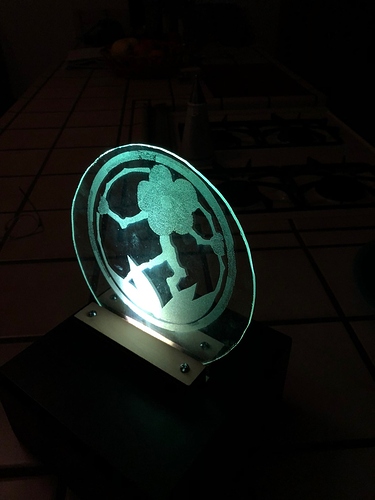 Interesting. Travertine may be different. I did some preliminary experiments on a scrap and found that re-running an engrave that marked the surface acceptably a second time approximately doubled the depth of the engrave. 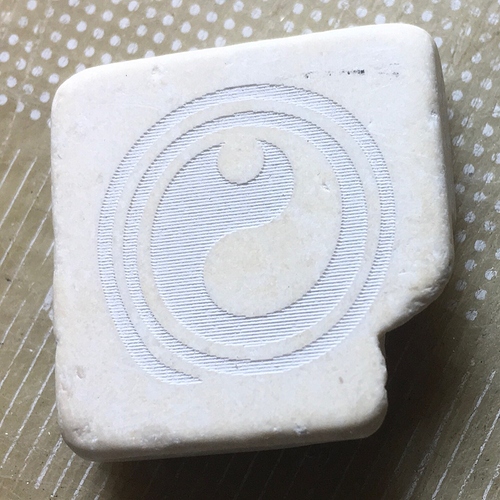 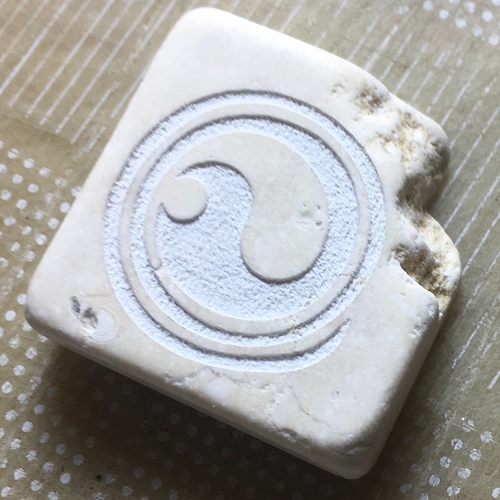 Note that this is a close-up of something about 1” square. The tiny little stripes are barely visible to the unaided eye in bright light. I like the way the second pass effaced them in addition to increasing depth. 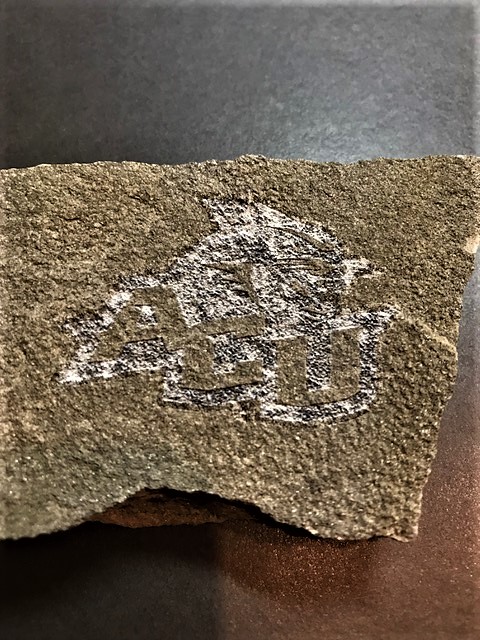 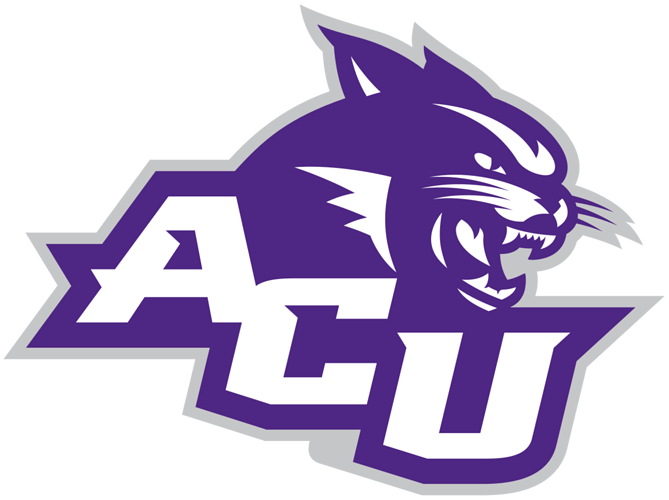 I’d convert the purple to black and do it with vari-power. No reason to do dots on a graphic with no tonality.

Alternately trace it to a vector (or get an svg version), should be the same effect?

Oughta be. Whichever is easier for her. It would trace pretty easy (that’s probably the way I would go with it)

And a lot of it might just be the stone itself. It has a lot of light / dark variation which is going opposite colors under the laser.

I’ve Not even tried the trace on the GF YET!

Lol me neither. Just not useful for the stuff I tend to do.

No real reason to go higher in the resolution LPI than 340 because the surface of that rock is a bit rough and the way laser interacts with rock it doesn’t seem to make that much difference.

Should be a straight engrave with a full black to get what you want.

I should have added that really soft rock will engrave deeper on multiple passes and will take detail differently.

I’ll have to grab some travertine as that looks like it has some amazing potential!!