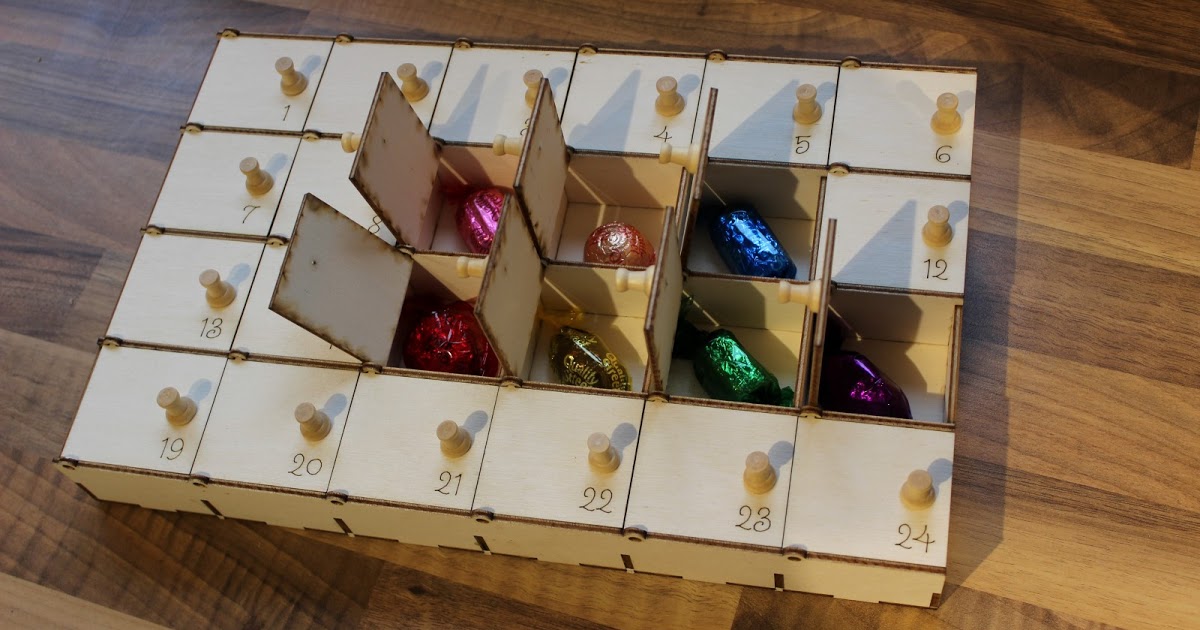 I found some time today to make a full version of the new advent calendar. I assembled it with all the doors in order but they can be put... 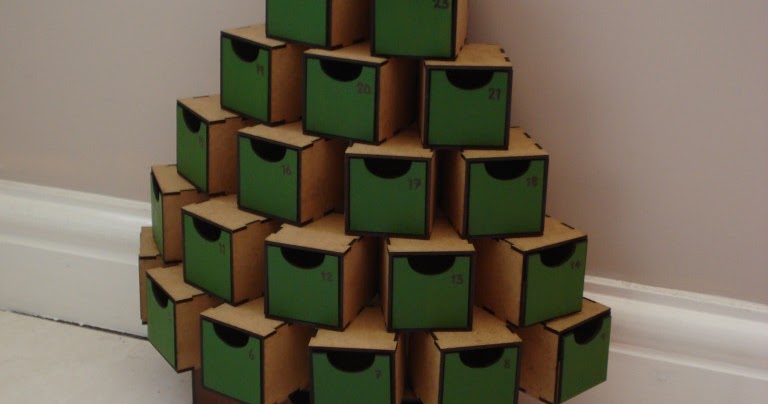 Just in time for December comes the Christmas advent calender. An epic case of squashing to get the design into the footprint of the re... 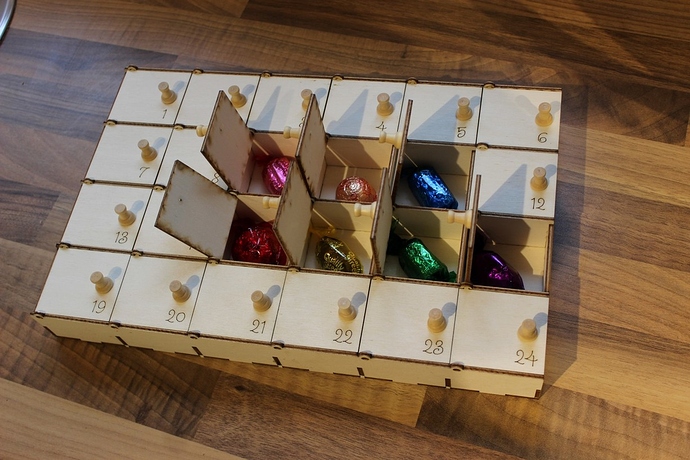 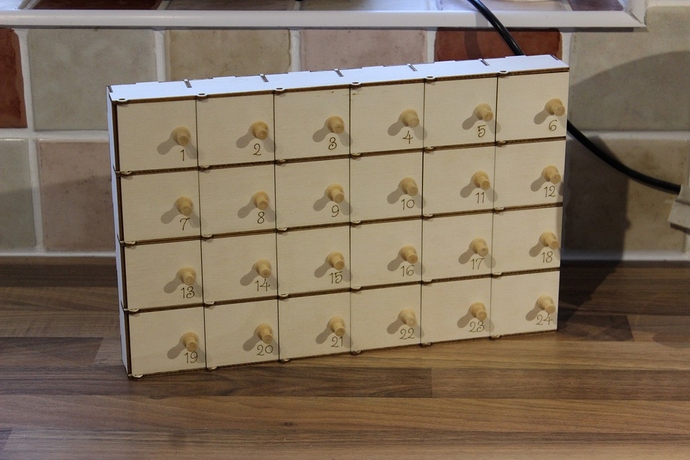 That just means you get to eat 25 chocolates in 2 or 3 days, rather than dragging it out for 25 days.

Thank you for your generous share! I think this could be useful for storage as well

It’s in the US, where it should stay! Non of that nonsense over here please, we’re British

We don’t want it either. But that was my attempt at a Bad Santa reference.

Then you can have mine any time I end up with some. I can’t stand that stuff.

I hate the flavor but the worst part is the horrible, horrible headache it gives me, just a minute or two after I eat a piece. (I think it’s the yellow/orange food coloring that does it.)

horrible, horrible headache it gives me, just a minute or two after I eat a piece. (I think it’s the yellow/orange food coloring that does it.)

That is very likely. My son is highly reactive to artificial colors in which they act like a neurotoxin much like lead. Either has uncontrollable fits of rage or bouts of total confussion where he literally forgets how to do anything like button his shirt and has licked the walls. Pretty scary. My daughter gets horrible migraines when she eats anything with red dye 40

Pretty scary. Good that they know what they have to watch out for … But yikes!

Thank you so very much! This is beautifully done!

Did you laser the chocolates too? This is such a sleek design - love the tiny doorknobs, too!

I’ve done chocolate in the past but it’s not really worth the effort for an added ‘burnt’ taste. Plus my honeycomb hasn’t been cleaned in months, I dread to think how toxic all that sticky stuff might be.

btw, you can’t cut chocolate with a laser, you just melt a hole that fills itself in again. 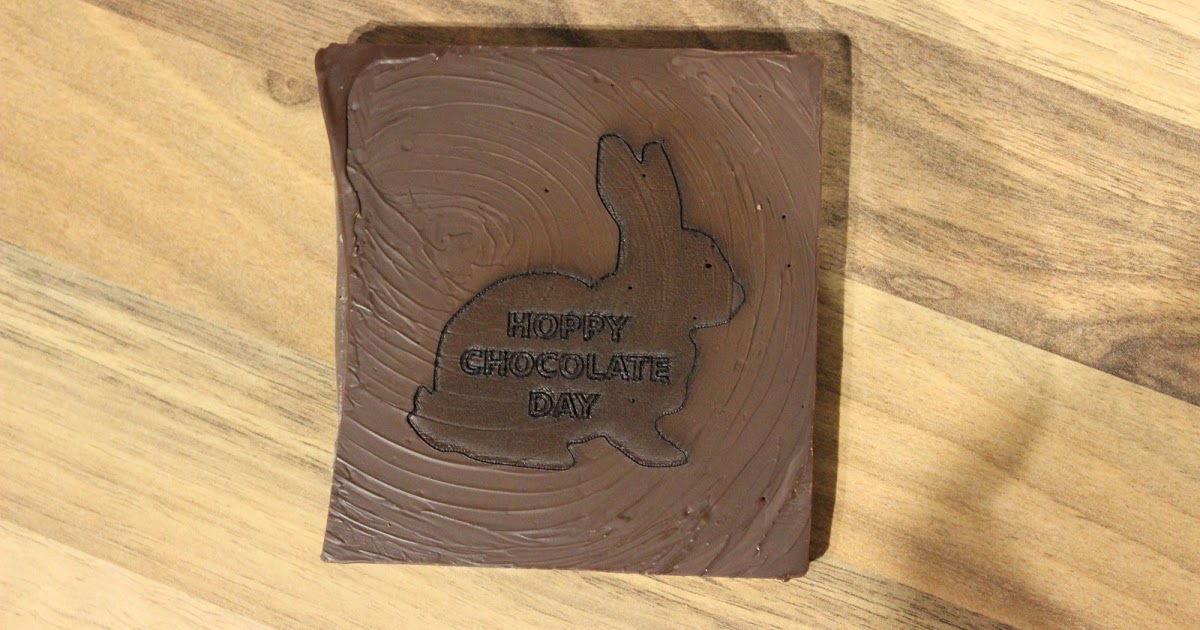 Since it's Easter and there is an excess of chocolate I thought I should laser cut some for you :) The background swirls we made by 'sm...

You can… but it’s a giant pain! It took us a week to formulate the chocolate sheets we used for the video.

Nice work on the calendar. I had a beer advent calendar from Costco this year. It had all beer imported from Germany. Gave me the idea to make my own for next year. I’ll design and cut a reusable Calendar on the

and personally select the beers. I have several relatives and friends that expressed disappointment at not having their own this year so I should be able to get 4 or 6 packs of each beer and make several.

Have you shared that information someplace since it was so difficult?

What a wonderful design! I see so many possibilities for customization. Thanks!

I made a beer advent calendar this year. Now I have to buy the beer. It won’t be truly done till I fill it an put the doors on.

I would love to see it. My plans to do this have been pushed aside unfortunately due to some rather serious health issues for my wife.

Oh no! Hope she recovers quickly. No good being ill for the holidays.