I made this set for my son because of his love for the game of chess. It took longer than I wanted so it will probably be a one-of-a-kind but may look into simplifying it. 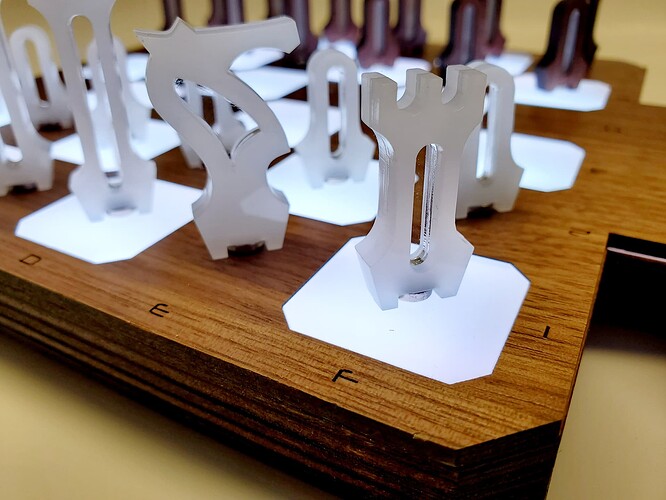 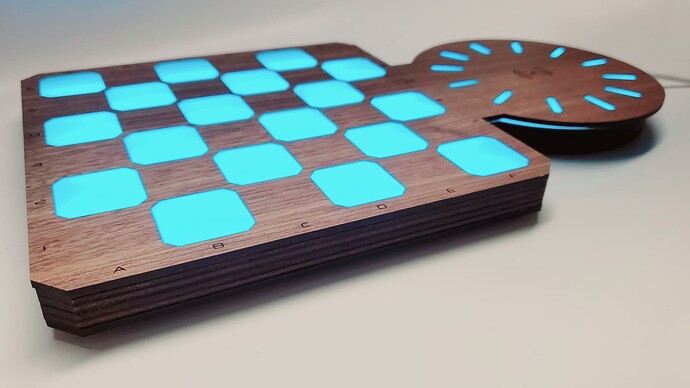 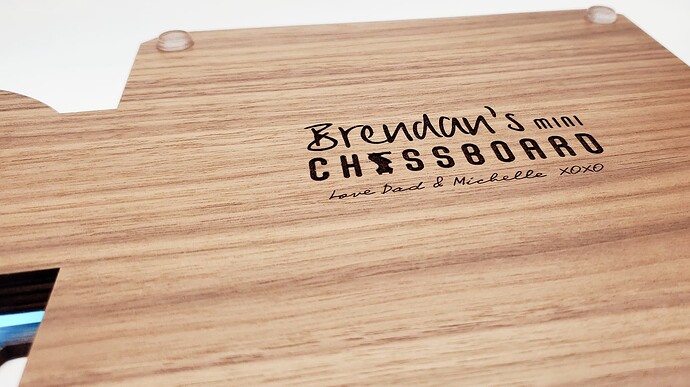 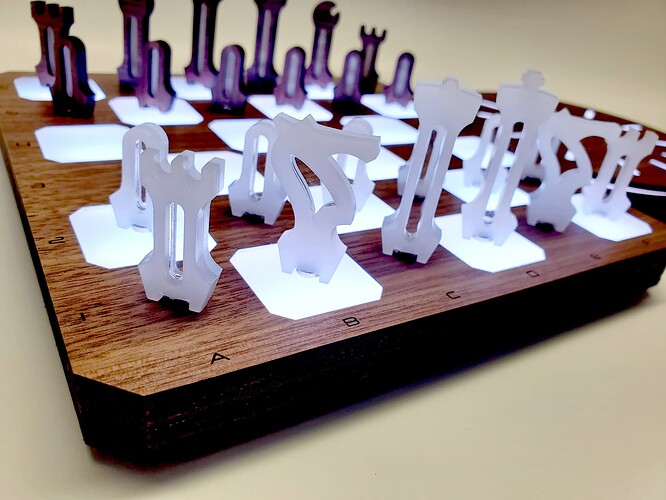 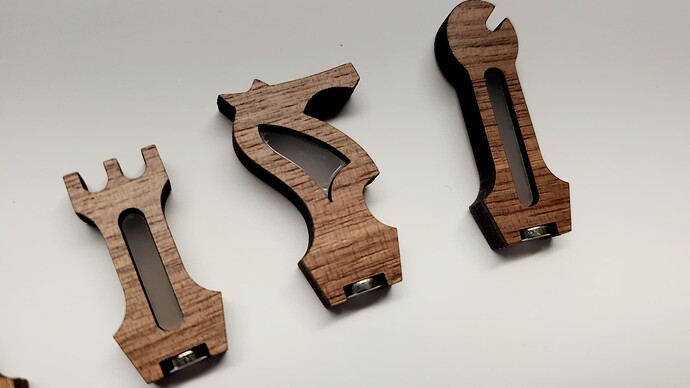 I have never played “mini chess”. That looks interesting. 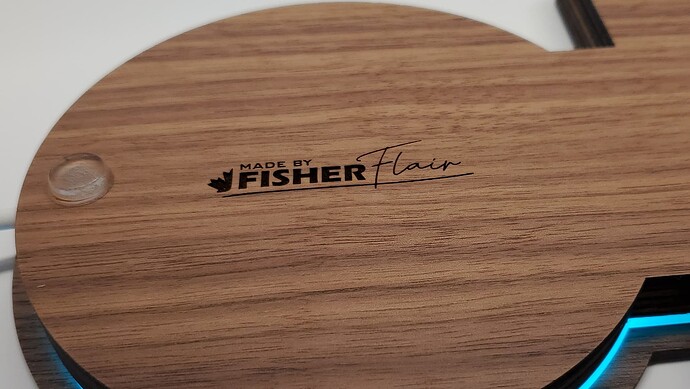 Clever solution moderinizing the board to make a more stencil-like approach, much easier than trying to align and fit a grid of true squares.

What’s with the circular bit? Housing for circuitry and batteries?

What size batteries did you opt for? ah I see the cord.

Thank you… I put the charging coil/LED board in the circular bit. I run the LED lights off a 12v output on the charging board. The LED board I get from Alibaba and comes with a nice remote. I also source a 6ft silicone charging cable which I felt was important to have the length.

Yeah that sounds like Magnus. He’s so bored at this point that he likes every variant.

It’s wild to watch him in a tournament but for my money, it’s even crazier when you go and look at his live streams where he’s informal or even drunk. His DrDrunkenstein username games are still so lethal.

Here’s a very short video of what I mean.

Interesting! Mini chess. Nice job on the board!

I had never heard of mini chess either.

I was about to say – “uh oh, they forgot 2 rows and columns of the board” XD

Beautifully done! And you taught me something new.

Curious, @i_am_robert . Does the small board make the games faster or does the weirdness prolong thing?

I think because the pawns can promote way faster than on a regular board it would make for a faster game in general. The games with my son go fast but mostly because he kicks my but. lol

Is that text painted inside, if so how do you do that? Or is that just engraved?

It is just engraved, but does look painted. I wonder if the tape can act as a mask and paint the etched areas?

wonder if the tape can act as a mask and paint the etched areas?

Yes, but on some woods with larger grain, capillary action can draw the pigment into it, bleeding the color. In those cases hand painting the sides engraving with a small artist’s brush and a clear will seal the open grain and prevent that.