My name is Kiko and I just started this week at Glowforge, today was my first laser Thursday!

I had never used a Glowforge before so for my first project I wanted to try something low key and fun.

I’m most comfortable with pen and paper so decided to hand draw a few wrestlers from their 80’s heydays and see how they transferred to the Glowforge. The original intention was to make coasters but we actually ended up doing full cutouts of each head. Can you tell who is who? 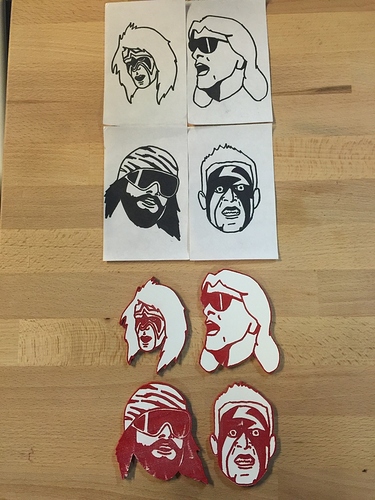 After drawing out each card, we set them one at a time in the bed of the Glowforge and used the “trace” function to capture my drawing. Next we subbed out the material (which it turns out is remnants of the material used to make the birthday invites in the Glowforge video!). We took a new lid image and positioned the trace on the material. From there it was all lasers and wrestling, very 80s.

It was super exciting to see my drawings transfer to paper to other physical media. I learned a lot and can’t wait to try some new designs. Did I leave out anyone’s favorite?

These look even more amazing in person than they do in the photos. We’re all kind of jealous at the office.

The art style is so perfect on that white on red acrylic! 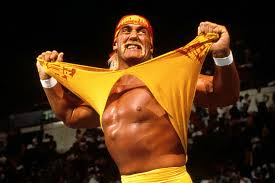 Thanks for posting. I was a bit disappointed when nothing was coming out of last night’s Laser Thursday. Now they are trickling in! Good artwork and nice description of the process.

I’ve been a designer most of my adult life but I’m always jealous when I meet people who can DRAW. /salute to Kiko.

This acrylic is a 2-tone one – basically a layer of white on red acrylic (so you can engrave down to a new color). Inventables has some options for that here. You can get a pretty good 2-tone technique with any material by putting contact-paper on it, engraving a design, then spray painting the engraved area before removing the contact paper (essentially, you’re engraving a stencil).

I’ve also seen people spray paint wood (hardward or ply) and then engraving AFTER painting (Tinkering Monkey is one of my favorite laser signmakers-- they have an example of that here). SO PRETTY!

Those are awesome signs, all clean lines and modern designs but with nicely stained wood to make them warm. I pinned 80% of them to my sign ideas board. I’ve no real need for signs but for some reason think they’re going to be a lot of fun to create on the Glowforge. Maybe I’ll just create signs all over the house telling the kids to clean up… that will save me some time…

Tony I am really excited to try both the contact paper stencil and the paint over Acrylic methods. My mind is already racing with 80’s neon color possibilities this opens up.

Saw you mention the issue of size in another thread just wanted to show you this for a sense of scale! 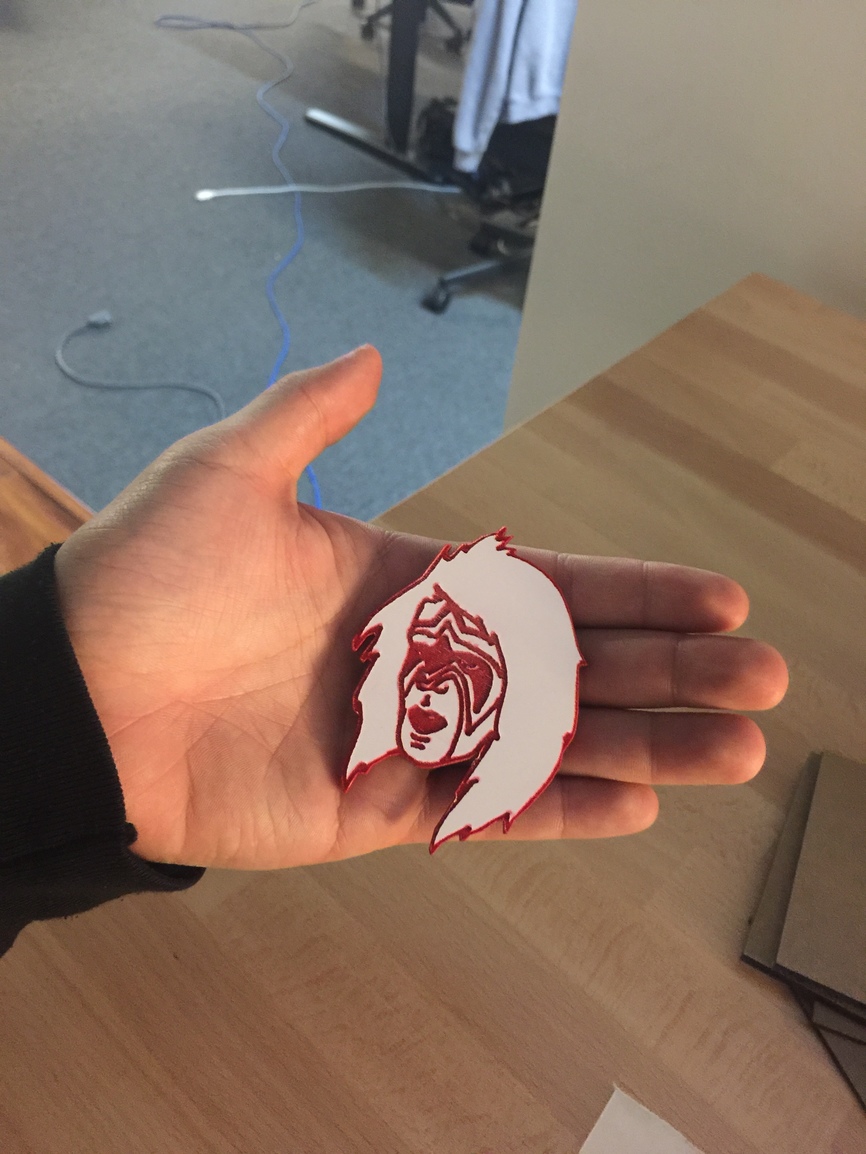 This one is the smallest (to make room for all that feathered hair) but the others aren’t all that much bigger either.

@Tony I assume there are safer and unsafer paints to do this with?

There are also laminated wood products that do something similar, such as these at Laserbits which are presumably safer, than random spray paint?

@Kiko these are great. Now a great GF feature is that if by simply owning a GF, I could draw as well as you, that people would buy!