Line Error Not in design

I engraved this Princess Mononoke Engrave and whilst it was engraving It spat out these stupid vertical lines that are completely random and nowhere in any of my vector ai files. 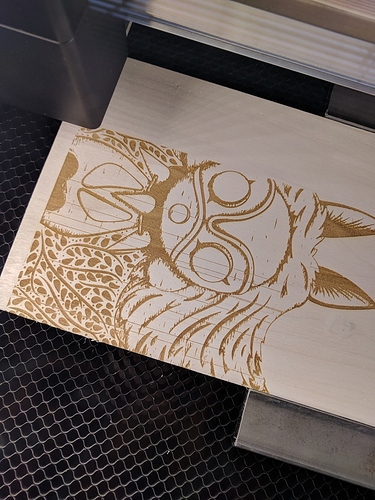 I experienced this last night and once again today as well. Is yours a vector or rastor file?

Possible open paths? The engraving function will try to close single stroke open paths and it sometimes catches other open ends to connect them.

You can either rasterize the engrave to avoid the issue (what I’d do with that one since it seems to have a few open paths) or close the paths individually. Another option is to Expand the single stroke paths, but you might have to do some work to subtract out the center areas. (Can’t tell without seeing the file, but rasterizing it is only a couple of clicks and the results are the same, so I’d definitely consider that as a first option.)

Open paths would be my guess.

Vector. I checked to see if my file was corrupted or had hidden paths that I was not aware of but nothing was found. I don’t think it was my file though because the lines were completely random.

From there, go to the overflow/dropdown menu and make sure Selection Only is disabled and then click on Objects. It will show you the number of open and closed paths, as well as the total path inches. 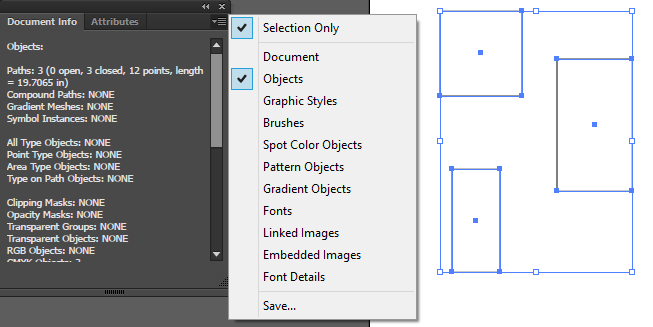 Sweet thanks. I’ll do that for my next project and onwards that’s very useful!

Basically, to borrow a term from the graphic design side, all files should really be pre-flighted before being sent to print. The pre-flight inspection picks up on things that could cause problems. I was working on an Illustrator script for this, but ran out of programming knowledge

I’m sorry for the inconvenience. We’re seeing this too and we’re looking into it.

As a workaround, if you rasterize the parts of your design that you want to engrave, that will consistently prevent the extra lines from appearing.