This wiki is a list of brands that are known to go after small creators to protect their IP. Please stay alphabetical if you add a brand.

@evansd2: Perchance do you speak from personal experience?

I learned something on here. I knew Disney, and that Disney owns so much that it includes all the other cool stuff too. Just trying to think if I knew any others besides Disney. Oh…Who did the Gone in 60 Seconds? Because B is for Build had their car taken from them because they reproduced Eleanor, and named the car as such. At least from my understanding. I think it was a copyright infringement?

dammit. i was really hoping to see a thread full of photos of @evansd2’s beautiful wooden righteous lightsabers made out of 6 kinds of exotic wood.

No, @shogun has the killer lightsabers.

If you come for the King you best not miss… 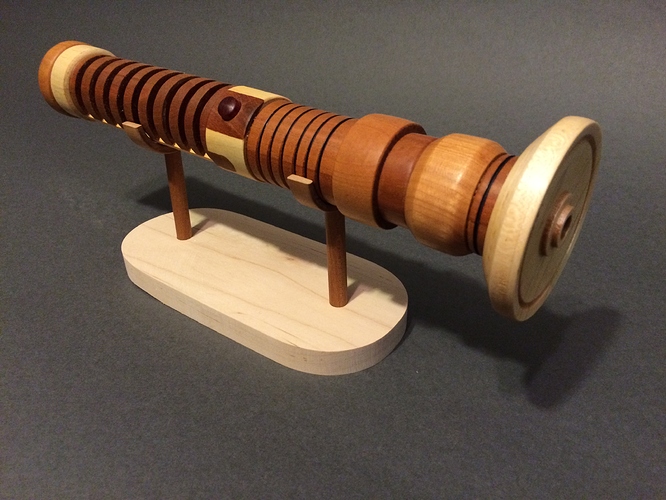 This one is woodturning not laser. 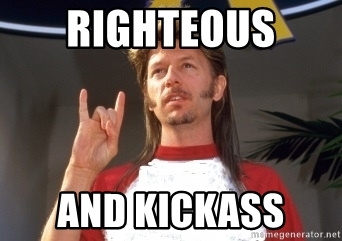 Heh - I made up a quickie design for a friend to use as her profile pic that combined the SW rebel logo with RBG’s favorite collar. She then said another friend was going to make shirts. I told her the Mouse would take them down and she poo poo’d me. Less than 24 hours folks.
Honestly I don’t even think it was the Mouse directly - just the printing company knowing the Mouse would be along. I actually got an order in before that 24 hours and so far have received 2/3rd of it. We’ll see if the rest arrives

Not being able to utilize M.C. Escher makes me sad. In the past I researched what it would take to license some works. It was either too hard, too expensive or both, Escher stuff begs to be lasered.

Yeah - I mean SunFrog’s case was so large because it was willful infringement but it definitely set a precedent.

It had a lot of details going on that probably brought it past a normal infringement case (that seem really similar to how Etsy operates in a way… by allowing it to happen - but they were manufacturing the pieces). But as a printer, whew. I think Walmart, CVS, etc are all really careful about what prints they reproduce if they look professional enough.

This was RedBubble, and they are definitely way more careful than say TeePublic - but they’ve also been around longer so it may be an experience thing

You can do it for yourself, but not to distribute or make money on. Kind of like the license for DVD movies: no public showings even if not for $. No copy except for archive.

and @jbmanning5, yeah, that was pretty dang stupid. Are they a US company? Is their HQ in the US? Why in the world would they have been so slow to change?

And football, both college and NFL.
Made some college team logo’s for a few friends and they wanted to go massive. I said let me check.

The license to do so would not be for a hobbyist. The restrictions and requirements are crazy train (I don’t have a finance officer to name with direct contact and I dislike doing my taxes yearly, much less sending them off to someone on a quarterly report basis).
For some large firm like Sportsmania, you could probably afford it.
So I asked them directly if they were willing to do all the paper work while I remained the busy elf in the woodshed, ignorant of all the demands of a corporate world, and of course they said no way.

I said Happy Trails. Let people drool over the one of a kinds someone, somewhere made for you.