Spent a little time in Illustrator refining this design from a previous one. Wanted to round out the O and add a heart to give it a touch more personality. I think it’s really close to being a finished design, so I want to think next about the various combinations of materials I could use that would make it look even better.

What are your thoughts on combinations of colors, woods, acrylics, etc? What can you see looking awesome?

(This one is made with 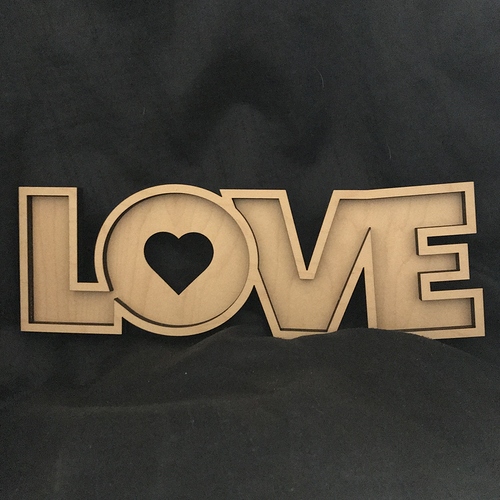 Backlighting the heart would be pretty I think.

An easy way to test how it might look would be to tape a diffuser (can be anything, even a paper towel) behind the heart and just aiming a flashlight at it, just to see how it looks.

Backlighting? I was thinking a red, white, or other light color acrylic cut-to-fit inset for the middle of the “O”. The acrylic could also be etched to give it a frosted-glass look, or to have a heart in the heart. (Or multiple small hearts engraved in a heart acrylic inset.)

With the caveat about not asking an engineer about aesthetics…

Red Acrylic border (and heart inlay) with frosted or white letter fills. This will be an awesome Valentines day gift

I’m thinking of a beating heart with a flashing LED would really set it off.

You could cap it with clear acrylic and fill it with stuff. I would still leave at least one layer above the acrylic for a lip, but that’s just one idea 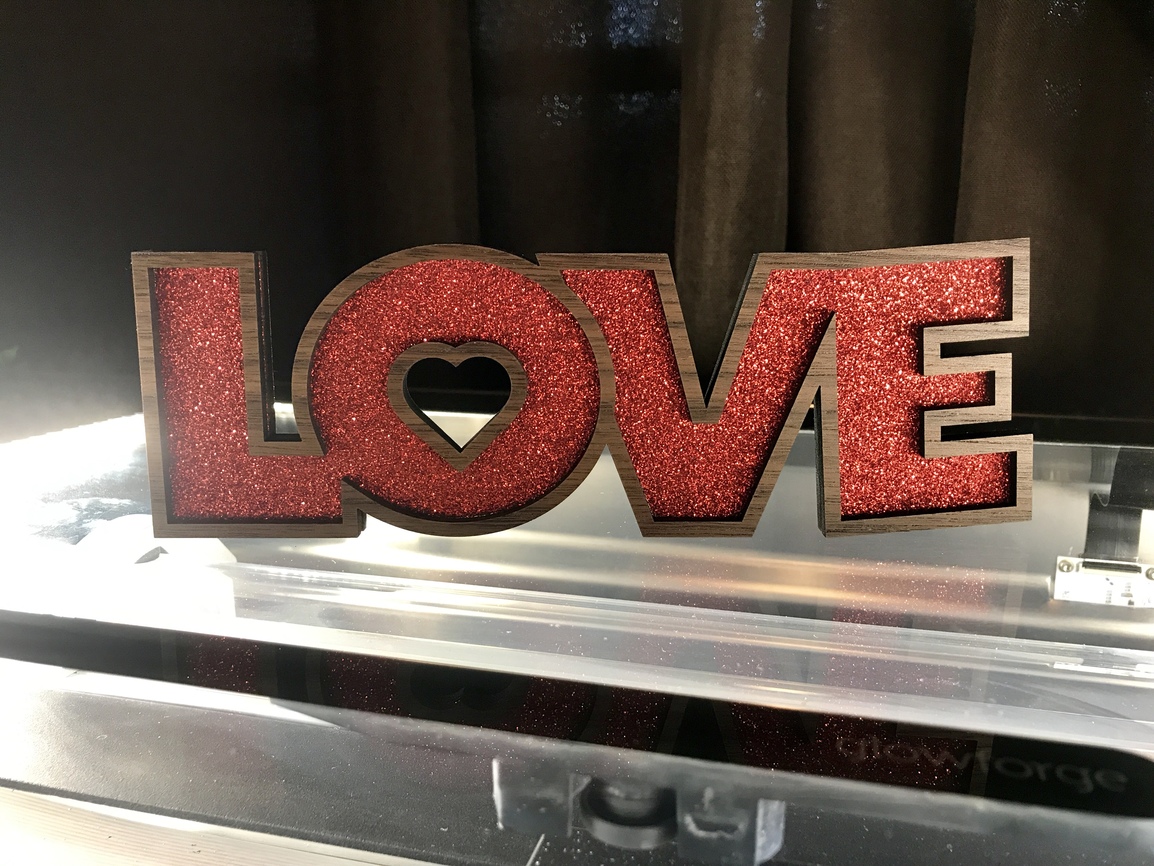 I’m liking all the iterations! 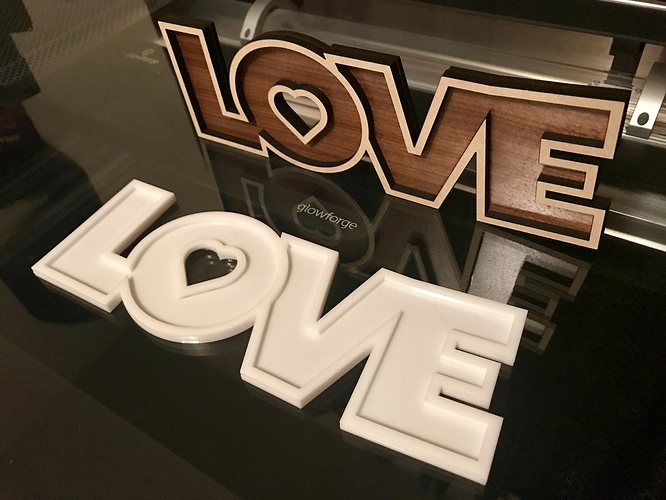 Yes, I like the white acrylic too. Did you try the colored acrylics? The Red and white would be stunning for Valentines day.

I have not made any with red acrylic yet, but I just got some red in yesterday so that is on the list to be sure.