OK… OK before the warning about PVC, etc, I KNOW! VERBOTEN

I am trying to make a ‘gold record’ award, and make my own "records’ out of acrylic
and playing with vectors and gradients to get the effect of a record 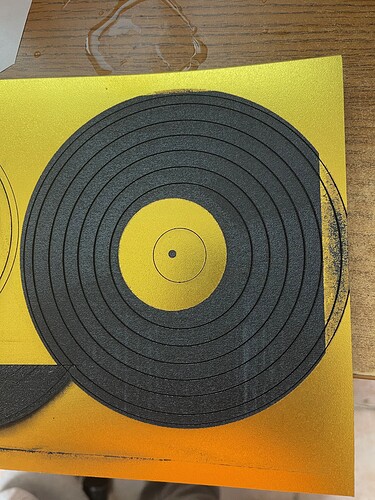 and the question popped into my mind… CAN YOU MAKE A RECORD on the GF?
using variable power to ‘burn the grooves’ – @evansd2 ?

It’s been done, though I don’t know if it was done on a glowforge. 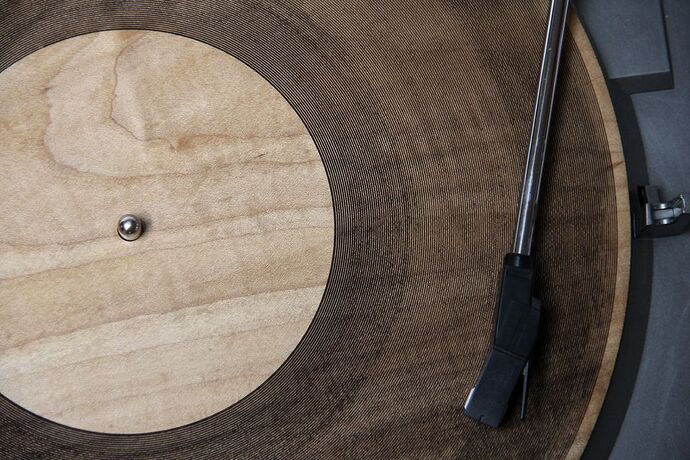 How to Make a Playable Record Using a Laser Cutter

Last year we posted about a tutorial by Amanda Ghassaei of Instructables on how to turn MP3s into playable 3D printed records. Ghassaei recently posted a

Google will fill in the blanks.

How to Make a Playable Record Using a Laser Cutter

Pretty sure I have the record Made on a Glowforge

One of my oldest and closest friends turned 45 yesterday. He made it very clear he did not want any gifts from anybody. Which is fine… He’s got everything he wants. But all of a sudden on Thursday I decided I should make him something anyway. Well, he’s 45, so… why not a 45? I went about finding the dimensions for a 45. And I realized there was more to it than I was originally thinking. I found the best website in the world for getting the dimensions correct. Turns out that the RIAA spe…

THANKS! - Yea, I was working on the tech to LOOK like a record, then I would get all the sizes, I could try scoring a piece of acrylic 2000 times, but I am concerned my GF would explode

CAN YOU MAKE A RECORD on the GF

This question plagued me for a while. I was looking at different sound recording programs to see it I can burn depth with a vary powerbased on color…then at some point, I read somewhere that it worked best by having a machine scratch it in, and that a laser could do it, but the grooves would need to be really close and would cause issues with melting and heat…I wanted to use black acrylic.

Anyways, at that point, it was too much effort for me since I really know absolutely nothing about music (the whole thing was an idea for a father’s day gift, but I went a different direction for my father instead). If you can figure it out, that would be very cool. I’d like to hear that. 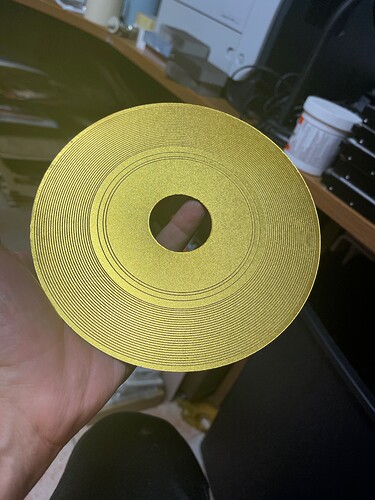 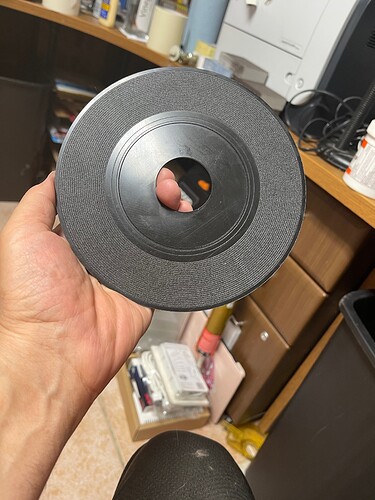 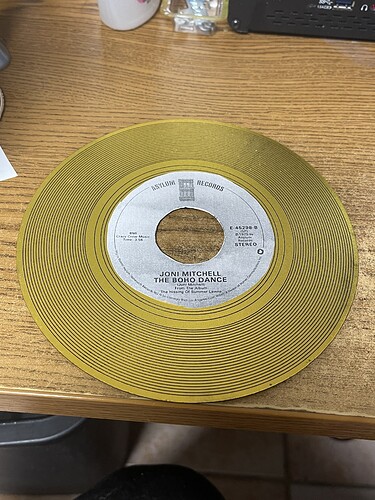 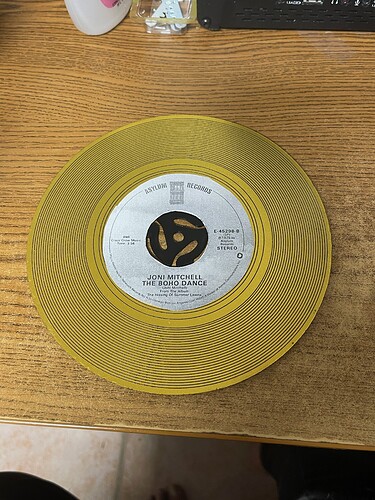 Glad you brought this kind of project back up to the foreground. I like the idea of a gold record. Off to source from appropriate acrylic.

Just need to get that paper label cut with the laser!

the GF NOW SUPPORTS paper!!! – Muhahahahahaha
I actually cheated and created a copy of the record .svg, using the circles it has for cut and change it to paper cut!!