Mardi Gras that is finally over

So, as I have mentioned before, I am active in IEEE (a professional electrical engineering organization) and currently serve as the US Southeast region student activities chair. In early February someone mentioned I should check out the discord for the regions annual university robotics competition. Which is a competition that the hosting section decides the years game rules for and manages everything to make it happen. However, because it is a student activity, my role does have ultimate authority to step in if needed.

Anyways, I checked out the discord and it was chaos. The students were rioting (its about 40 universities and most students are doing it for their senior design project). So they were understandably frustrated when they buy all the materials listed in the rules BOM but no one had actually built a track to make sure that its actually possible with the materials listed. So I had to step in and turned my sewing space into a robotics prototyping space, buy all materials from the BOM, try and resolve all the design issues in the track, document the build, and also try and learn discord. The documented build was then provided to students to clarify the board design and then the hosting section used the guide to make the 8 competition boards to be used at the competition.

I used the glowforge to make all the skylines and 3D printed all the cup and net holders and the “marshmallow” (which I ended up 3D printing because I guess it never crossed anyone mind that if a bot runs over a real marshmallow and it got stuck in the tread, then it will smear it all over the board). So here are the results: 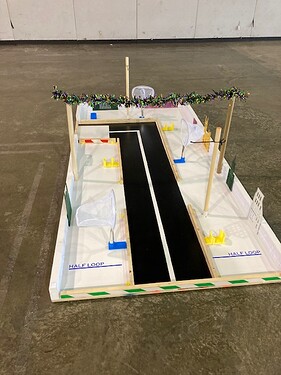 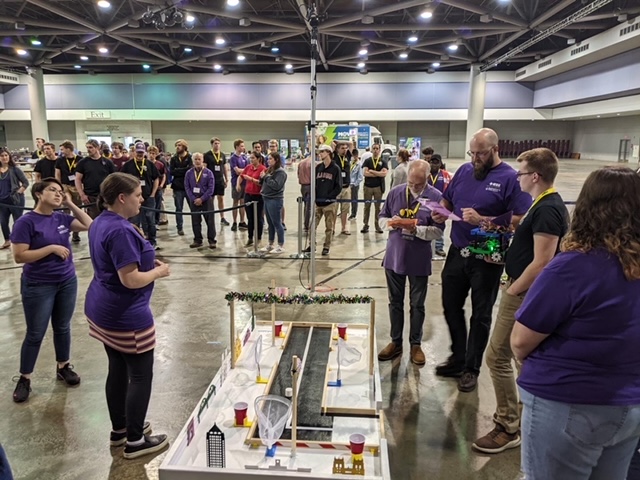 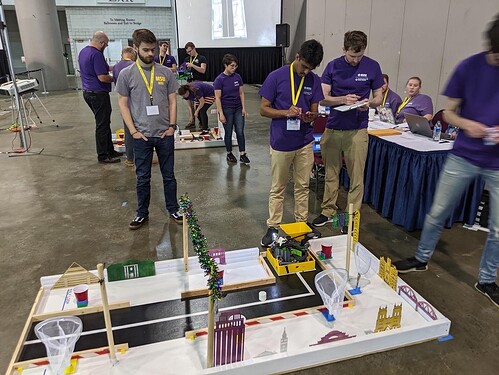 Here is a video of Virginia Techs bot doing the run:

The trophy I had redone with the glowforge was finally given out to University of North Carolina Charlotte (who won this year). So now the trophy is in a better place

Students also decorated these cut mask kits made on the GF: 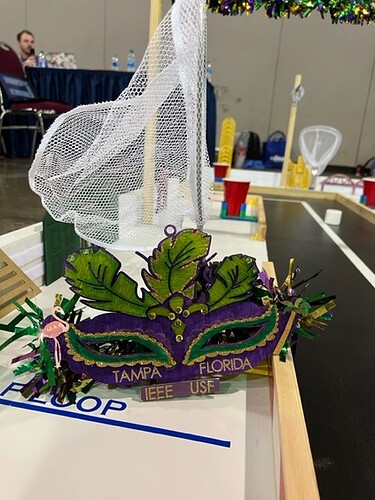 And I also made some glass trophies: 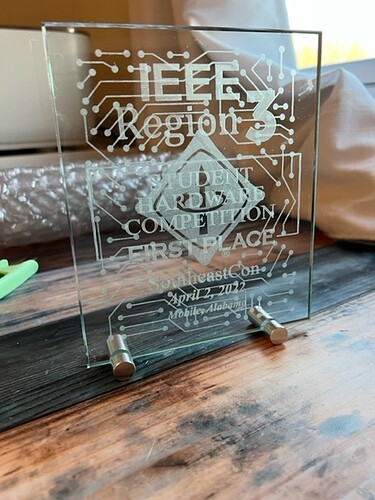 Anyways, the conference went great and I can finally sleep at night…until next year

Wow, impressive. You deserve a break.

The competition was March 30th - April 2nd. So I have been regaining sanity for the past month. I cried just a little when it finally ended…idk why lol.

The first night of the competition I finally got into bed only to get a text a few minutes later that said “do we have a burn kit?”…I guess next year we should have a soldering workshop…

But it was not just the student side of the conference putting out fires, all areas were. I guess everyone thought it would be easy to remember how to run a large conference in person again. There were so many “oh ya, I forgot that we need that resource” moments.

I love the glass trophies and the fact that you are investing in the next generation. Well done!