So this is a double post, one I am having a problem, and i am also going to give a tip to folks who use Fusion 360 to generate their designs and are encountering a problem with patterns (GF Support scroll halfway down):

First the tip:
So you like using patterns. For instance for this current job the person needed a backplane to mount some electronics using M3 screws with nuts. So the job consists of hundreds of M3 clearance holes and M3 nut pockets. So in Fusion (or pretty much any CAD program you can define a pattern (either rectangular or horizontal). Normally I would use OnShape but Fusion produces closed polygons in the DXF files so for the nut pockets since they need to engrave this is better. Now anyone who has attempted this kind of thing in Fusion knows it will instantly choke on a massive pattern (even though the number of vertices and line segments shouldn’t have been challenging even for a 1980 Apple ][, and the fact that it chokes a GPU accelerated i7 machine with plenty of RAM is weird. However choke it does (And it chokes in 2D sketch mode). Weirdly the general suggestion from Autodesk is to pattern using feature patterns (i.e. the 3D model) which is great for 3D printing and CNC machining where the 3D model is the product. But for a laser you want the sketches directly. Anyway, the secret to not killing yourself, is turn off “Show Profile” in the sketch dialog in Fusion. For some reason this is the thing that kills it. 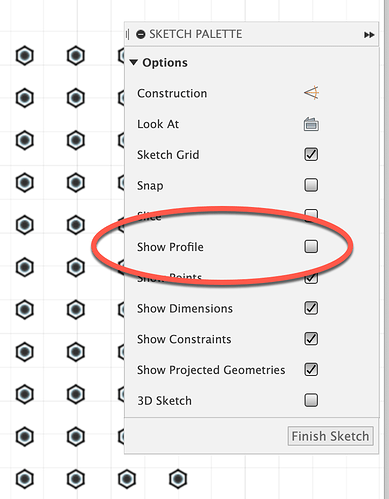 Now the Bug
OK so here is the file that I sent to the GF: 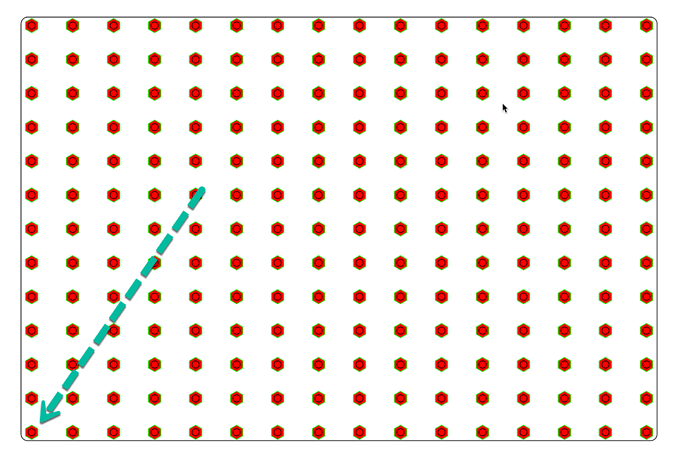 Now here is the GFUI view of that same file: 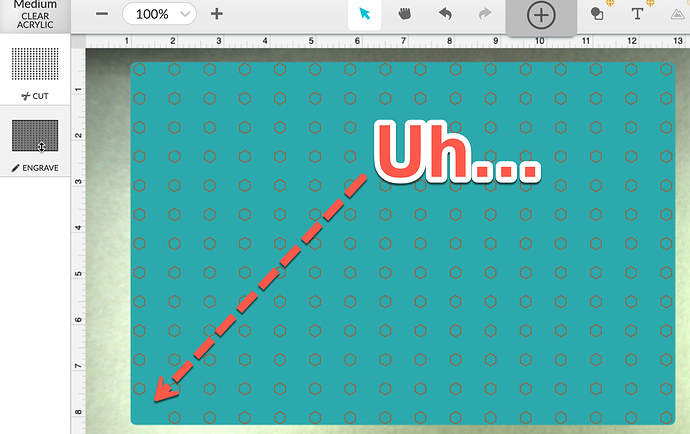 Backplane.svg.zip (9.4 KB)
I’m sure someone like @chris is looking into the SVG code already, but so weird that it selects THAT SINGLE hexagon and circle to go missing.

Now weirdly when I remove the outer rectangle (moved it to a separate file), it causes the missing element to return 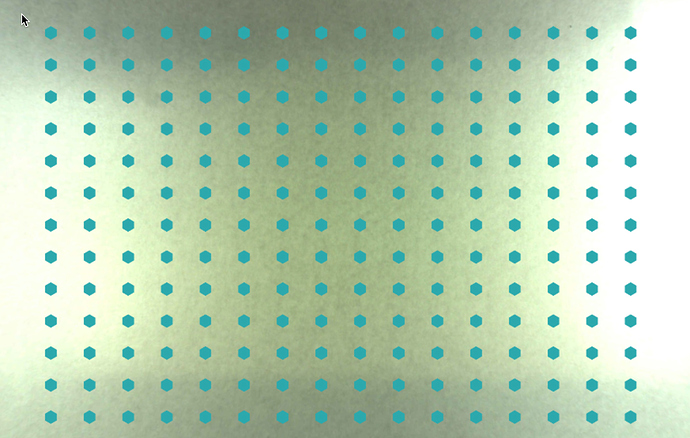 This should be interesting. I’m just gonna hang out over here on the sideline and watch!

fwiw, the file in the zip uploads to the UI fine for me. 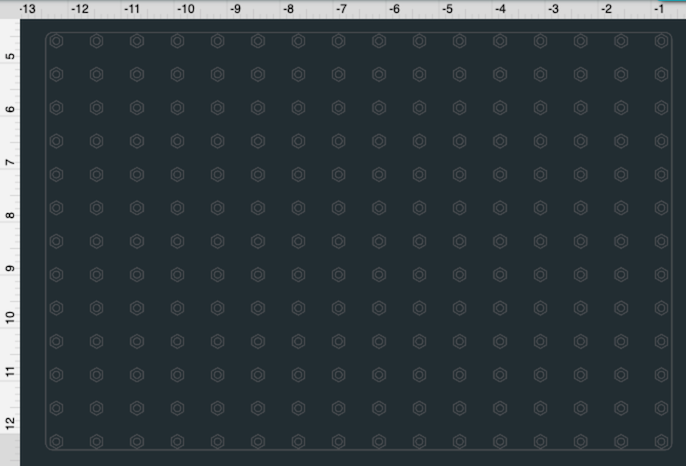 First, thanx for the great tip! If I remember it, it will come in very handy one day.

As to the bug, I’ve experienced this as well (some random vector missing in the preview). The good news is that every time I have been brave enough to push the button it is there in the motion plan, just missing from the preview.

Thanks for letting us know about this (and for sharing your Fusion 360 tip)! I was able to reproduce the same issue in the app when uploading this design and using the settings from your example. I did run a test print from this state as well, and the design prints as expected, with no portions missing. It seems that this issue is visual only, but we’re looking into it now. I’ll follow up with more details as soon as I know more.

Thank you for your patience. We’ve heard back from our team.

They are able to reproduce this behavior as well, and they’re looking into it now. I’m going to close this post, but please start a new topic if you run into any other trouble. Thanks again for bringing this to our attention!