I would do this with lots of smaller pieces if I didn’t have to cut them by hand. It would be pretty in acrylic too. If the fold lines were scored, I imagine it would be easy to heat and bend. 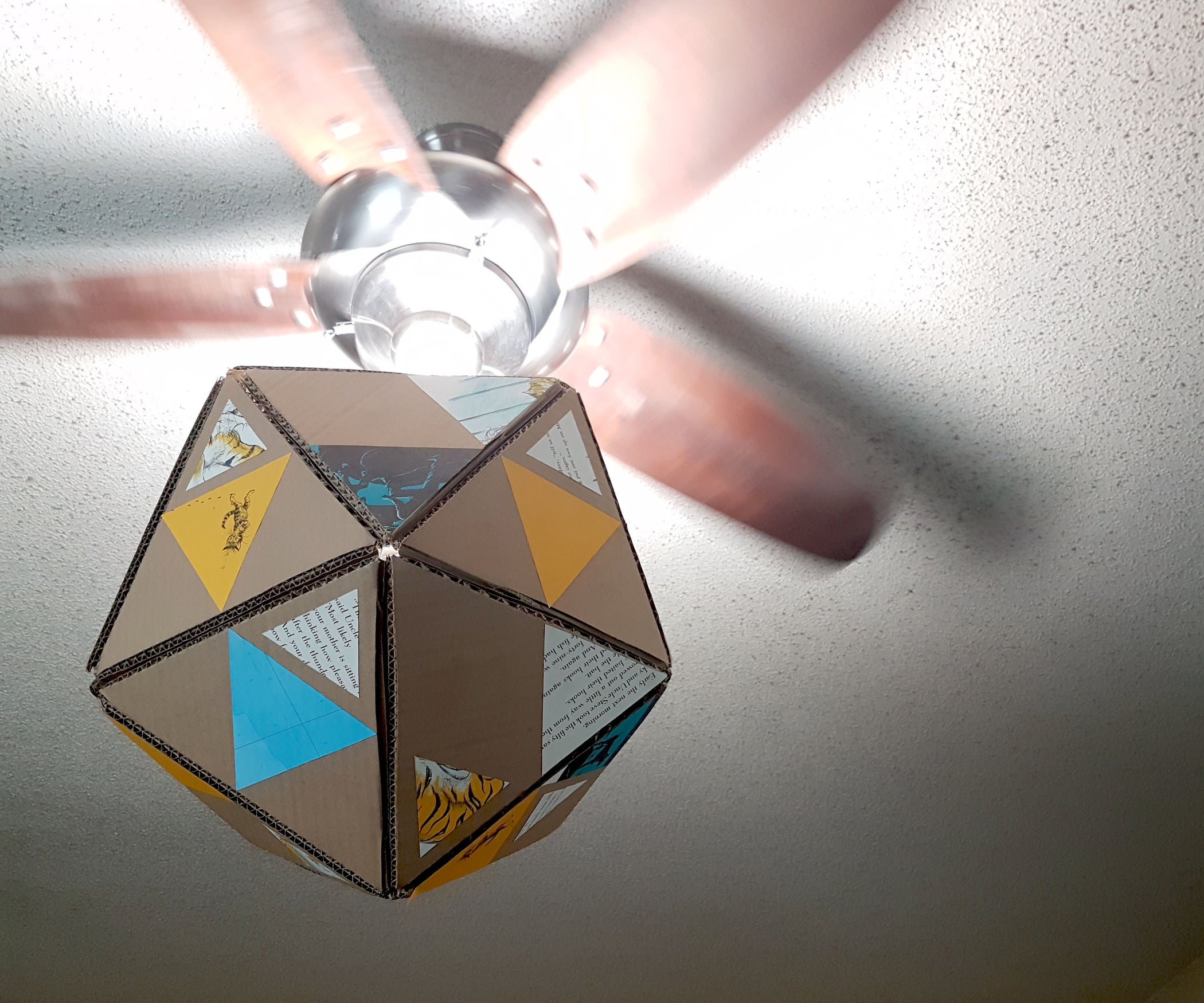 Modular Cardboard Lampshade : The light on my living room ceiling fan was too bright and reflecting on my tv, so I decided I needed a lampshade that would direct the light up and block the light from the sides. This cardboard shade was easy, quick,... 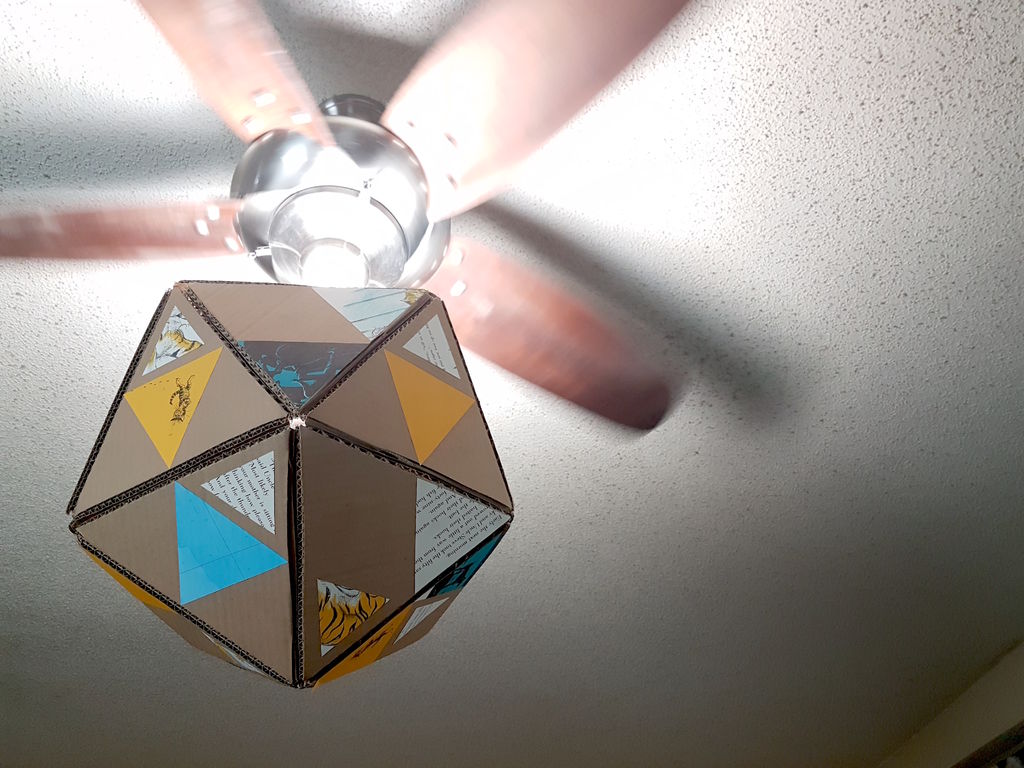 Interesting idea - that would be so cool in a classroom. Kind of like the cardboard globe shade in the vids, only requiring a lot less cardboard!

Perfect project for Glowforge! Love it

Yea, my husband wanted me to put numbers on it like his D-20. I’m nerdy, but not so nerdy that I need my house to be evidence of it.

I was just asked today to make an acrylic patterned dodecahedron lampshade. This guy’s idea is to make either the light or the shade move to create cool patterns on the walls.

Crazy. I’ve found shining patterns on the wall through a lampshade to be more complex than I thought it would be. There’s something about the size of the cutouts vs the distance to the walls and possibly the type of light that needs to be just right to make it work well. Correct me if I’m wrong.

Correct me if I’m wrong.

Heh. We’ll find out! The guy’s going to design the pattern himself. I’ll mention your thoughts!

I’m not siding with your husband because of The Bro Code. I’m siding with him because he’s right.

if the die was made of frosted acrylic, d20 numbers could be illuminated/projected from within for game night, but turned off for date night…

Cool idea for an accent lamp! Of course it doesn’t work for this one as the only light source in the living room.