Uploaded with permission of artist.

These are the pendants that @evansd2 helped me with the outlines last week. The artist and I decided they would better with a simple circle and necklace bail on top.

After I add blue painters tape to both sides and cut the material to length, I engrave and cut them on the Glowforge. He cleans them up and adds a necklace. 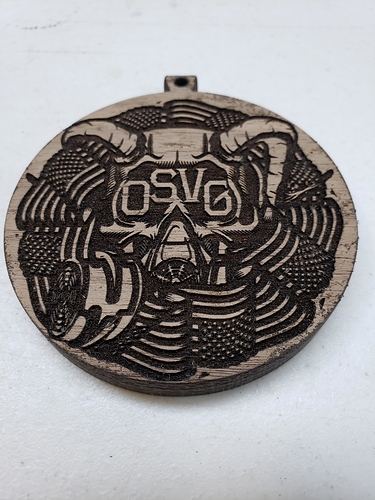 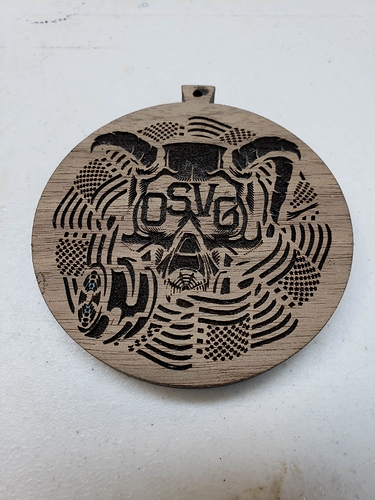 They are made of 3/8" walnut from Ocooch Hardwoods and are a little under 3" in diameter.

They turned out great!

Nicely done! I would experiment a bit more with the bale. Sharp points focus stress to themselves making breaking more likely there and even if the top is not too thin, the eye of the viewer thinks you left something off…

I totally agree. I sent him this as a starting point. The sharp corners on cutting were blowing out the back side, which is a known “feature” of lasers.

He is also going to drill a hole from left to right on the bail instead of having one cut with the GF. 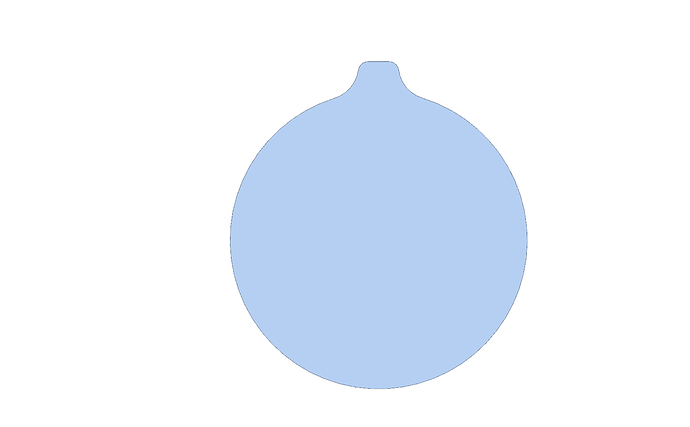 yes this is my current configuration wth an ellipse so it can spread out the forces, 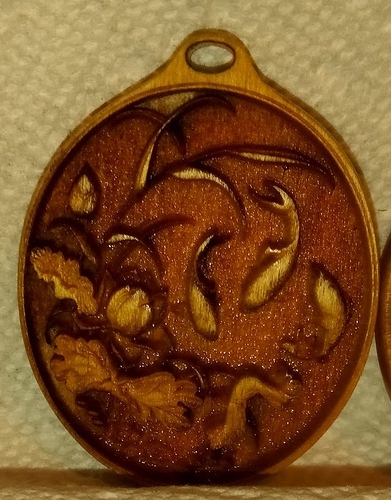 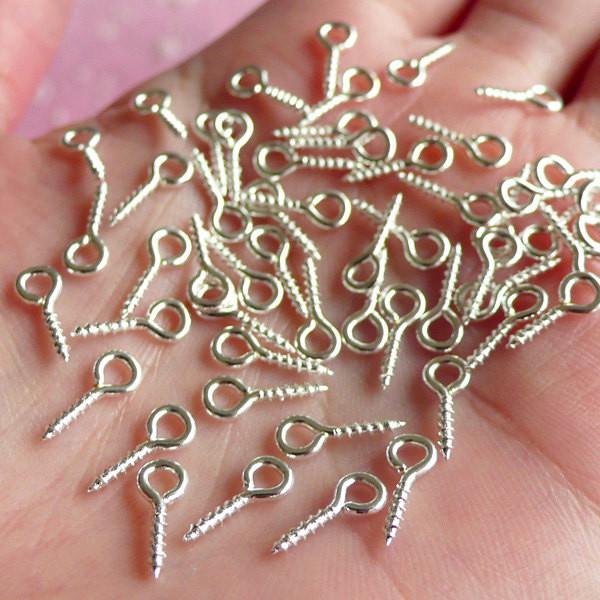 I thought about those too, but wondered about them pulling out, even with good glue.

wondered about them pulling out,

With CA glue something else would break anyway. in general I would not prefer them as I like “all wood” to be all wood and acrylic would show, but making a daisy chain of flowers as a necklace as example with bits of chain between the flowers would not fit that rule anyway.

Trickier would be a wooden bail with a leather cord.