My wife’s family has a huge tradition centered around stocking stuffers. It’s a whole process where you have to have a specific drink and breakfast pastry, everyone has their own giant stocking (though this year the stockings were “regular size”), and every person there gets 2 stocking stuffers for every other person there! This year we had 10 people! Also this year, we had a theme for the first time. For one stocking stuffer it could be whatever, but the other one was a “make-it”. Thank God I received the Glowforge in time!!!

For Uncle Randy I made a Gift of Good Measure keychain with a leather strap that had his name engraved on it.
For his wife Cindy and Aunt Donna I made bookmarks with their names engraved on them.
For @martinell.jan I made a cover for her laptop’s webcam… It had this engraved on it: 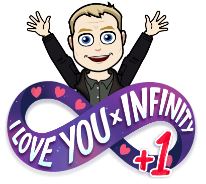 (That’s my emoji from Bitmoji)

For everyone else I made boxes. It started with an idea from Jan to make grandma Jean a yarn box. I looked up some boxes for ideas and came up with this: 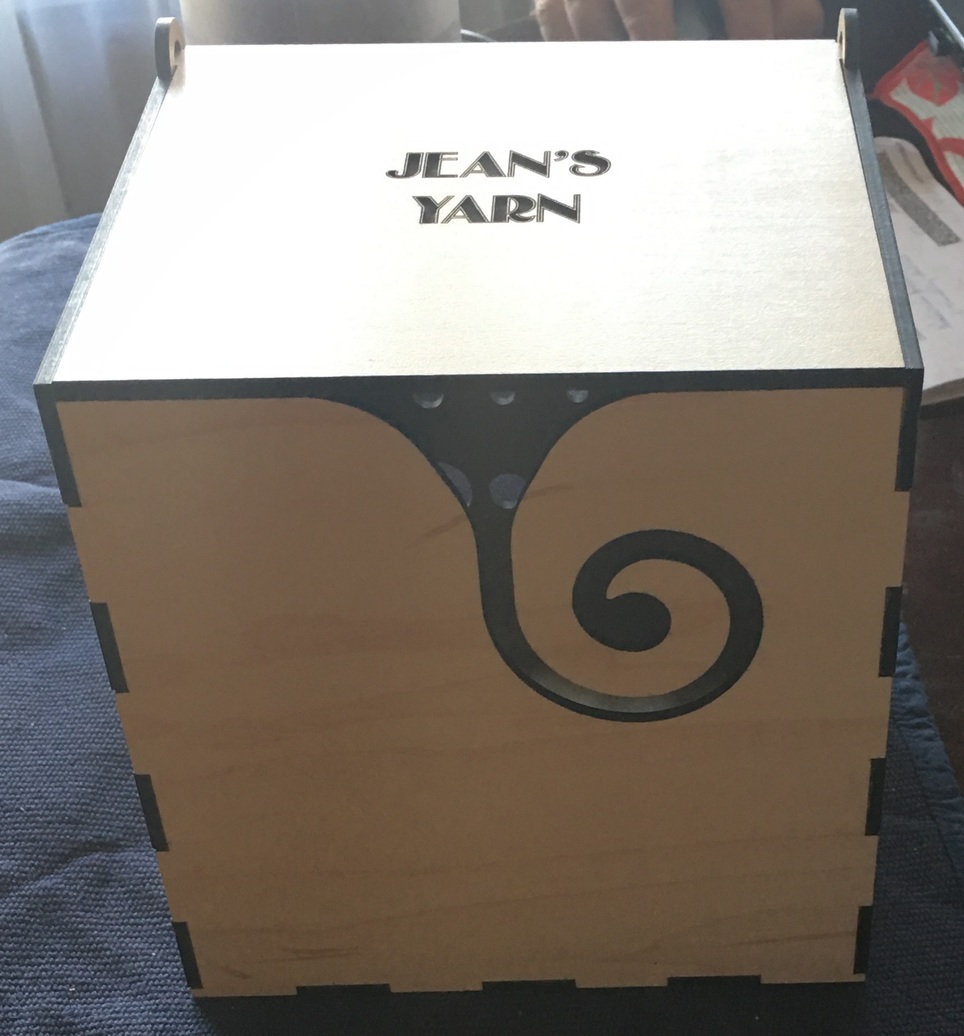 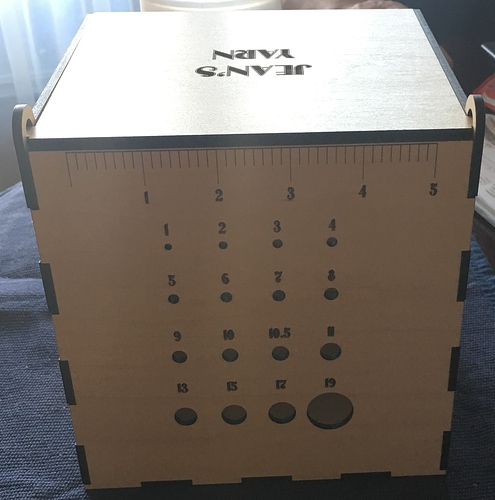 It’s a 6" cube with needle sizers on the back. I used a simple hinge so I wouldn’t have to use any hardware… and since we were travelling, all of the boxes were left un-assembled and were then glued after everyone opened them Christmas morning.

For my niece, Maddy, I made a pencil box on which I engraved the logo of her favorite game, Overwatch. 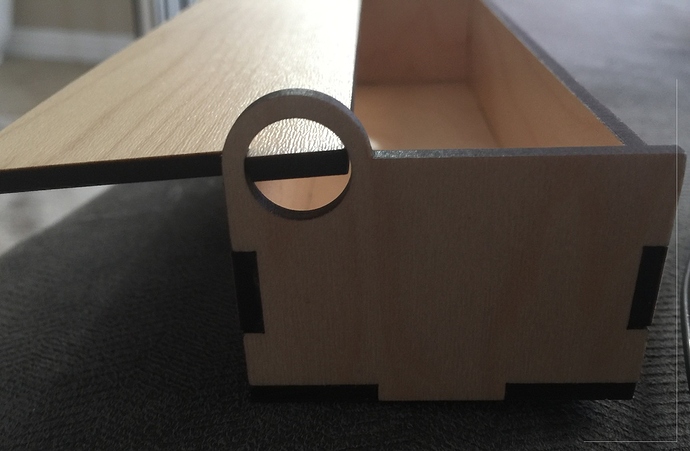 For my father-in-law, I made a driver bit-box. This had the most pieces because it needed the slots to insert the bits into, but it wasn’t the most difficult. 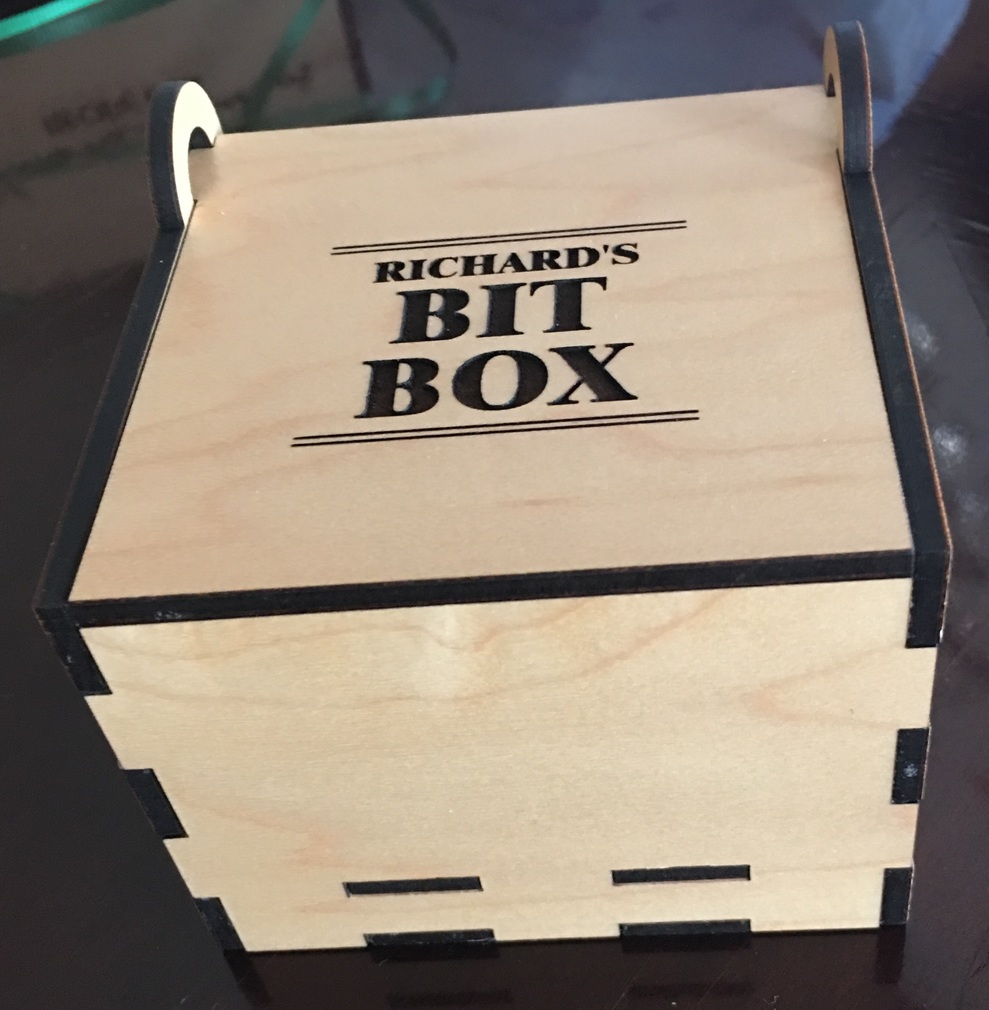 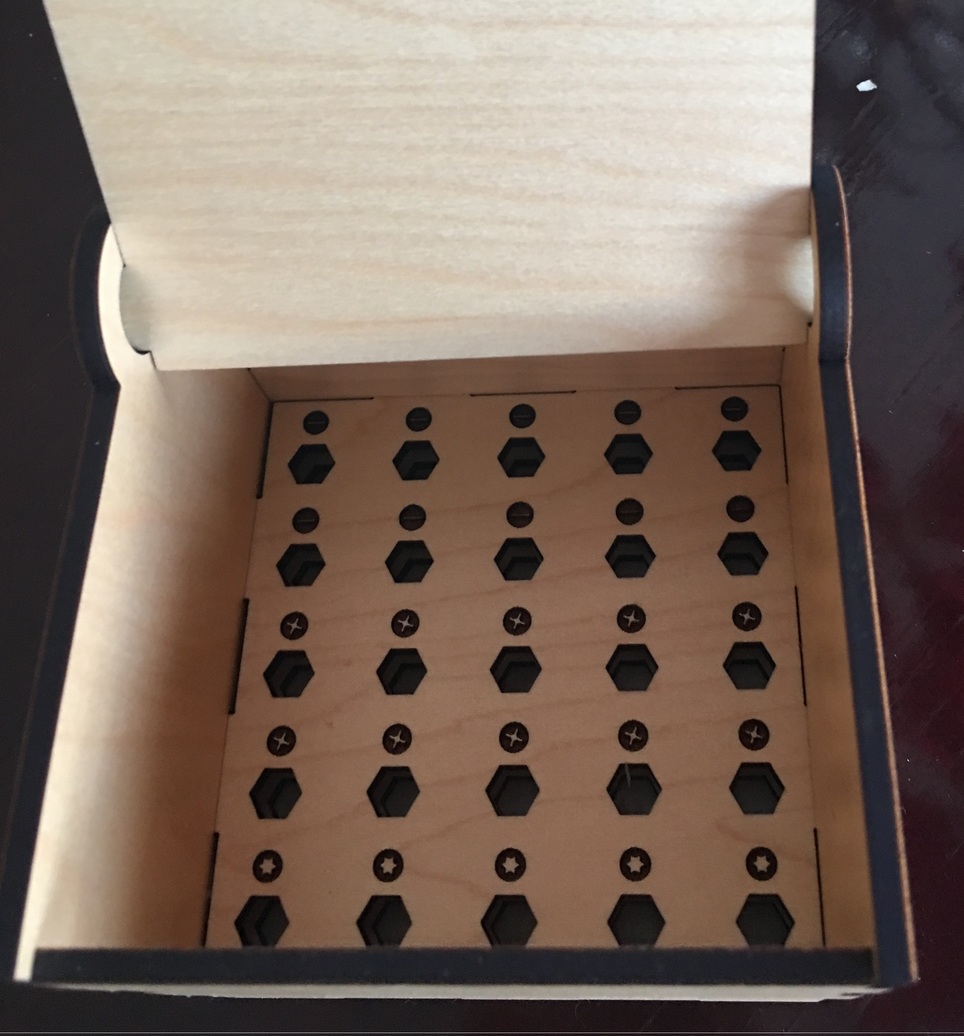 The most difficult was the present that I made for my sister-in-law and my mother-in-law. I started with this: 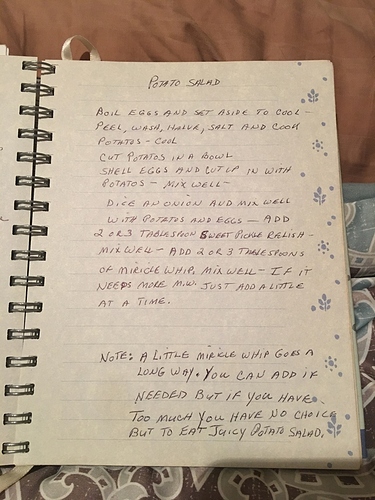 Years ago, before she passed Grandma Verla wrote down all of her recipes and gave the book to Karen (sister-in-law). This is a photo that Karen took with her cell phone and sent to us. I pulled the image into Inkscape and through some bitmap tracing, was able to mostly grab all of the text. I used it to make this: 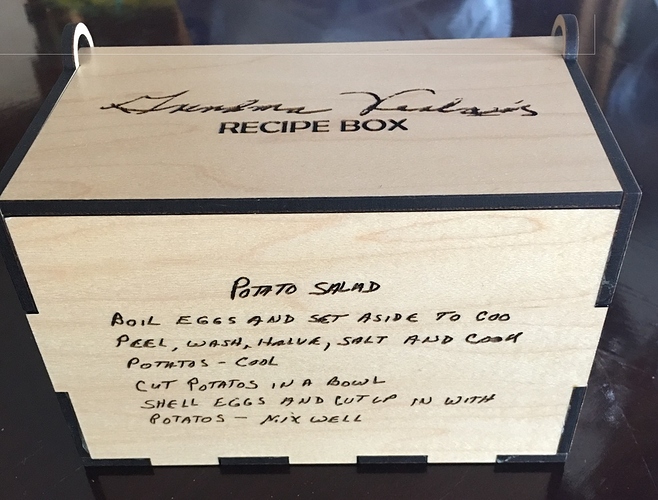 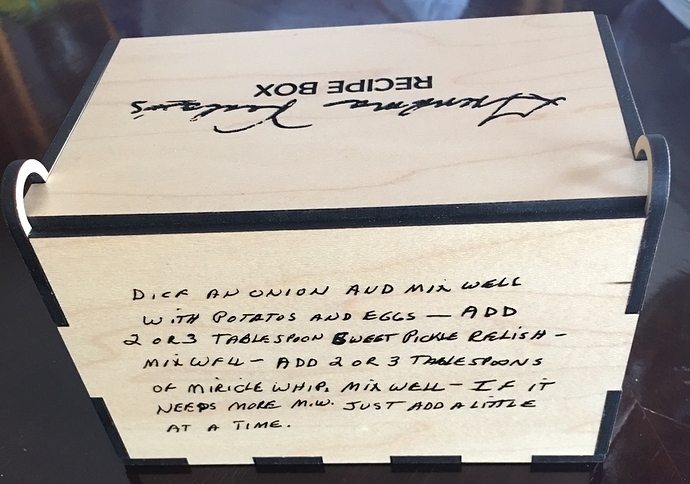 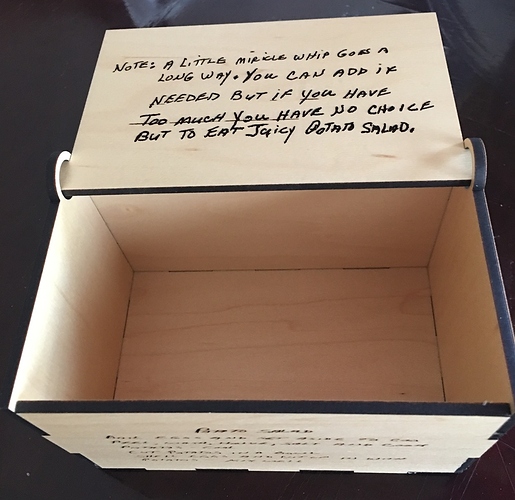 I was supposed to make boxes with different things on them for each person, but I just didn’t have the time, so they both got the same one. I will go back and re-make it with different text for the other… but it’s a lot of work removing everything that isn’t text from a bitmap trace! What’s awesome is that I can snag letters here and there to complete things as needed. For the name on the lid, for example, I added the “'s” after Verla by snagging a comma and an “s” from somewhere else.

The simple hinges are really cool!

Thanks for giving me next year’s idea for the yarn box.

I really like what you did with the recipe box. I also feel really bad about mentioning this, but you dropped an L in cool. Considering how no one noticed the multitude of mistakes and unforced errors in what I made this year only a few of us OCD types will notice. Heck, people wanted to save the gift tags I made from scrap pieces.

Thanks. I can chalk it up to faded penmanship on the part of the author… except I can see the L plain as day in the original recipe. D’Oh!

The recipe box is really awesome, using Grandma’s own handwriting (and spelling) to personalize it. I especially love the note at the end

The yarn box is fabulous! What a great idea.

Yes, the handwriting makes it!
I must say that recipe book is remarkably unstained. in my Wife’s handed down from her Mother, the ingredients are on the page as well as written down!

I just love that recipe box!

Recipe box is the bomb!