Is there a way to break the filter cartridge into its separate parts? Right now the carbon filter is tied to the length of the HEPA and medium efficiency filters (I assume HEPA), which fills up significantly faster. Beam Air is doing something similar, but I really don’t want to buy another filter when I have invested in this one. The expense to customers could be cut several hundred if not more than a thousand dollars per year depending on use and materials. Here is the link. 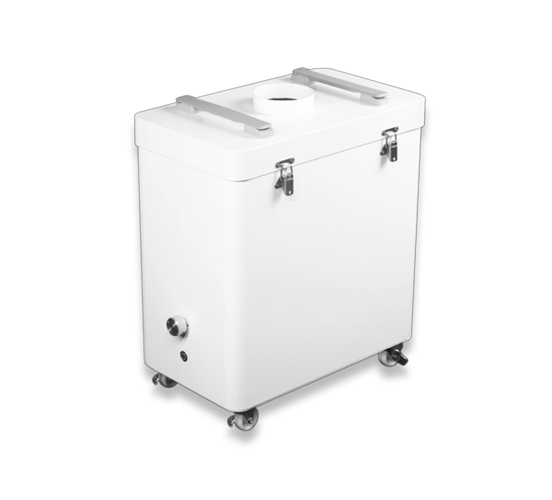 Beam Air Fume Extractor The Beam Air is a universal fume extractor for laser cutters. Whether planning to buy a laser cutter for home, hobby, or business use, the Beam Air can provide the ability to minimize or eliminate a majority of particles and...

Why was this moved to beyond the manual? I was asking the support team if this is something that is supported or planned to be supported.

Most likely moved because support is to open tickets to help with troubleshooting and problem resolution. Since you’re asking about altering the GF external filter, it’s not something within their scope. It’s likely that a community member might have some input for you.

It’s not a modification. Much like they replaced the compact filter cartridge with the new one, this can be done. No modifications required. With it being in beyond the manual, no one at GF will see it and it won’t get fixed.

So I can’t say for certain but I think it only matters where the thread was created. Pretty sure you created a ticket when you opened the topic.

I moved it back just in case, but I think you’re good.

As for the idea, I like it. Not only is it potentially cheaper for the consumer it should lead to a reduction in waste, both good things.

I think you can move it yourself if you are the thread creator? There’s a little pencil up by the title of the thread if you scroll all the way up. Clicking it should let you alter the title, tags, and category. Don’t hold me to that because it may be a regular-only ability, but my understanding was that being a regular just gave you the ability to change those things on other people’s threads.