My Box-o-matic files sometimes separate when I rearrange them to fit on my Glowforge - Why does this happen? I am new to boxomatic and fairly new to illustrator. 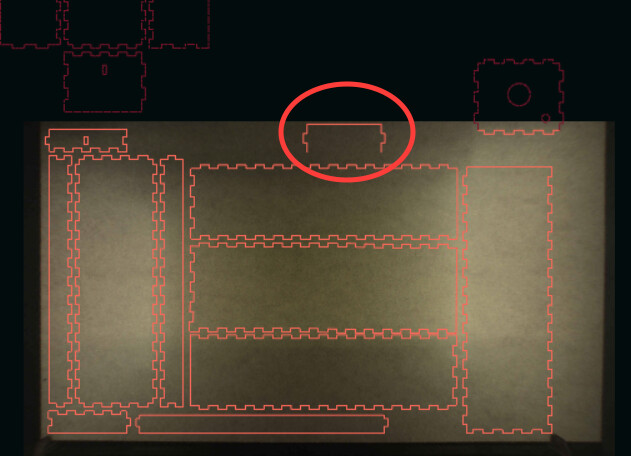 How can I prevent this? I’m using illustrator

I’ve been working with the Box-o-matic creator on this. The issue is that by default, each edge of a piece is a path, and the paths are only grouped on export, but the glow forge interface does not respect groups. There is an “export option” called “group part edges” that addresses this behavior and makes all 4 edges onto one path, but I don’t know if this is only in the beta test version I have.

If this is only available in my beta, In Inkscape, I have gone in and merged the common endpoints to get a “correct” single path for each piece. this should fix your problem.

thx! I go try this
Cindi

There is an “export option” called “group part edges” that addresses this behavior and makes all 4 edges onto one path, but I don’t know if this is only in the beta test version I have.

It is good to know this

I have gone through many gyrations using combine to get a continuous line and find that each corner has an extra diagonal bit that makes things crazy. After a while, I just kept a run of teeth to either add or subtract on connected sides.

When you go to move something, drag a selection box around the entire piece you want to move. If you miss a part, use the ‘Back’ arrow at the top to undo.

How can I prevent this? I’m using illustrator

Boxomatic outputs segments instead of joined lines or shapes.

In Illustrator : To join one or more open paths, use the Selection tool to select the open paths and click Object > Path > Join . You can also use the keyboard shortcut Ctrl+J (Windows) or Cmd+J (Mac)

Thanks so much- I’ll give that a try. I was trying to group-but that was causing other issues.

Thx! I did try that but it still left little pieces , and then the back arrow would take me further back, and skip the separation. I’d like to be able to prevent this issue when I’m in the design process. I’m working on that today. This group is so helpful! I’ll report back when I am able to fix it.

Yeah, ‘group’ is just that, doesn’t change the line objects fundamentally and GF often ignores that anyway. ‘Join’ will be more laser friendly.

Thank to everyone who tried to Help. The suggestion to “group part edges” in the Box-o-matic" app, fixed the issue. In illustrator,I also went to ‘join the path’ but the were none to join.
But now, I also know to try join paths trick for other projects

Thanks for your help, everyone! @cyvonneh I’m glad to hear that it looks like you were able to resolve the issue!

I’m going to close this thread - if the problem reoccurs, go ahead and post a new topic.