I think it came together pretty well (including an external 190 CFM booster exhaust fan), so I put up some pictures showing its components:
https://imgur.com/a/sINNPPO

Also a YouTube video demonstrating its operation and noise: https://youtu.be/MgQnfP1RjRU

I would certainly appreciate feedback or suggestions…though hopefully nothing snarky about my temporary removal of the Glowforge internal exhaust fan.

Well documented. Should I assume that your warranty is up (or you don’t care…)

An additional benefit of your setup is that you can run the fan longer than the stock fan runs. You just need to be sure to run it.

You may be the only one I’ve seen with that style of booster fan who hasn’t had to caulk/tape the entire thing to stop smoke leaks. Not trying to be snarky, but I’m not sure I understand why you would remove the internal fan (potentially voiding any remaining warranty) and then add a booster for such a short exhaust run. Care to explain the reasoning?
I have a booster fan at the end of my exhaust run but only because it exits through the ceiling, 20 feet up, and I left the internal fan in place.

You would definitely have some pressure differential with the extra fan, causing damage to the internal one from trying to run it faster than it can handle.

Nice setup, looks like you are ready to rock.

causing damage to the internal one from trying to run it faster than it can handle.

The company confirmed the machine’s electronics are protected against the potential generation of power from over speed of the exhaust fan (that fan runs @ 13,000 RPM!)
In my opinion, a better improvement would be to eliminate the obstruction of that exhaust fan grill. (after warranty) 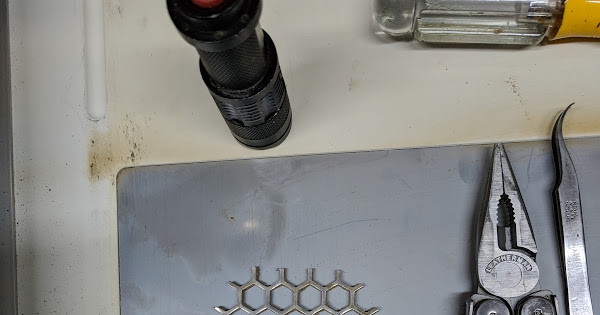 I salute your ability to remove that fan (great picture!). That is not easy.
As JBV said, I found it necessary to completely seal the housing of my booster fan because it leaks from every seam.

That fan moves more air than the booster.

As I understand it, the fan has overload protection (and as @PrintToLaser mentioned as I was typing this and getting distracted by customers) , so it won’t cause any damage to the machine by spinning faster. The fan itself may wear out faster, but I would consider that premature wear, rather than actual damage.

I’m not sure that’s quite right…the “dinky” internal fan seems to be rated to 200 CFM, his external “firehose” is rated at 190 CFM… so less?

I found an old email that says the fan puts out 200 CFM. That might have changed but is likely to be correct.

An 80mm fan moving 200cfm? That seems unlikely in practice.

Even 120mm fans rated at that are pretty far from achieving it in practice.

Regardless, 10 over or 10 under is still not a very big change from stock, hence my curiosity.

Yeah, after my fan developed a violent buzz and vibration I figured it was toast, so I bought one from that vendor. It was weird because it happened at startup one day without a previous clue. It is no ordinary pancake fan, it cost $40.00!
Turned out that removing it and after a thorough cleaning it was fine - so I have a spare…

Nice setup. I’m adding that inline fan to mine this weekend. But I’ll seal it with foil tape as I happen to have it on hand. I noticed I’m getting some odor inside now but it’s undoubtedly because I keep putting it on & off when I pull the unit for a MakerFaire or something.

Caulk or silicone is also an easy and positive method of closing any cracks, joints or seams. When I couldn’t nail the source of the small remaining source, I finally broke down and sealed everything in my 40+ feet of exhaust run.

@d.kevin.mcgrath got my motivation right. I did try running the inline booster fan with the Glowforge fan in place, and it was clear just from the sound that was emitted from the GF fan that it was creating a significant pressure differential. It made a complaining sort of siren whistle sound, not dissimilar to the sound made by a toy siren whistle.

This led me to suspect that removing the GF fan would both clear a significant airflow obstruction (itself) and prevent damage/wear to it. I even considered whether or not the fan itself might turn into a sort of ad-hoc alternator/generator, and send harmful voltage back into the Glowforge? I sincerely doubt that would happen, but I thought it was an amusing idea.

I’m not a fluid dynamics engineer, and can’t explain why the internal fan rated at 182.4 CFM would seem to move so much less air than the 190 CFM inline booster fan I used. Maybe it’s just a trick of my ears, and since the noise from the larger inline fan has a significantly lower pitch than the GF fan, maybe it just seems to my ears like it’s moving more air.

I suspect there is a big difference between a fan attempting to “push” air into a duct (like the GF fan is positioned to do) and having a large, inline booster fan sucking it out more like a vacuum. There is no question (in my mind, at least) that the booster fan creates significantly better airflow, but that seems like something that would require some empirical testing to actually confirm, so take my opinion with a grain of salt!

any fluid dynamic engineers here? I’m very curious to know if doubling the fans increases the total cfm, and how the placement of a centrifugal fan affects velocity (at entrance of duct vs in the middle or at the exit).
I will also accept actual testing with an air flow meter not that expensive , or an in-depth video by matthias wandel

Might want to keep all of your spare parts on hand… if Glowforge ever puts in run protection (in other words, it checks fan activity), and it doesn’t detect your exhaust fan spinning up, you may be hosed.