I’ve been playing around with this design lately, and it seems to over burn a lot when done as a 4" coaster. When I try and do the svg file, it has to be scored. When I try and engrave it there are a bunch of filled sections (i.e. Deadpools face and the flames are completely covered with a filled rectangle in the GFUI).

Does anyone have a cleaned up svg version that I could add my own fills to create shading? When I’ve gone into the file in inkscape, there seems to be an awful lot of open shapes. I don’t think Inkscape has a quick way to close them. However, even when I manually close all the open shapes in a section, it still doesn’t seem to fix the issue of various designs being completely covered by a pink fill in the GFUI.

The best version of this so far has been a png. But that doesn’t allow me to add/remove fills.

I went through in Illustrator and closed all of the paths for everything I wanted to be engraved. As long as kyle_emerick doesn’t have an issue with me sharing it, I’ll post.

Not at all, go right ahead. I shared it under Creative Commons “Attribution + Noncommercial + ShareAlike” licensing.

Here’s what I got when I played around with it…just filled a circle with black then took out what I didn’t want. Thanks for the fun @kyle_emerick 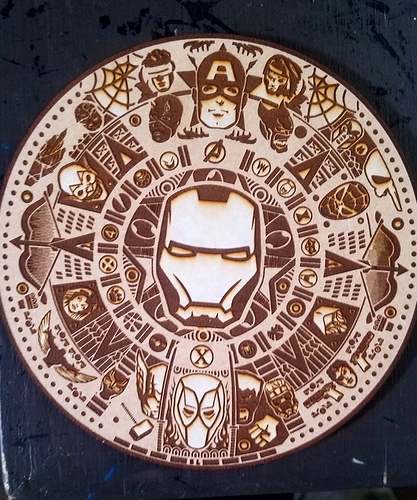 Here are my Illustrator versions. I have left “edit in Illustrator” on for both svgs.

The gradient version was me playing around with a gradient to make the edge taper to the cut. There is also a version without the gradient on the edge.

Comparing mine to the version posted at the top of the page, there are some subtle differences such as the "V"s which I have engraved all, where the original did not engrave the 2 in the bottom half. (I’m sure there are a couple more items that I flopped, since I wasn’t comparing to the original as I worked on the paths).

I engraved mine at 3" and it worked fine. (I think I engraved it in late December) The detail on the head of Thor’s hammer, lines behind the bows and Falcon’s details were starting to fall apart, but who wants to print something like this tiny?
MarvelCalendar.svg.zip (214.0 KB) 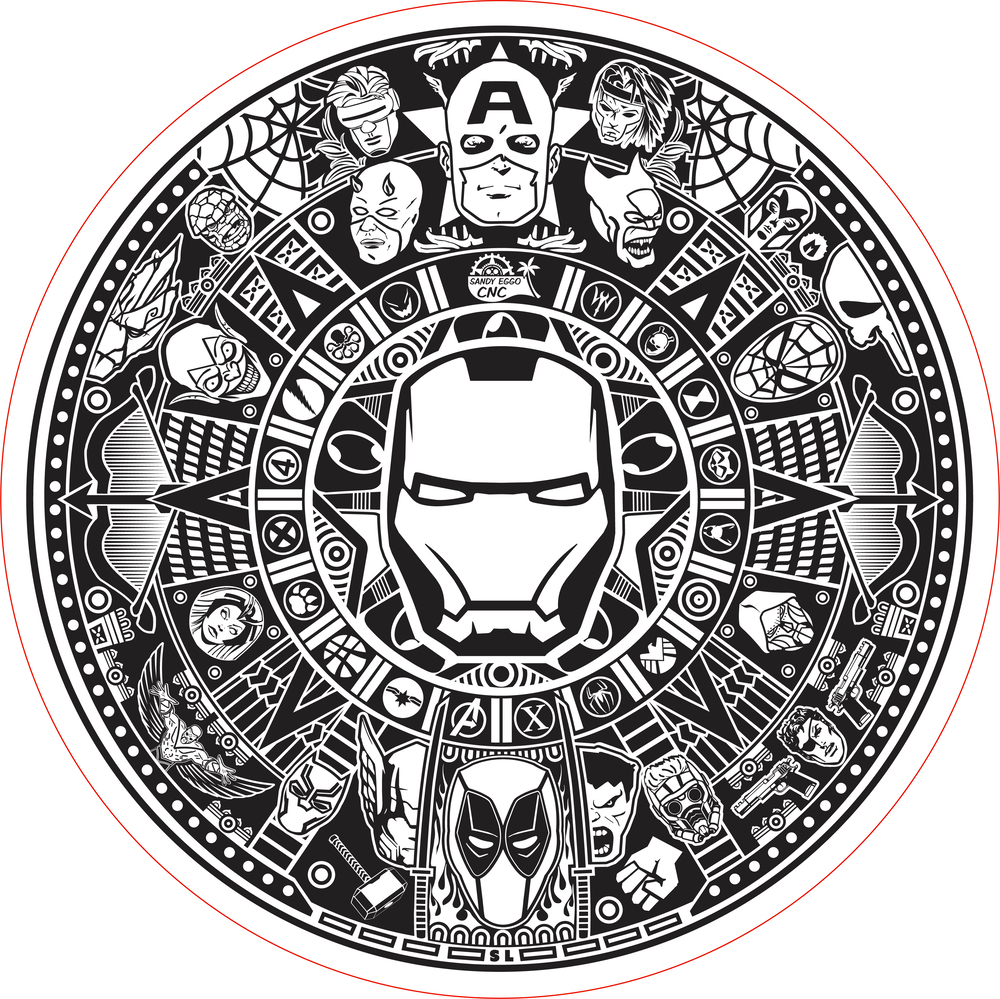 Very cool, this is how I intended the design to be done!

Can you please make an SVG version available like the image shown here? I looked at the SVG in the zip and it’s the inverse… at least from my phone.

Is the mirror function in Inkscape not working in your version? You should be using version 0.92 as it’s the current release.

Chock that up to my Inkscape inexperience… I’ll check out that function. Thank you for the suggestion.

I’ve got Inkscape .92 and it is supposed to be Extensions–> Color --> Negative. But it’s not inverting the color. (Note: Using Filter–> Color --> Invert is also supposed to work, but that doesn’t change the actual color, just the displayed color)

(Got bitten when they removed meters and feet from the dimensions between 91 and 92.)

I’ll have to try it from home as well, just to be sure. Sometimes things are just weird on a work computer.

I just downloaded and checked. It’s the right way. Is there a better way that I can save the Illustrator file for Inkscape users?

I’m not speaking from any knowledge on how to do this, just suggesting possibilities.

No filters are applied to the artwork. I manually joined all paths. The black areas are shapes filled with 100% black in Illustrator. The white areas are empty, so there is nothing to to invert the white out of. The Illustrator color mode is RGB (I know CMYK can cause some issues with other programs that don’t support 4 colors).

This was the same SVG file I uploaded to the GF to make mine, so unless you need to modify the artwork, it should work — unless 50+ GF users try to upload to their GF at the same time.

I assume Inkscape can import PDFs? (Illustrator editing capabilities were left intact) If so, try this:

That PDF did the trick! I was able to load it into Inkscape and convert it back to SVG and do some of the color filling that I had wanted to do.

Your comment before was also leading me down a good path before. Inkscape wasn’t inverting the colors because there was only one color! I was starting to play around with trying to get a shape that had both Black and White fill so that I could then make a negative copy of it. But you sent the PDF and that worked better. THANKS!

Great! So now we just need to note somewhere in the forums that Illustrator people need to save files as pdfs for the Inkscape folks.

I tried to save as an EPS, but Illustrator wouldn’t let me because it had too many paths. I wonder if that was the issue?

Really enjoyed this one! Thanks to everyone who helped getting this file Inkscape and GF ready! 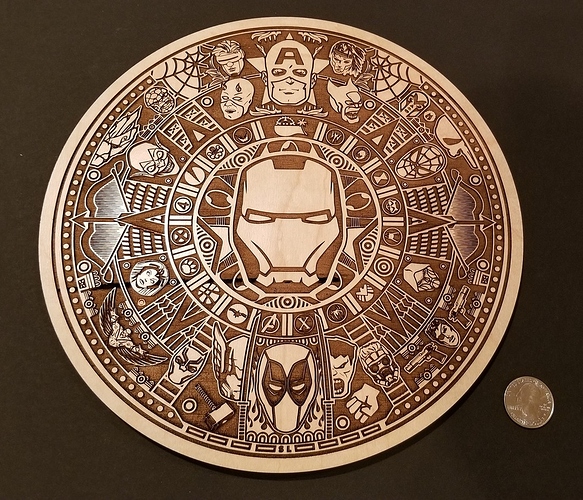 Very cool, that turned out great!