My one (and only) complaint

I love my Glowforge. I am so glad I waited it out. After a month or so now I can’t hardly imagine not having it (or using my free time any other way). Tonight I came across my first real complaint about the design of the machine. Granted, there are lots of things I might wish were different like a deeper or larger cutting bed, but I knew those parameters going into so I can’t count those as design flaws, they were up front about all of that and I can life with it. I also know some features like the passthrough aren’t out yet, but I have faith and hope. No my one complaint comes from a recent project. I was making some Christmas gifts for my nephews and nieces (I have 12–only one brother and one sister-in-law, but 12 nieces and nephews…) I decided to make them some mega-sets of the card building pieces. Can’t remember the name, so I have them a new name and made two different shapes, a clam-shell and a round piece with grooves to hold the playing cards. To keep costs down I decided to make them out of MDF. I found some MDF at a local supplier that cut and engraved beautifully, and as a bonus worked just fine with the proofgrade draft board settings. Granted, this little project amounted to what was several hours (probably 7) of cutting this 1/8 inch MDF. By the end of it the inside of my beautiful Glowforge was a mess. Using tips from the forum I spent the evening getting everything cleaned up, including the crumb tray, but in that process I found my gripe. There is not a good way to clean the exhaust fan. Yea, you can poke some pipe cleaners in there, but you can’t really get to the fan at all to clean the blades off. For a machine that is going to make smoke and have particulates regardless of what you cut or engrave, this seemed to me like a design oversight. Have better access would allow better cleaning. I love this thing and want it to last a very long time (especially with the updated MSRP on new ones

So, no more (or very little MDF or draft board for me (which is a shame because it is super cheap and cuts and etches very well)

I’m putting this in “Everything Else” because I know it’s a rather useless complaint. There’s no way to change the design without going back to scratch. But maybe, if the Glowforge powers that be put out an updated version of the hardware a few years down the road, this is something they could take into account. like I said, only real complaint, the rest is all love

I’m with you on this one. When I was taking down Prometheus to send back I saw just how nasty some of the things I have cut and engraved have been. (I drove Prometheus like a rental, you know, for science!)

I won’t totally avoid sooty things, that would be too limiting but I will factor that in on projects.

I think the bigger concern is that there is no isolation keeping the smoke and crud off of all the electronics. Eventually, everything inside the GF is going to be covered with residue from cutting wood.

It’s a fair point. We do extended lifecycle testing on our Proofgrade line (for obvious reasons) and there’s not much buildup from that at all. We had one batch of 3rd party plywood we tested that make a brand new machine look like a coal mine refugee in under a day, though.

I’m wondering if a vacuum could be applied to the opening without damaging anything? (Something with a brush on it.)

The more sensitive items are kept cleaner by placement. The right side (as looking at the front) is where the power supply and mother boards are and were very clean when I packed up Prometheus for return. The left with the reservoir and exhaust, not so much. Yuck!

I’m wondering if a vacuum could be applied to the opening without damaging anything? (Something with a brush on it.)

I think this is a good idea. The vent holes should be plenty big enough for the brush to get in there.

It’s a fair point. We do extended lifecycle testing on our Proofgrade line (for obvious reasons) and there’s not much buildup from that at all. We had one batch of 3rd party plywood we tested that make a brand new machine look like a coal mine refugee in under a day, though.

What concerns me most is the lack of fan serviceability… maybe. I mean, you might be able to fit your hand in there to replace it, but it’ll be tricky unless you can take the top glass panel off.

The smoke particles are sediment. They will accumulate.

Well, it’s not easy, but when I identified the accumulation as my problem I did manage to clean the fan to a degree.
With the door down I could just squeeze in there enough to hold the fan still with one hand and brush the blades with an old toothbrush.
From the back the fan grill makes it tedious to clean the backside of the fan, but with patience you can scratch the majority of accumulation off by sticking a probe through the grill to obstruct fan movement, and using another to scrape the blades.

The fan grill is a safety requirement to prevent the possibility of contacting an unguarded fan, but seems redundant since exhaust duct work will be attached. It is problematic since the density of the grill presents enough surface to eventually face load and restrict air flow.
It can be cleaned, it could just be made a lot easier.

When tube replacement is required that will present an opportunity to do a deep cleaning, and I’m thinking I will open that grill up a bit. That should increase the fan efficiency, make it much easier to clean and all but eliminate the potential for the grill to accumulate enough debris to restrict airflow.

I decided to make them some mega-sets of the card building pieces.

New on Kickstarter: Skallops Will Let You Build Big

Evan and Michael of Siege Toys blew us away with their first Kickstarter project, a snap-together siege engine laser cut from wood called the Trebuchette. Taking what they’ve learned from their first project, and adding a sublimely simple idea from...

These? The Kickstarter edition was called a “skallop”.

@m_raynsford has a version of them. I did a bunch last summer and they work great.

As to the exhaust port cleanup. It can build up and you do have to clean it every once and a while, but you can get it all and that doesn’t leave you with a good feeling. 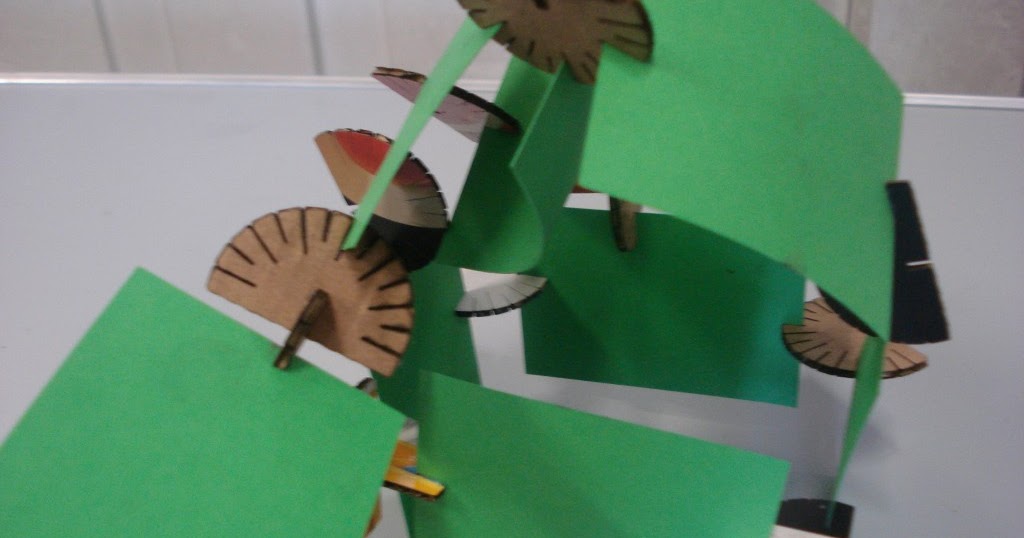 The instructables weekly round up included an item from someone who'd made some skallops . This reminded me that I meant to make some ...

Yea, a whole bunch of these (as well as some round ones I designed). I’m sure they would be better made out of a ply, but I thought for the money I would give MDF a shot. Now I wish I had gone with ply

We had one batch of 3rd party plywood we tested that make a brand new machine look like a coal mine refugee in under a day, though.

That’s pretty much what this MDF did. granted, it was about 12 to 14 hours (at least) of actual cutting.