For some reason, this fall has given us a LOT of stink bugs. And while I thought I did a fairly good job of closing off the outside end of the vent tube, apparently, I didn’t do that good of a job. Somehow, a stink bug crawled its way up my vent tube and into the GF. 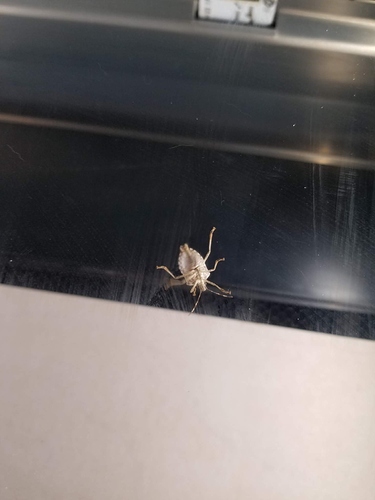 Question for everyone…Would you stop the job and waste a $16 piece of wood or hope that when/if it dies, it doesn’t screw up the job?

I’m hoping it dies somewhere outside the burn area.

True Bugs, Hemiptera. Be kind because all other bugs are not True Bugs. This one is special. Accommodate it and see what happens!!!

Takee the buggie outee! (You don’t want to overload the exhaust…it’s a stink bug.)

We live in Alabama and these things have been horrible, I have a 30x40 insulated metal shop with a 10x20 heated & cooled room inside it and they have invaded every part of it. Have not seen any inside the GF yet.

I had one get in last month before the cols really hit. Didn’t see it until it was too late instead of one bug i had two halves. The laser did a number on it and the smell wasn’t too bad but you could tell it was a stink bug…

I may be politically incorrect but I would have let the job run. It looks like a Brown Marmorated Stink Bug which is a new invasive species causing problem with our crops and native fauna and the flame assist fan may blow it out of the way when the laser gets close anyway.

I accidentally ate one of those things at a bar-b-que…it landed on the baked beans and got stuck, and it was roughly the same color…so…whoopsie!

Never have been able to eat that kind of beans again. Only took once.

Those things drive us nuts every winter! They invade the house to escape from the cold, I guess…I took a screen out to clean it and found the frame track full of them, so apparently they can squeeze through some pretty tight spaces to get where they want to go.

My GF ties in to a bathroom vent system, and is actually pretty far from any outside walls, so hopefully they’ll stick with the shorter routes and stay out of it!

Wow, I took survival training in the Military and you just need to know which bugs to eat and which ones not to eat. They are actually full of protein…

For me it is the Asian lady beetles that have invaded. Last winter was bad. None in the Glowforge exhaust, but they manage to come in the house. I hope this year is a little better. At my cabin in the woods, it’s a half hour vacuuming each time I visit from November on through April. In concentrations they smell bad enough, though not as bad as stink bugs.

Any gal from south Lousiana knows what bugs to eat (shrimp and crawfish), and which ones not to…but let me tell you, stink bugs do not make the list! I’d sooner eat an entire bar of lye soap, and it would taste better.

There’s a reason why birds won’t touch those either!

This gives a whole new meaning to bug zapper!

all other bugs are not True Bugs

My pedantic nature ensures folks around me hear this a lot. I get plenty of eye rolls.

The back story is that I call serious computer problems, ‘Hemiptera’ because they are truly serious bugs, minor bugs are called all the other Orders of insects, pick you favorite.

Read this article from the New Yorker last night, my thought was, " Man Google had one serious Hemiptera." 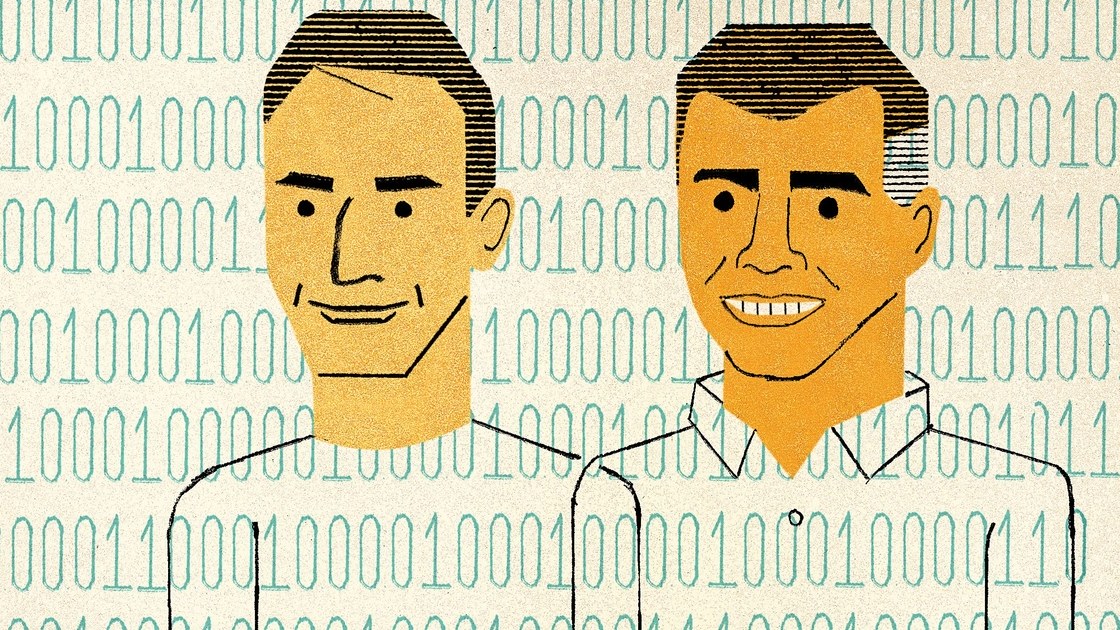 The Friendship That Made Google Huge

Coding together at the same computer, Jeff Dean and Sanjay Ghemawat changed the course of the company—and the Internet.

I think you should wait for proofgrade insects.

I was wondering what settings would be correct to engrave bugs but then we would have to move the thread to beyond all reason.