Off with my daughter to see our favorite band tonite. She’s 20, 5 years ago her birthday present was a VIP meet and hang out with the band before a concert in AL.

They rock, by the way, in more ways than one.

Anyway, I figured I’d spin up a one-of-a-kind necklace for her. I mean, this took an hour to create - and only 4 minutes to produce. I don’t see her as much as I’d wish but I think she’s going to like it. 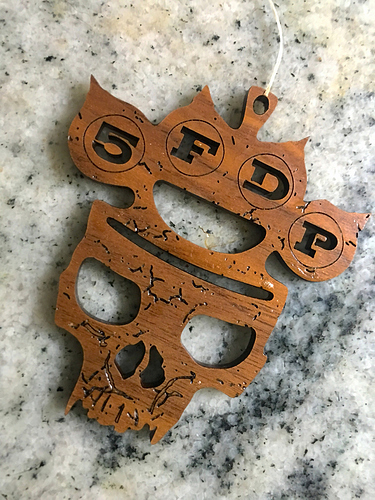 While typing this, I did another in bronze-tinted acrylic… be right back…

Oh, wow… the acrylic looks amazing - although this pic doesn’t do it justice. Guess I’ll take both and see which she prefers! 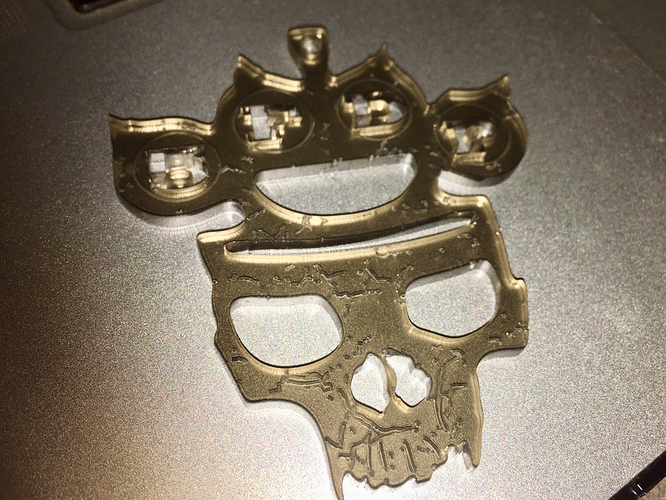 Something tells me you won’t be getting either one back!

Yeah, you won’t be leaving with either one.

She chose the acrylic, so after dropping her, I ran to Joann and picked up some leather necklace stringy stuff, and wore the walnut one myself - and did I ever get some comments on it!!!

There was a group of kids (about the age of my daughter) around me - I was about 10 “rows” or so back in the pit, my daughter got there early to be right up front. As one does, got friendly with them and others around me, but I was going to pass out if I stayed up there about 3/4 of the way thru, so I backed out and sat on the lawn for the last 30min or so. I hoped to see those kids and give it to them as they left, alas, didn’t see them again…

NICE! I believe they were just in Atlanta, I think I had quite a few friends that went.

That’s where we are, and saw them. Just brilliant. Ivan and Chris are sober, and it shows. They put their hearts into every show this tour…

A gift to commemorate your time together … Very cool!