I know that in a bitmap/png or general graphics file, I can use different grays (from white to black) to indicate depth for the engraving. However, I want to do this a bit more programmatically and would rather work with vectors since it seems to get better results when working with the glowforge.

Here’s the problem…
Let’s say I wanted to create a coaster where the the majority of the service has been cleared away and then I want three interlocking rings that have varied heights, where some of the rings are on top of the others. 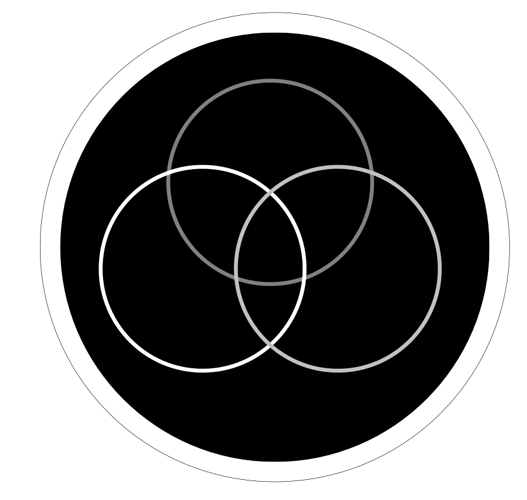 What I can’t figure out in programs like Inkscape how to remove parts of the other objects such that they aren’t layered on top of one another. Obviously in the representation here, if the dark gray circle exists underneath the other circles then the laser cutter is going to engrave down to that depth, which I don’t really want.

Thus there must be a programmatic way or easy way to do this, that I’m just failing to see.

Bonus question is when I subtract out the “rings” from the black background disk, getting the exact alignment of the replacement rings on top also appears to be a little tricky to put the desired grayscale ones back on top.

Of course there’s probably another way to do this with doing multiple cuts/passes and if so would love to understand how to better setup a file to do that.

Any pointers or help would be great!

One way I can think of is to duplicate the ring above CTRL-D then shift select a lower ring and finally Path->Difference CRTL-. You’ll need to do this for each two rings that cross.

Here is an image, with the rings offset a bit to show the result. 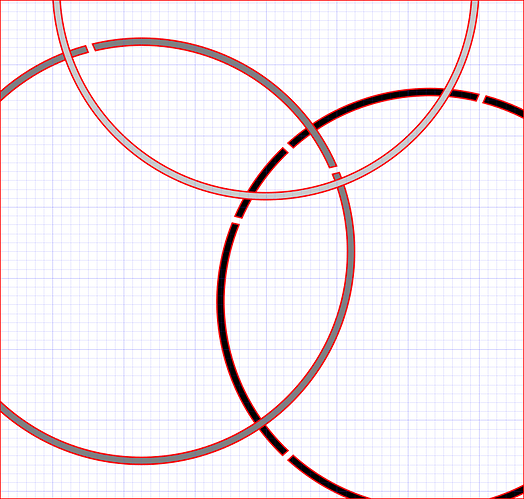 For the bonus question: Once you have the rings as shown above, select all three and duplicate (CTRL-D), then combine the path of the already selected duplicates (CTRL-K) then shift select background disk and Path-Difference (CTRL-). This will leave the original cut three rings perfectly aligned over the hole cut in the background.

I could be wrong, but AFAIK vectors won’t greyscale in the

I believe that is correct, would be nice to have an option for vectors in the future. For now, with Inkscape, one would need to Edit->Make a bitmap copy (Alt-B) to rasterize. Doing it that way you could skip all the duplicating and clipping.

Thanks! Didn’t realize I couldn’t do it with vectors, however since each is now a separate color/object I can do multiple cuts and vary depth, power to create the effect as well.

Though appreciate the help with inkscape, apparently it’s much easier than I realized, just didn’t know the right commands and sequences to do it.