Nightstand for a forgetful daughter

It’s my daughter’s birthday today and she got her first cell phone as a present. She is, however, very absent minded and forgets to charge her devices. So I designed this surface for her nightstand. It makes it feel obvious when something is missing.

“A place for everything and everthing in it’s place!” We’ll see how Japanese 5S philosophy works on a kid. 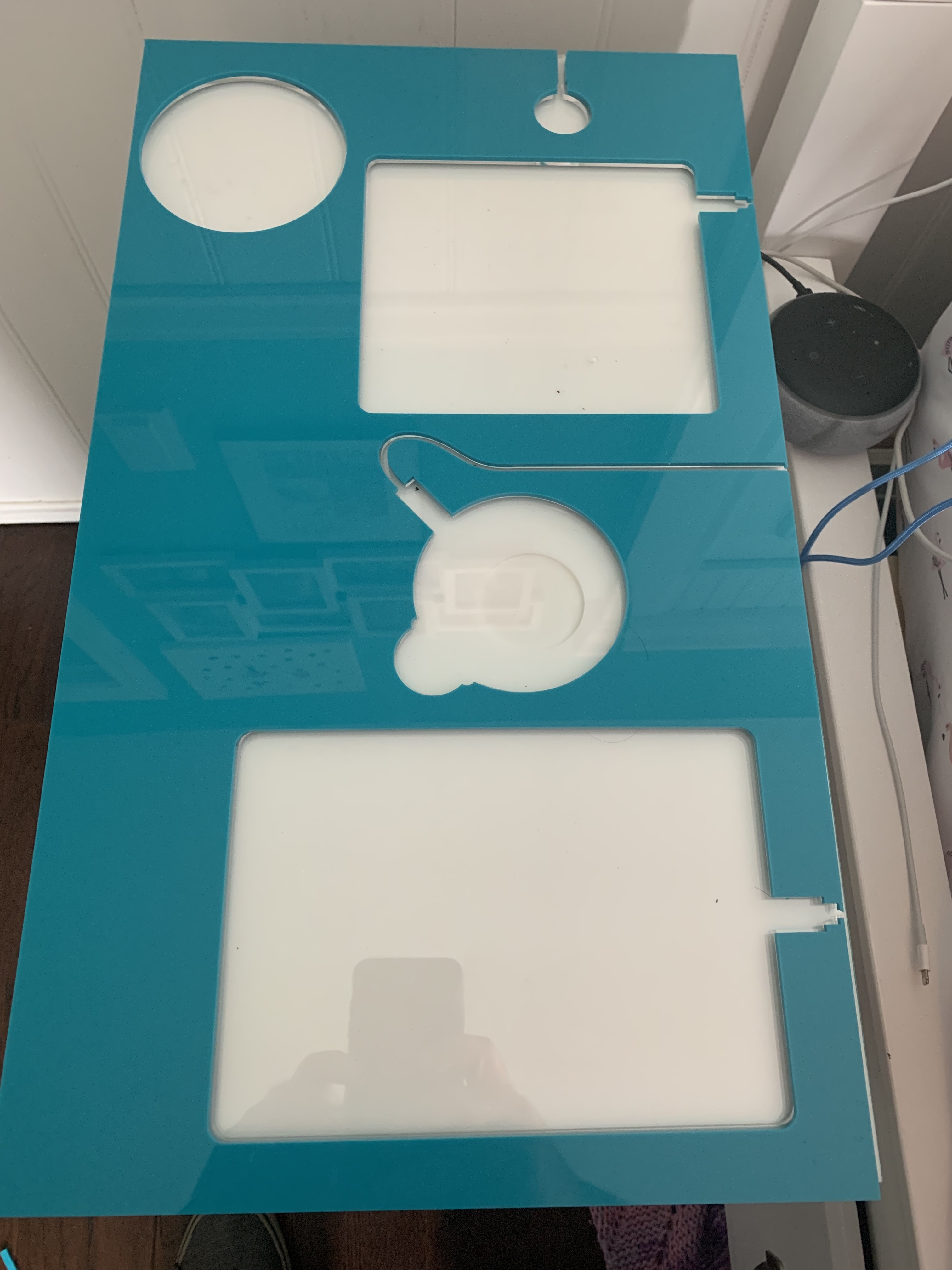 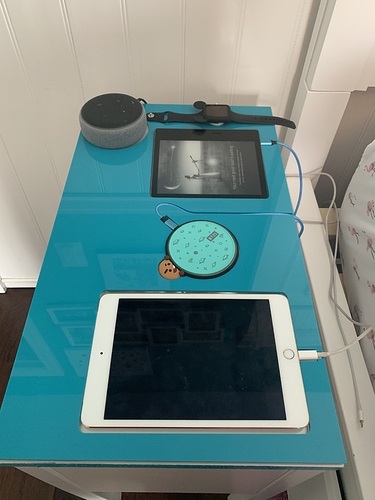 That is a fantastic idea (and bonus points for 5S).

Brilliant solution! Should do the trick.

Could engrave labels on each spot and other fun extras to make it even more appealing.

I made the bottom of the wells clear acrylic so she could put photos of friends in those spots but a label added to that is a great idea.

I was thinking that stands so she could read or watch the tablets or use them as an alarm clock while plugged in.

I have an array of stands not nearly as well organized that I can do things like type this as it also stays plugged in to the charger.

Having slots for your things is a great idea. There’s been several times when my Kindle has slid off my bedside table because I try to put it down when I’m almost asleep in the dark

That is great. I would need add keys and eye glasses to it. Half the time there on my face and in my pocket. She will be or should be very excited.

What a fun idea for your daughter! It looks perfect!

Now just add LEDs for a soft glow and it can also serve as a night light!

Love it! Did you use the pro with passthrough to get that done? Also how’d you create the shapes? Measure and make it in illustrator?

I did use pass-through but basically only to get the large hole for the Amazon alexa about a 1/2 inch closer to the back edge. I think I could have probably figured out another layout to avoid that. Actually now that I think about it i probably could have flipped the sheet over for that one cut and done it without pass-through.

As for my process… I measured all the devices and mocked them up in Fusion360. I feel much more comfortable in that than i do in illustrator. It’s was written for exactly how my brain works. I then use the new laser cutter exports CAM process (no third party plug-ins) to generate an SVG.

I then take that SVG and open it in Illustrator where i have a template for the standard 12x20 sheet and tweak positions and in this case split it into two files so i could shift the sheet into the pass-through slot to get closer to the edge.

I also cutup delivery(amazon) boxes whenever any one side is more that 12x20 and cut up test boards. I probably went through 6 or 7 iterations with this one before I was happy. Mainly because of having to shift the sheet. Edge positioning away from the camera is still hit or miss sometimes.

What a neat idea! And such a good application of 5S philosophy!

Way to think outside the box. You literally provided a neat solution (pun intended). It would have been more difficult to do with something other than a laser/glowforge.