If anyone is interested in making face masks, but doesn’t know how to sew (like me), the link below has the files and other info for a single piece no sew laser cut mask!

Feel free to share/modify/etc. Also if you end up making one out of a cool fabric pattern, post a picture! 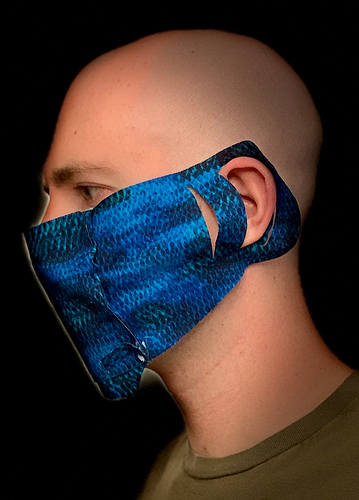 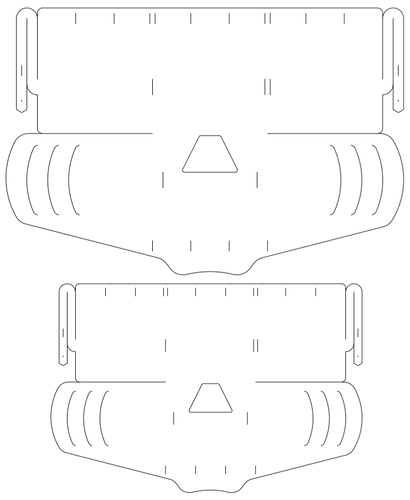 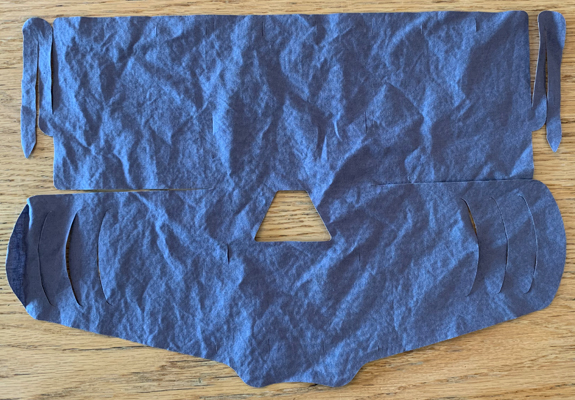 Very clever pattern! I have some material, think I’ll give it a try, but will need to watch the video again while I fold and string the layers together!

Thanks! Yeah unfortunately there are quite a few steps to put it together haha. Seems to get a lot easier after you make a few though.

Thanks for sharing and taking the time to make the video

I don’t think blocking the air assist fan is a good idea.

Had to modify it a tad, because of material selection. While I was at it I also color coded the inner and outer cuts different so it is a two step design.
Made a few and then went for a hanky. Found out the 10x15 did not allow more than one, so left the width alone and shrunk height to 9 inches.
Now can get two from each hanky.
Funny part here is I used that red hanky because I do not care for red clothes, cars, etc. Found out wife does not want a red binky on her face either, so I am losing a couple of my blue hanky for the cause.
Nine inch SVG in zip in case you have some hankies laying around.
9in-mask.zip (225.7 KB)

Thanks for your efforts. Easy peasy to assemble by the third one.

edit: wife wears reading glasses. She mentioned that they did not fog up like when she is wearing other masks. No idea why that would be (cotton absorbing the moisture?), but worth testing for those with that problem. 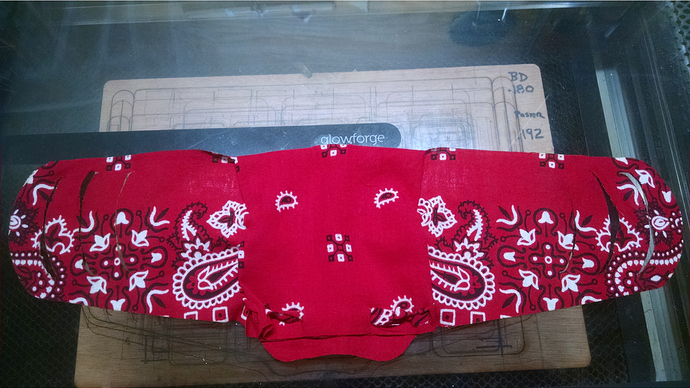 Always learning things.
Apparently, old hankies were smaller. Who knew?
When the wife selected one of the newer ones it was over 20 inches instead of 19 and change.

Yeah it’s definitely not the best idea… haha. I believe I saw a feature request for this somewhere so it could be turned off in software. I know some other laser cutters allow you to do this. From what I’ve read the main issues with it are the lenses will get dirty faster, so more cleaning is required, and there is a higher chance of a flare-up, so it’s a good idea to closely watch the machine during the cut, although with cutting fabric that’s probably a good idea anyway.

Nice design! Glad the assembly wasn’t too difficult. Yeah I think cutting the center features before the outline would probably make sure everything is in the correct position a little better, good idea! I somehow hadn’t tried the mask with glasses yet (wear contacts most of the time), but I just tried it out and also noticed no fogging.

This definitely wasn’t intentional in the design, but I think it’s because the first layer with the nose cutout allows it to sit pretty close to your face, and then because the upper part folds down over your nose, it blocks off the air from flowing directly up, it’s easier for it to go down or around, or through the actual material instead.

Just wanted to post an update that I’ve made some modifications to the design to make it more robust, added assembly instructions in a PDF file, and also started testing with polyester bed sheets instead of cotton. The polyester gets rid of the fraying issue because the edge of the material is melted as it is cut.