Kind of excited: our night-blooming cereus decided to throw out a bloom. It only does that every few years (we probably aren’t taking proper care of it) and the bloom only lasts one night. Here’s what it looked like 4 hours ago: 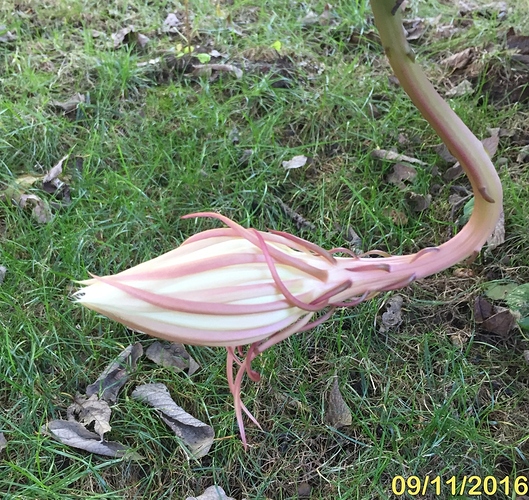 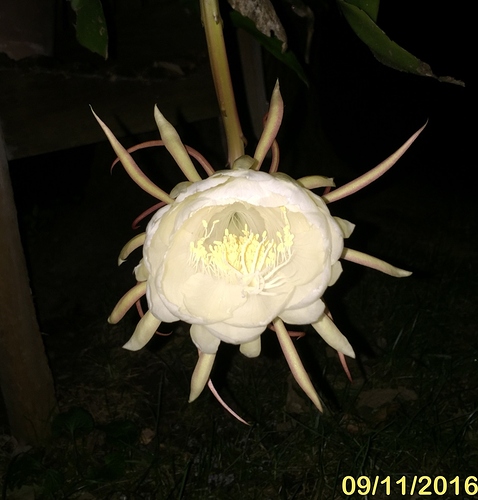 Was thinking of having a watch party. Too late now!

My mom has one too - she said it bloomed the other night and they missed it!

So beautiful–what a lovely, rare pleasure.

Serious question: If they missed it, how did they know it bloomed?

they saw the drooped blossom the next day.

Oh wow, I assumed it just closed back up. But it actually dies!?!

I think so, I’ve never actually caught one in action…I’d have to ask mom.

But yeah, it’s a one time thing for that blossom. (I think the plant is okay until the next year when it puts out another bloom.)

It is kind of rare to see one bloom, hence the big deal.

Reminds me of the Corpse Flower. 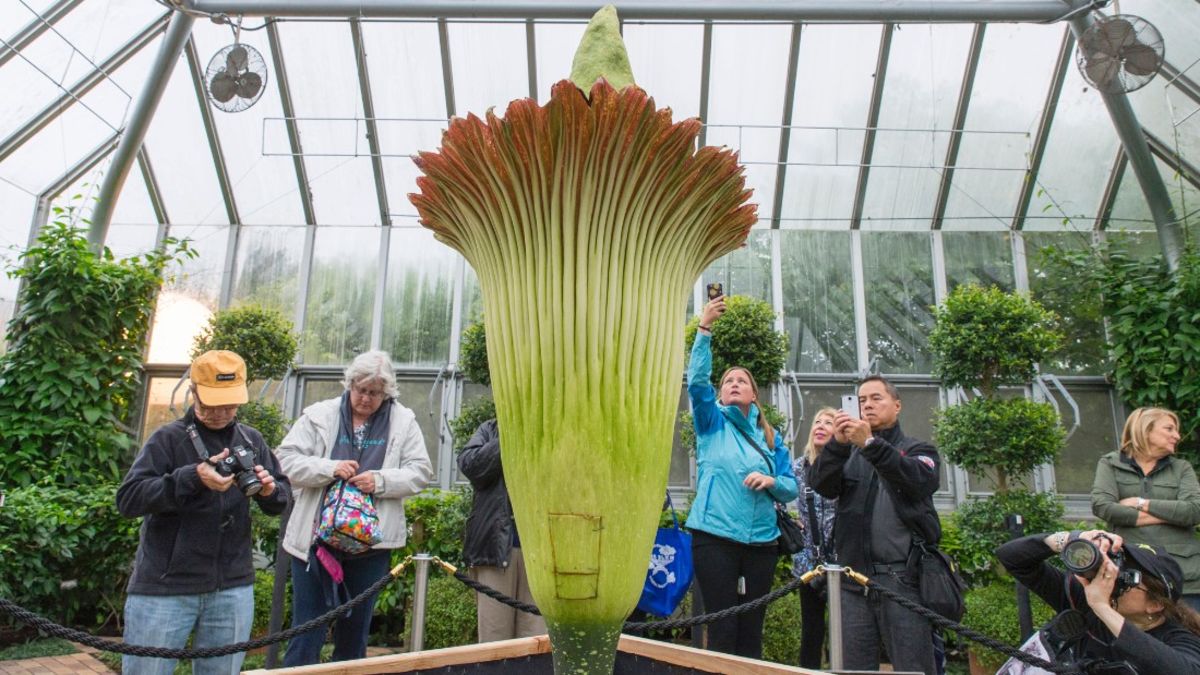 Alice the corpse flower is blooming in Chicago

The corpse flower called Alice the Amorphophallus is blooming at the Chicago Botanic Garden, and it's getting stinky. 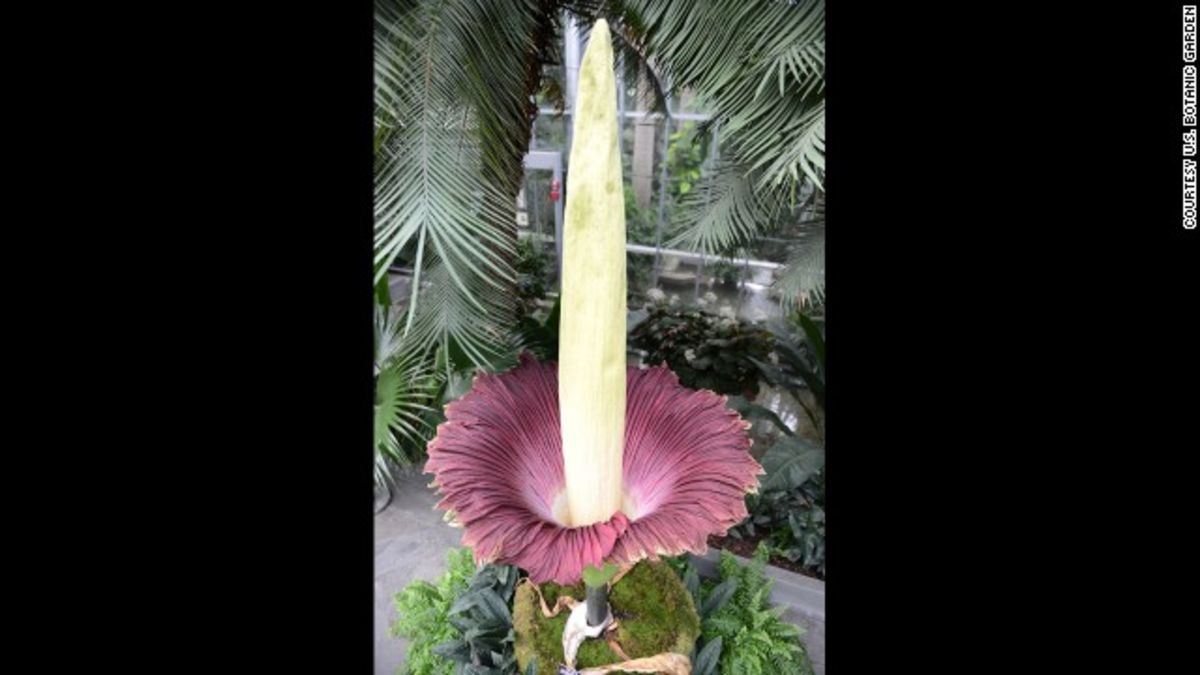 If you can catch it in full bloom, you can cut it off, put it in a bowl of water, and keep it a couple of days in the fridge. Here’s what it looks like now: 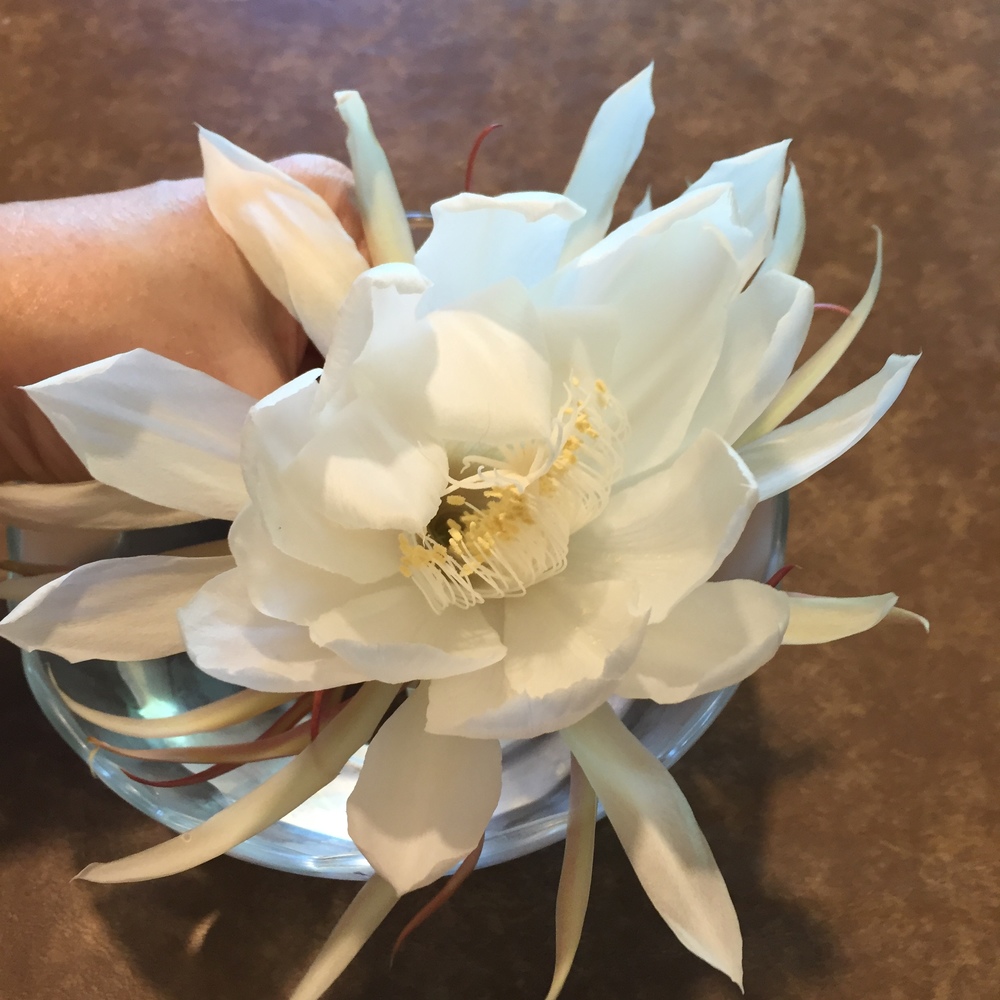 Wow, I wonder what it’s pollinator is? Guessing a moth or bat.
Any scent?

I think either one can pollinate these flowers. Yes, it does have a significant, pleasant scent.

The Dennis the Menace flower!

Gorgeous. We should etch an image of it onto something… Or many things…

I was wondering about the scent as well. As someone else already pointed out, it bears some resemblance to a corpse flower, so I’m glad to hear that it doesn’t smell like one!

Where is its native habitat?

The bud reminds me of Audrey 2… 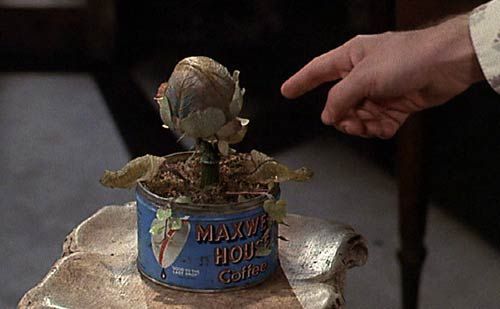 Was it the Simpsons where they were all waiting for a very rare flower to bloom and then it smelled bad? What do these smell like? 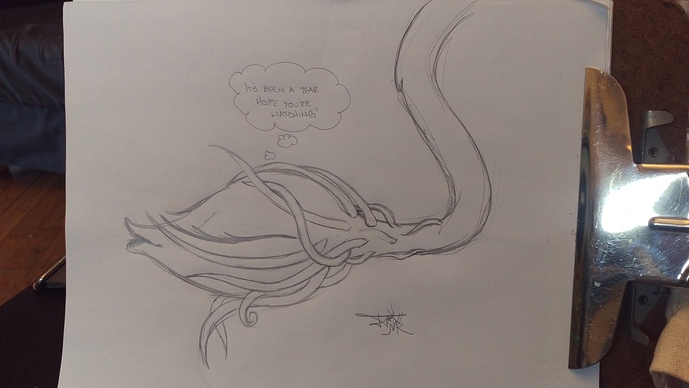