We got it yesterday, and only got it set up today. We only got to play with it in between errands, so only two images to show off.
First we wanted to make sure things were working and went with the “Gift of Good Measure” 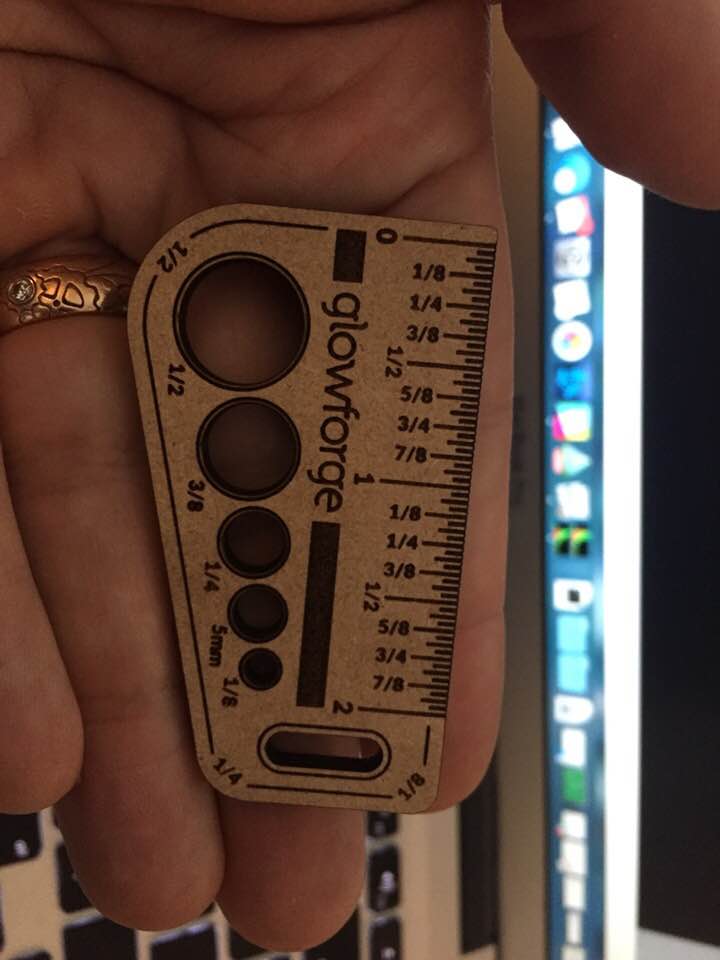 Later on I was able to dig up an old vector version of Robbie the Robot I made a few years ago. I went with just an engrave on a coaster, nothing too fancy yet. While this was only on draftboard, we’re planning on making some more coasters with the hardwoods. (We’ll have to scale them up a bit, as my wife loves to drink tea out of huge glass mugs we have that are too big for the standard coaster size. 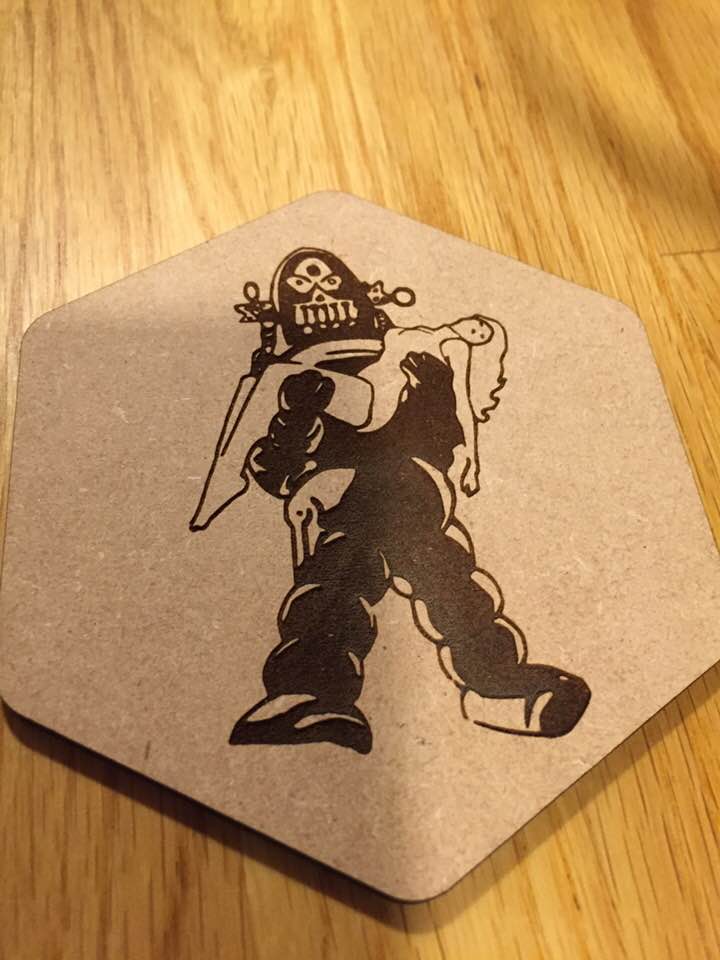 Can’t wait till I can spend some more time designing stuff, and we’re both super excited it is finally here and working

Thanks! When we got married we sort of came up with a leaf and gear themed thing and have been running with it since. (Leaves for her, the biologist. Gears for me, the engineer.) We found an amazing local jeweler who made us rings that went along with it. (She got super into designing them too, was pretty cool!). In any case, the leaf and gear logo/crest/whathaveyou will show up in future designs too.

I dig Robbie. I have the poster that pose came from. 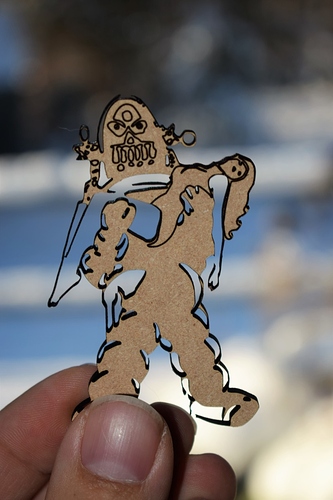 Wow! Don’t breathe on it!

I actually took Gorilla tape to it, and was able to get the masking off (and several of the little bits that were stuck in there! But yeah, right now it is in a padded altoids tin till I can find something to mount it on. (Kind of crazy how well it came out when I was like “Hrm… lets see what it does with this!”)