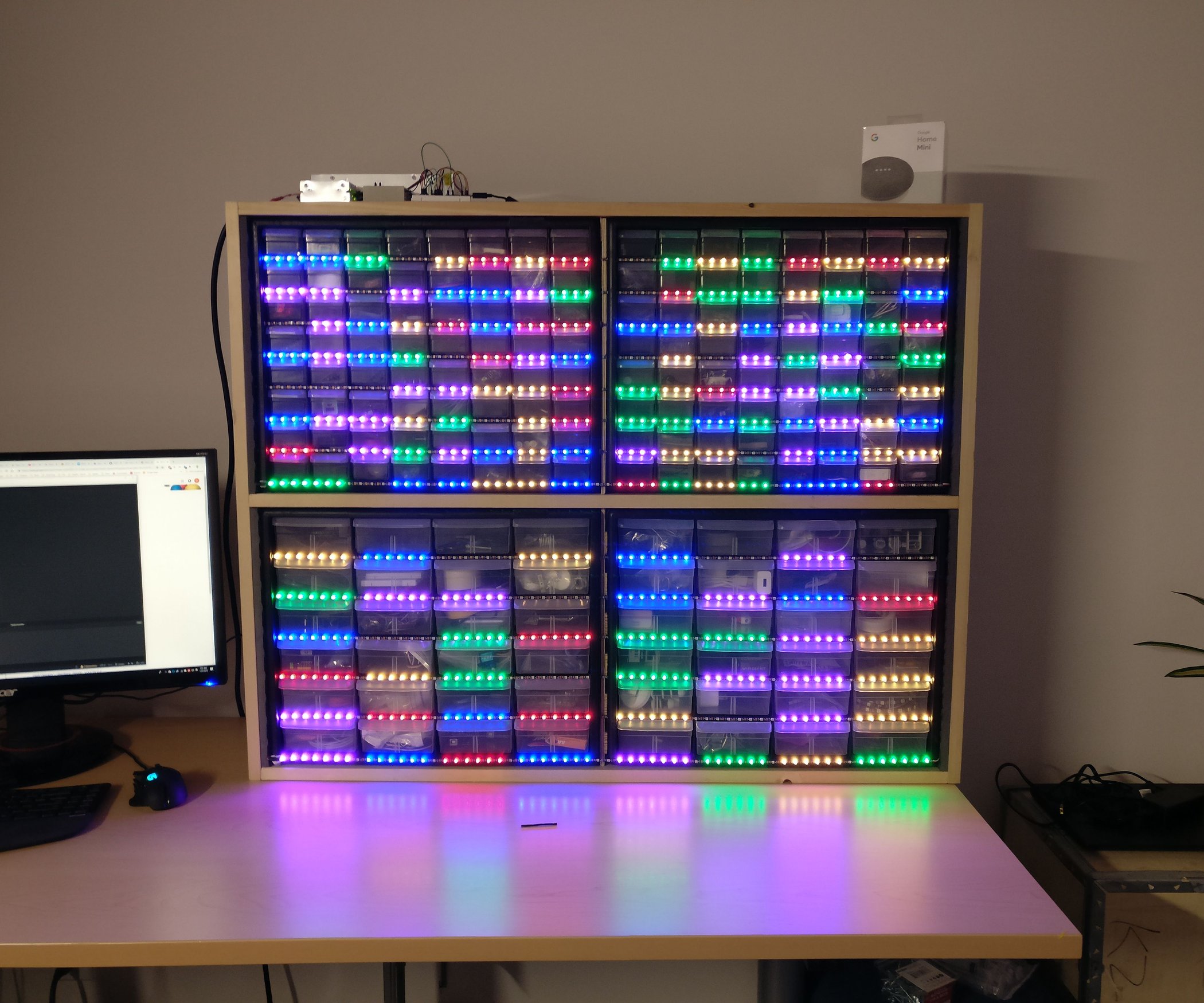 FindyBot3000 - a Voice Controlled Organizer: As any maker can attest, over the years, one collects a lot of parts. Perhaps it all started with a few resistors and LEDs, a breadboard, and an Arduino. But soon there were motors and motor drivers, IR...

Overengineered by a factor of ten but cool anyway.

I mean you could simplify it pretty heavily with labels for columns and rows, and just have Alexa say “It’s in bin A6”.

In fact, you could skip the whole build of the frame and just have 4 separate drawer thingies and say “It’s in unit 3, bin B4”.

Of course, that reduces the cool blinky factor, but would work.

You could also undo all that nonsense using alexa in the first place and keep a spreadsheet of your parts and the bins, but that takes away the handsfree voice activation part.

but that takes away the handsfree voice activation part.

And when the bins fall over and everything in every drawer falls out on to the floor is there a pattern recognition robot that could sort it all out again? I had such a disaster. I had a 50 bin set of drawers that came already filled from Skycraft (probably from an estate) and decided to get yet another set of drawers rather than displace such a collection (they were only charging for the bin)

I saw that earlier but, didn’t really look at it.

It would be interesting to make something more abstract using something like Mycroft (https://mycroft.ai – i.e., something not connected to a surveillance capitalism provider). This wouldn’t require custom infrastructure and, would be of more general use.

Next version: machine learning video analysis to just remember where you put stuff by watching.

analysis to just remember where you put stuff by watching.

Great for remembering where you put down your keys, but I want it to do something about it like perhaps mowing your lawn picking up the socks etc.

something like Mycroft (https://mycroft.ai – i.e., something not connected to a surveillance capitalism provider

So not Google Assistant?

I have it remember my shopping lists, etc. Just have to tell it - my phone or the Home appliance in the house. My wife can use the Home device to add to my list as well and it’ll show up when I’m at the store.

I like the Mycroft concept but until it has the Android & iOS apps it’s not really handy enough. Also not sure that having my stuff remembered in Microsoft’s cloud is any more benign than Google’s.