Yesterday, we spent most of the day working on engraving/cutting plywood tokens for a public dinner coming up this weekend. This is an 11-min engrave/cut for 5 tokens. The GF (basic) could get through that, but overheated at the end of the run and sometimes “paused” with a few seconds to go. Trying to run 10 tokens at once took several hours with “cooling pauses” of >45 min each throughout the run. Room temp = 70 deg, outside temp (vented outside) = 64 deg. Intake and exhaust fans clear, fan running on the desk aimed at the intakes. On a few occasions, I would also get “yellow button” warnings and the common “stuck calibrating” error, which I assumed was heat related (cleaning lenses didn’t help). Eventually things would cool enough that I stopped getting that.

This morning (inside temp 68deg, outside 55deg [Alaska]). Turned it on to a yellow-light warning and stuck in “focusing”. Cleaned the wide-angle camera, the mirrors, and the laser lens. Put Proofgrade material in with sticker upright. Briefly spins the fan, makes one “rrr” from the gantry, but nothing moves and it then shows the yellow light. All cables I can see appear to be attached. It was doing exactly this before, but got better after several resets. I’ve reset three times so far with no change.

Other than doing something different for tomorrow’s dinner, any ideas?

Remove the head, disconnect, take pictures of the pins and post here.

Personally, if they looked straight and ok, I would plug the head back in and give it a try. If any of the pins are bent, or you aren’t sure, don’t plug it back in.

Thank you for the reply. They look OK to me. No change after re-connect / restart. One “rrr”, none of the click-thunk-click stuff it usually does while calibrating, yellow light, UI reads “focusing”. 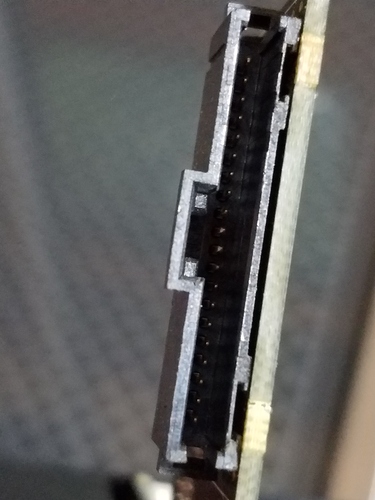 The two most common causes of the yellow light (which just indicate a general machine error/warning), are temp and communication with the head. Since you seem to be stuck on focusing and aren’t getting the thunks, I’d speculate that it’s not able to calibrate the lens (which is the ticking noise you normally hear at start-up).

Might take another look at the lens and see if maybe the magnet from the lens removal tool got stuck on it, or anything else that just doesn’t look right. Snap some pics if you want (it all helps support).

Thank you. I had re-seated the lens once (after cleaning it), and just did so again. It appears normal and looks and feels like it’s seated properly. I appreciate your time in trying to help. Also included a pic of the in-case vs room temp as well. 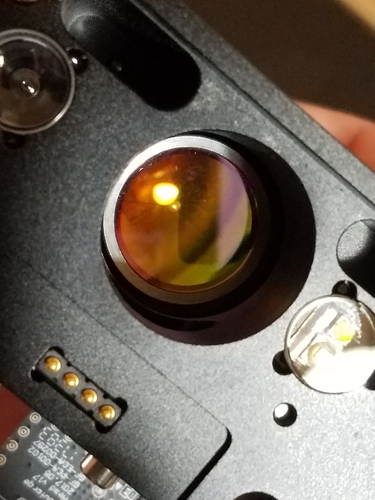 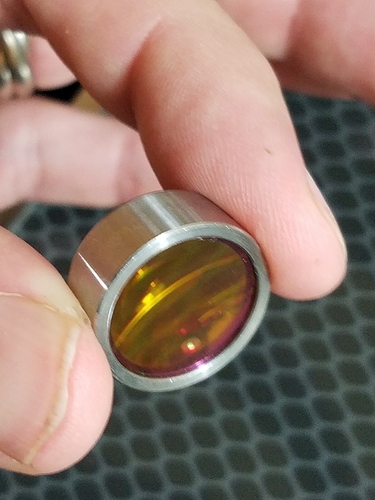 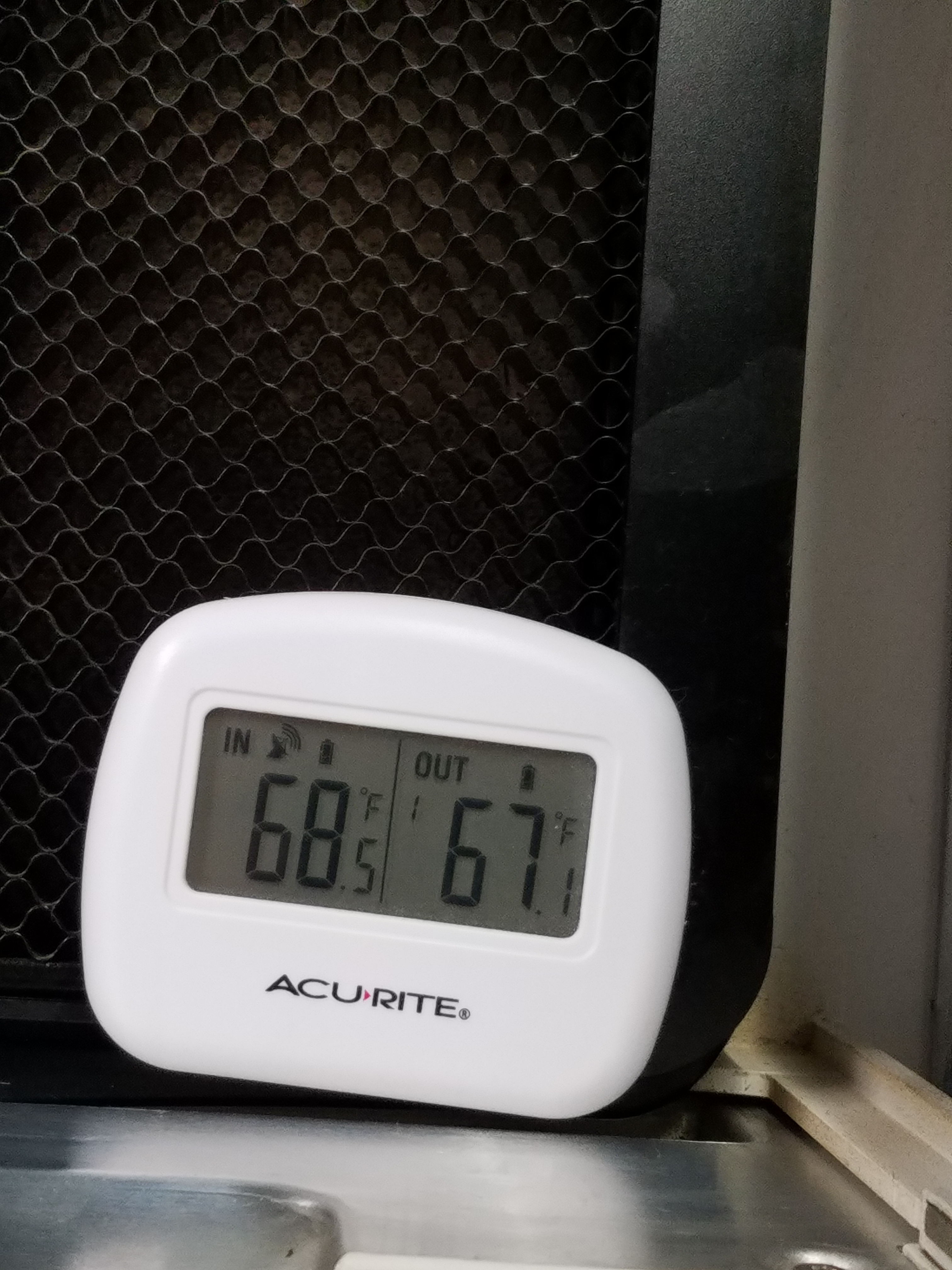