In the data sheet, it shows 100W output power of the laser tube could be reached.Could you tell me under what operation and cutting material could reach this peak power?

My apologies - this is an error. Where did you see it?

Only thing I can find is perhaps this:

That’s the only place it should be. But it was briefly (and confusingly) in the body text as well - if someone sees it anywhere else, please let me know.

That sounds like Sears HP - it’s the number that is reached a millisecond before the motor obliterates itself and lets all the magic smoke out.

I’ve read that many of the cheap import lasers that are rated for 40 watts (or whatever) are actually fitted with lower wattage tubes and just overdriven with current to achieve the claimed wattage. Apparently that rapidly degrades their performance and early tube failure results. Is that just Internet folklore or a real thing?

Is that just Internet folklore or a real thing?

The larger and more honest ones come labeled with both a running wattage and a Max. You’ll see something like 100/120W spec’ed.

Ha, so sometimes the Internet actually is right.

Yep. With the K40s the lower wattage isn’t a big deal for a lot of engraving but when you’re cutting the extra 10W would make a huge difference. No way you’d be cutting almost half an inch in one pass like we’ve seen here. Some things take 3 or 4 passes at 3 mm/sec speeds to make it all the way through. Very tedious. But you learn early to get good materials so you’re not beating your head against Home Depot plywood that just won’t cut consistently

That brings up a good question I’ve been meaning to ask. How do you know which Baltic birch plywood sources are good for laser cutting? Is it just trial and error or is there a spec or brand name to look for (aside from Proofgrade, that is)?

I bought some 0.2" MDF like material at Lowes 10 days ago. It was labeled with a SKU and type of “Blackboard”. The stuff cut like a dream, was strong and worked very well as both a primary material and inexpensive prototyping material before using the nicer Proofgrade plywood. I had intended to recommend it to this forum. When I ran out, I went back to Lowes and bought the exact same material. Except it only looked and felt the same. The 2nd sourcing was very difficult to cut. Definitely can’t recommend it now and can’t think of a way to ensure folks would buy the correct stuff. BTW: my Lowes has restocked the original good stuff. So buyer beware.

How do you know which Baltic birch plywood sources are good for laser cutting?

You want Baltic Birch plywood, not birch plywood. BB is a defined standard thanks to the E.U. Birch plywood is plywood with a birch veneer. The manufacturer can make it out of anything they want as long a the face is birch.

Baltic Birch in full sheets comes in the uncommon size of 60x60in (or whatever mm equivalent). It’s got strict requirements for ply composition, voids (none), knots (none or very small), patches only on one side and grain matched. Its thickness is expressed in mm (don’t ask me why the sheet size is inches). Because of the legal definition it’s remarkably consistent. You can find it in sizes from 12x12" in the US to full 60x60. If you find a 4x8’sheet, it’s not BB.

Woodcraft is all over and carries it. Online wood suppliers have it. Lowes/Home Depot don’t carry it. 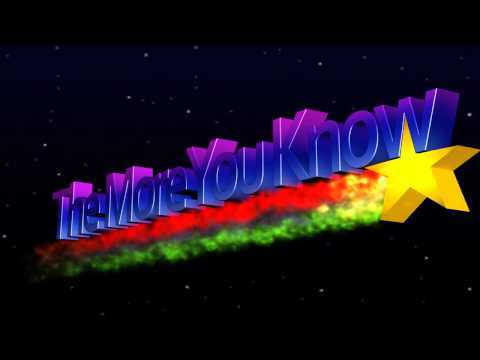 Thanks - I knew about needing “Baltic” Birch plywood and have also read about different grades - this site lsts several:

and it looks like B/BB is the best so far as appearance is concerned.

and it looks like B/BB is the best so far as appearance is concerned.

I haven’t seen the others here in the U.S. I guess if you’re going to bother to import it you don’t do the cheaper grades.

No, I’d try to buy local. I just mentioned the B/BB rating as that seemed to be good quality and figured that someone would pop up with more info if it wasn’t appropriate.

No, I’d try to buy local

No, I meant the store. Baltic Birch is manufactured overseas and imported to the U.S. Even folks like Wolstenholme and Anderson Plywood are just distributors. So since your local store is getting an import they’re likely only to carry the B/BB because it’s not worth importing lesser grades.

The Russians seem to be expanding sizes. I think they’re producing 8 and 10 foot sheets. Not sure if anyone is importing it in the States yet.

OK, I must need a lot more coffee!

I am trying to get a handle on the cache of baltic birth. My local big box stores don’t stock it. Some day, I’ll find a load of it. And I think that my woodworking dreams will come true.

Check out ApplePly, maybe? You should be able to go on their website and find a distributor of it. I’d be surprised if you didn’t have one fairly close by. I haven’t tried it yet but I’ve been wanting to.