I made PLAID and it was good!

I’m liking my first foray into making patterns and I’m working a few more versions.
All went well with my concept except for the damn lines the GF decided to stick into the design (twice) wasting about 6 hrs of engrave time and $10 worth of material

This first one is black plaid on one side, yellow on the other. All the paint is on one side though so the back of it is smooth with no color/engraving.

This was made with 60% opaque acrylic. Gave it a nice frosted effect.

Copper plaid on clear (there are two errant lines on this one. Was able to get rid of one on the next try, but can’t find what’s causing it.) 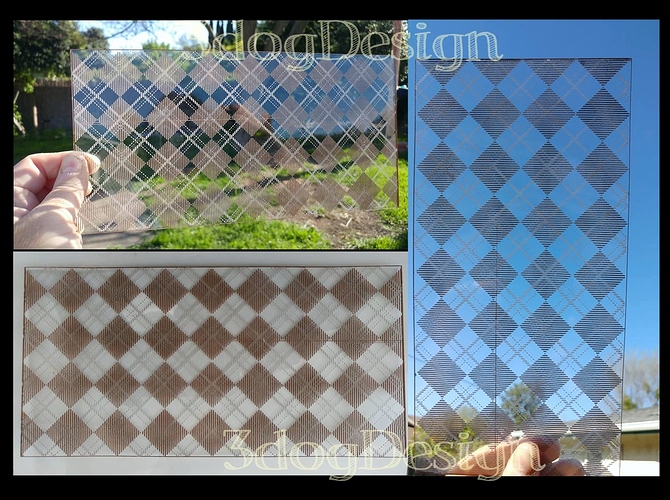 Any plans for this going forward, or just trying to see what things look like?

Wow! These are really cool! They could also be checkers / chess boards.

I made them for some ornaments I’ve designed and I’ve gotten sidetracked with the plaid theme lol. I’ll keep playing with the concept until I get bored with it. I’m going to try a few variations like engraving the different elements on opposites sides next time. I’m also trying to think through getting the checks one color and the lines two separate colors. It’s just be a matter of creative masking and the right engraving order I think. As long as this doesn’t happen, I’ll figure it out