Portal to the Attic 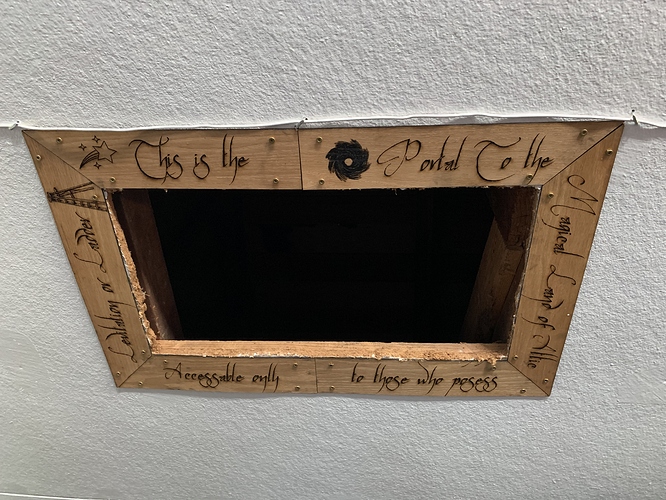 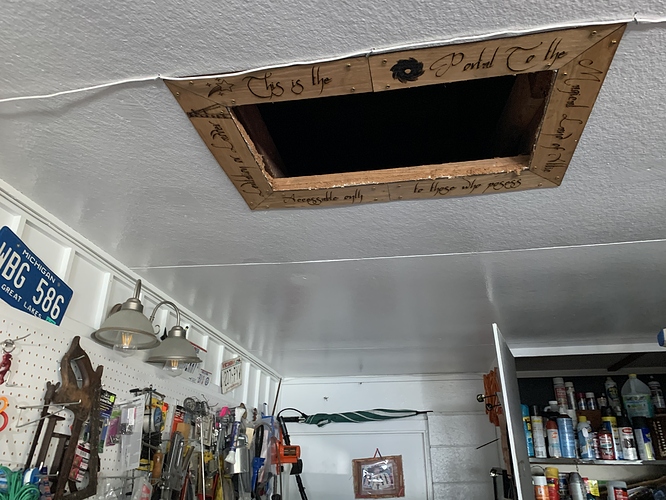 So is the attic!

This gives me flash backs to a night I heard something moving around in my Attic, I’m assuming it was an animal but I’m still saying it was a ghost lol

I heard something scratching away once in mine so I went up with a flashlight and crawled around in the insulation. Way off to one side I spied a couple ears sticking up. As soon as I saw them a squirrel came racing toward me and up into a roof vent and out he went. The screen on the vent was not stainless steel and had corroded so he was able to squeeze in. Once I got him out and made sure there were no young ones still inside I replaced the screens on all the roof vents and never had the problem again.

Same problem I had. Spent some time in the rarely used spare bedroom with the flu. Every morning about 5am I would hear something above running back and forth in the attic. Figured a squirrel or mice. Nope. About a week later I looked up. 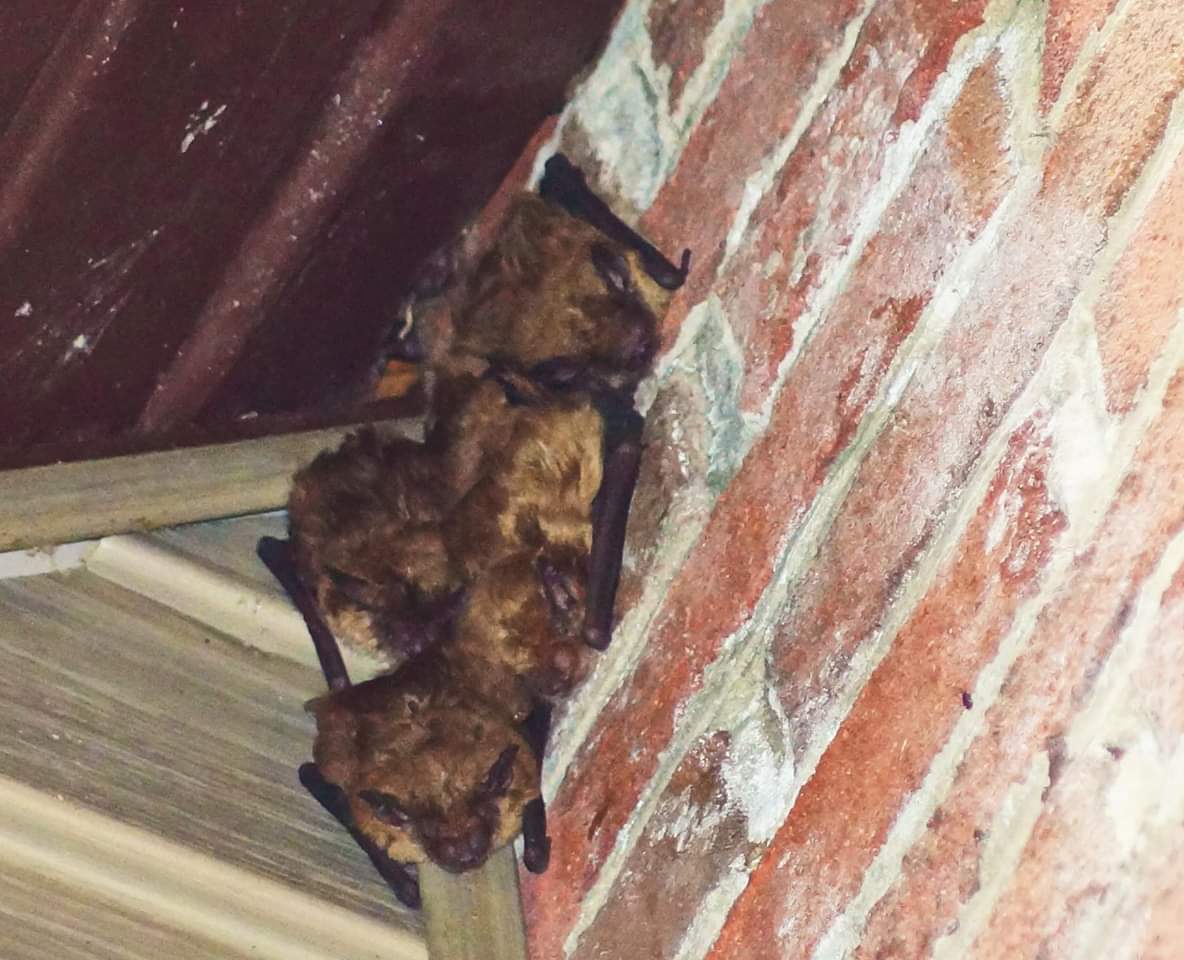 No fricking way was I going into the attic after them. I built a removable enclosure over the entry point with a bat exit pipe and floppy plastic sleeve to stop reentry. Seems to have worked. 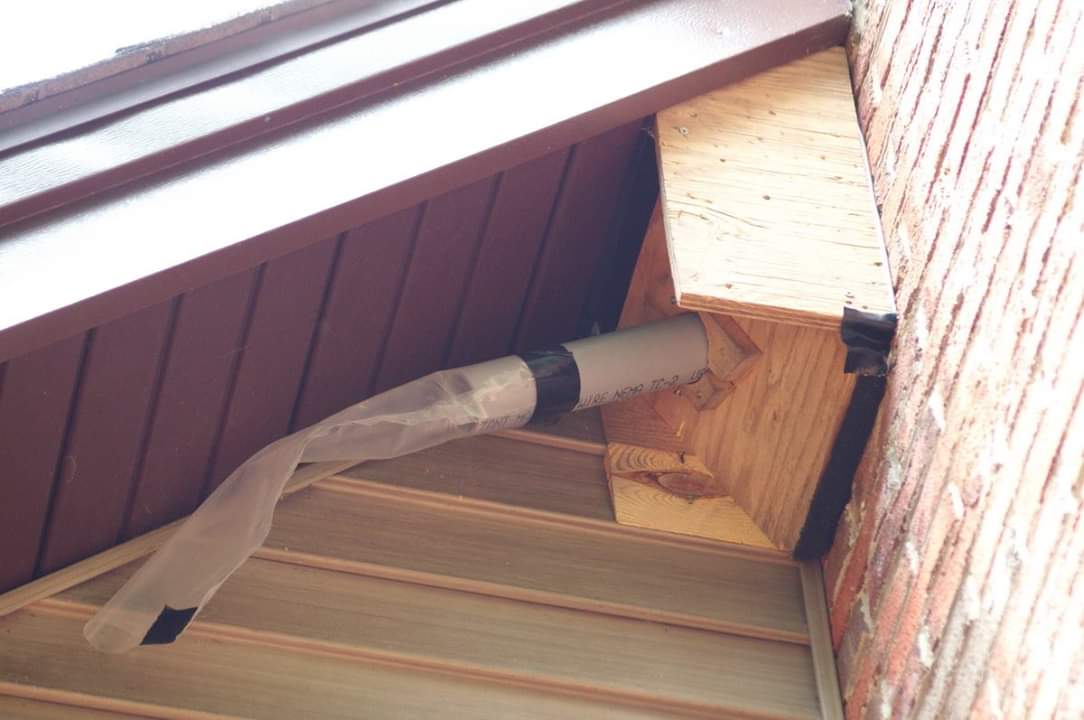 That is a really cool idea. Glad it worked for you.

. I built a removable enclosure over the entry point with a bat exit pipe and floppy plastic sleeve to stop reentry.

They are beautiful little creatures. I hope they found a new home nearby.

We used to play with them by throwing a ball up where they were swarming around outside the house eating up the b@$tard mosquitos. They would dive after the ball right until a couple of feet off the ground, then go on their way again…

First thing I did (well, after furniture!) when I bought my house in 2016 was put up a bat box. Alas, they never moved in. I’ve never seen any here.

I keep wanting to build a bat box though I’m not sure I’ll ever get any either as I’ve never seen any sign of them in my hood.

I wish I could get bats to stay—we don’t have any water nearby so I don’t think it could happen. We have some good friends that had a front porch that was apparently bat condo heaven. All summer long you’d see a 15-20 foot long line of bat guano along the concrete porch. If you walked under that area you could see all the little bats lined up, at least 30-40 bats. They never saw a mosquito.

I invoke the name of a mighty outdoorsman! 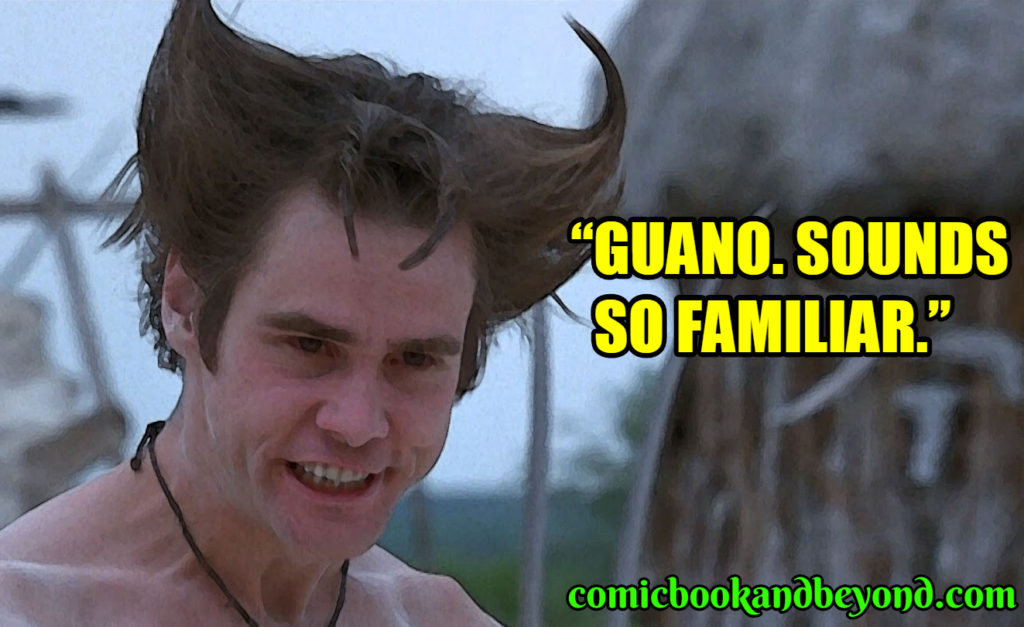 Had a bat box about 40 ft from where they entered my attic. In 15 years had never seen a bat use the bat box. Every night during the summer and fall I still see 2 or 3 bats feeding above the house… So don’t know whether they have moved out of the attic or are just more courteous and quiet when they come home late. I plugged the only obvious entry.

Well as long as they’re still in the area you are lucky. I haven’t seen a bat here since I moved to this province in 1986. Then again where I live has very few mosquitoes.