I’m trying to print a Lord of the Rings map of Middle Earth on a large proofgrade sheet of Thick Cherry Plywood. The file is an SVG scaled to almost the entire printable area. After I hit Print, it sits at “Preparing your print” for a few minutes and the stops with the error message shown in the image. Is this just too complex a file to print? I lowered the LPI to 270 and it still fails. Any suggestions? 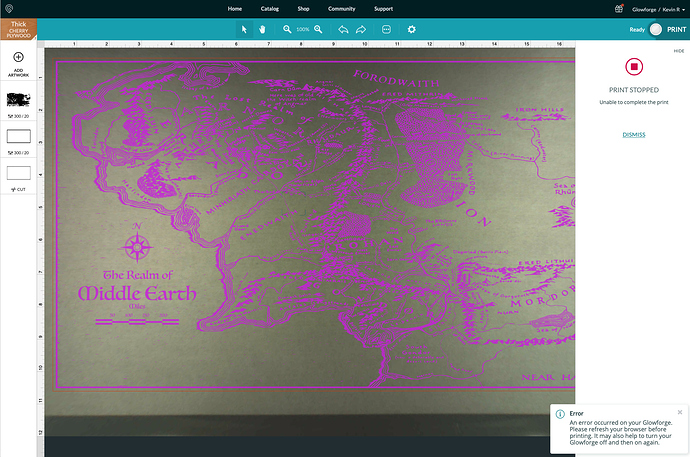 How large (bytes) is the source file?

not 100% sure how to solve this but I love your project.
you might try splitting the image into 2 or more different engraves (using different colors for each). position your art as you want and ignore all but one of the engraves while running the one that is not ignored. Then, without moving the art or the part, ignore what you just engraved and engrave the one you previously ignored with the same settings as prior.

I wasn’t thinking about that but was worried that things wouldn’t line up as they should.

You shouldn’t need to do that. There’s no stated limit on file size, and an update a while back was made to specifically improve the speed of preparing large engraves. I’ve personally engraved a 7MB file without issue (long before the update I mentioned).

Oddly, I had exactly this issue (some time ago) with the same map, and probably the same file. I quit fighting it after a couple of tries and split the file in half. Maybe it’s more about geometric complexity than raw size. 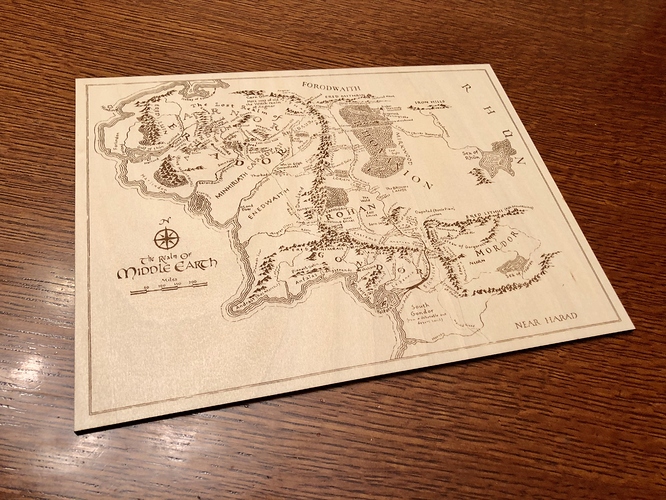 I decided to break the whole image up into separate sections and do one at a time. The largest engrave is going to take 6 hours. I’m 4 hours in and so far so good. 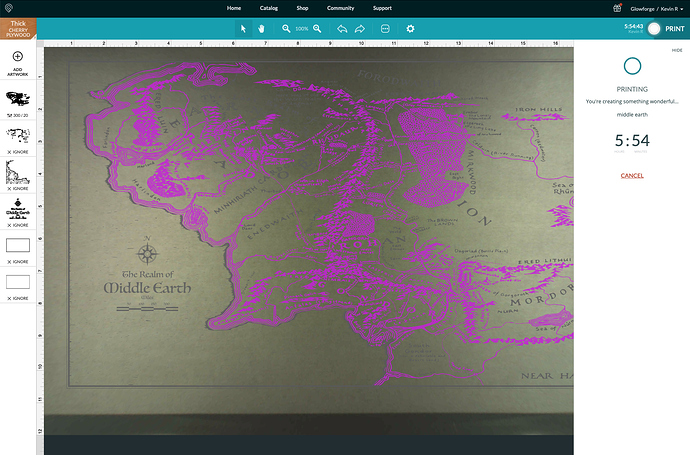 Success! I broke the file up into separate engraves and all is well. It’s not the file size that’s the issue, I think it’s the complexity of the file. This SVG has a gazillion points. 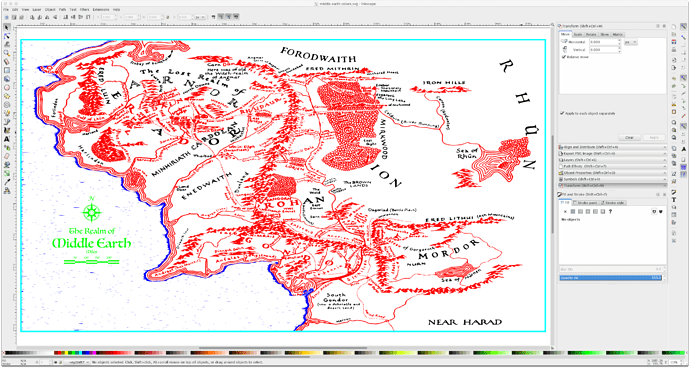 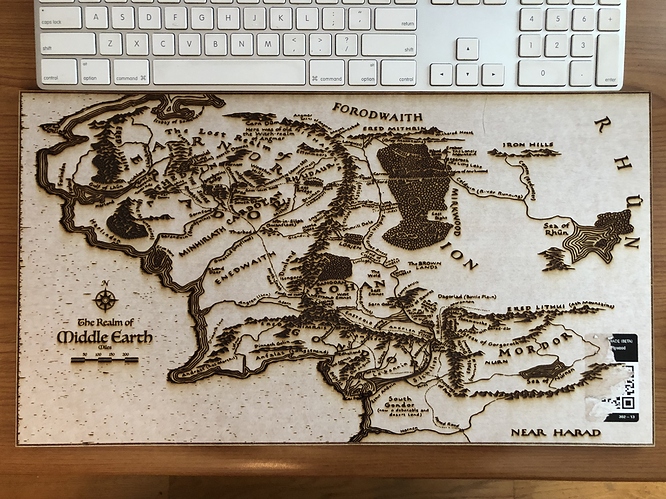 I went with the default speed for an HD engrave and it took 14.5 hours. For the border I sped things up and lowered the LPI because it was going to take 10 hours! Increasing the speed to 500 and lowering the LPI to 270 only took 3 hours.

I’m so glad to hear that - It looks like your print turned out great! Thank you for all the advice everyone. Since the issue has been resolved, I’m going to close this thread. If you run into any other trouble, feel free to start a new topic or you can reach us at support@glowforge.com.