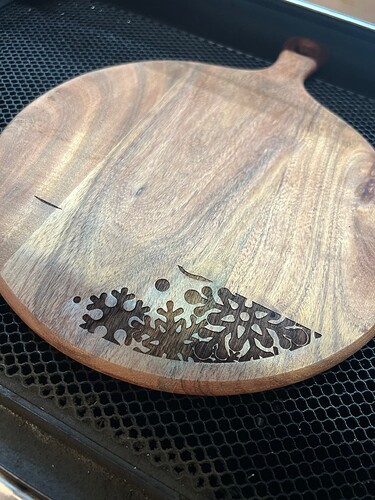 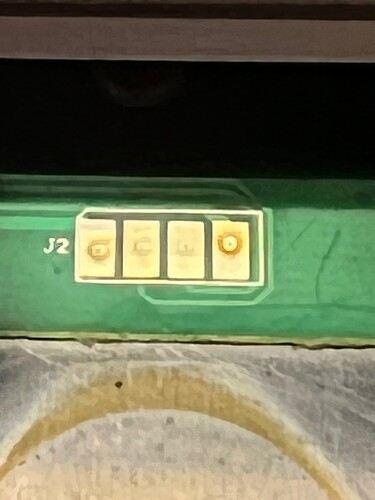 Hi all, in September I experienced some issues where glowforge support thought my carriage plate was not connecting appropriately with the print head but now I’m wondering if it’s actually the print head. Recently what’s been happening is the machine sounds like it’s running, the print starts, the clock continues to run but the print head stops moving and the print completely stops.

How thick is the item you are engraving? Have you had this happen on a file such as the Gift of Good Measure while being printed on Proofgrade material? The actual engrave looks like the machine is performing well.

It’s been multiple items, 1/8 acrylic, 1/8 bb and this is a cutting board from Target that I’ve engraved a million of. The orange light came out yesterday that there’s a communication Issue between with print head (I should have included in original post) and been happening for about 2 months off and on. I originally thought it was an internet issue as we had gotten a new provider and live in rural Pennsylvania where internet is an issue but continues to happen 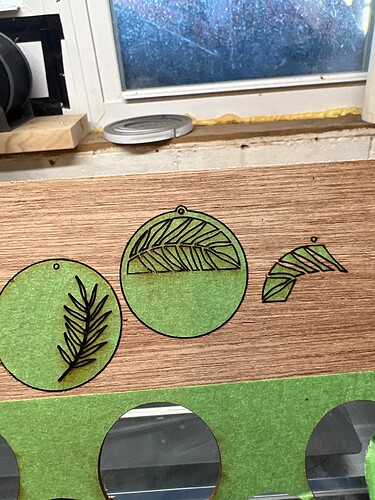 I have the same problem, I have two Glowforge and it’s happening in both machines.

I experienced this problem in the last 3 months, when I talked with technical support (they told me is a WIFI issue) I improved the signal with a Wi-Fi extensor and it works for a week or so. But it’s happening again.

I hope they found the real problem and a good solution, because I tryed too many thing to fix it without success.

I hope they found the real problem and a good solution

Most likely it’s still some issue with your wifi. If it were a broader issue with Glowforge, it would be affecting many more people…which it is not.

WiFi extenders/boosters do not improve the reliability of the Glowforge’s connection.

To me, all that says is that it fixed the problem at that moment. Doesn’t mean that you have a stable connection now, though…nor that it consistantly remains stable.

I thought that the machine downloaded the entire motion plan from the servers before it lit up the print button? Once it starts, it should finish as long as it has electrical power, even if the computer and the whole network goes down… Absent some other issue, like communication with the print head.

@carlavizfor if you are having problems, try changing the wifi channel on your router. The 2 best channels are 6 and 11. Try them both and see if things improve. My Glowforge worked perfectly for YEARS, then one day it had all kinds of problem with homing and starting jobs. Changing the wifi channel fixed it – some new networked devices must have appeared in my area and clobbered the original channel. It can happen to anyone, anywhere.

This is absolutely true…