If you haven’t posted your results in this thread (per the terms of the beta testing agreement), they have no idea you have had an issue, and can’t research it from the logs and images gathered by your machine during the print.

The beta is to gather feedback from owners willing to try it and share results with the beta development team, in this discussion.

When I first got the beta it was 100% on point with the alignment. Yesterday I went to use it and after the first cut I am getting a failed error. Tried again today and all 3 times I got the same error. So disappointed. I know it’s just a beta so far but the alignment never lines up without it so now I’m stuck not using the passthrough

I tried 3 cuts yesterday, all 3 wouldn’t move on to the 2nd cut. It didn’t even seem to be taking the time to “take pictures” to align like normal. It just went straight to the Print Unsuccessful screen. I rebooted computer, machine, cleaned it…same result! My manual alignment was about an inch off as well. 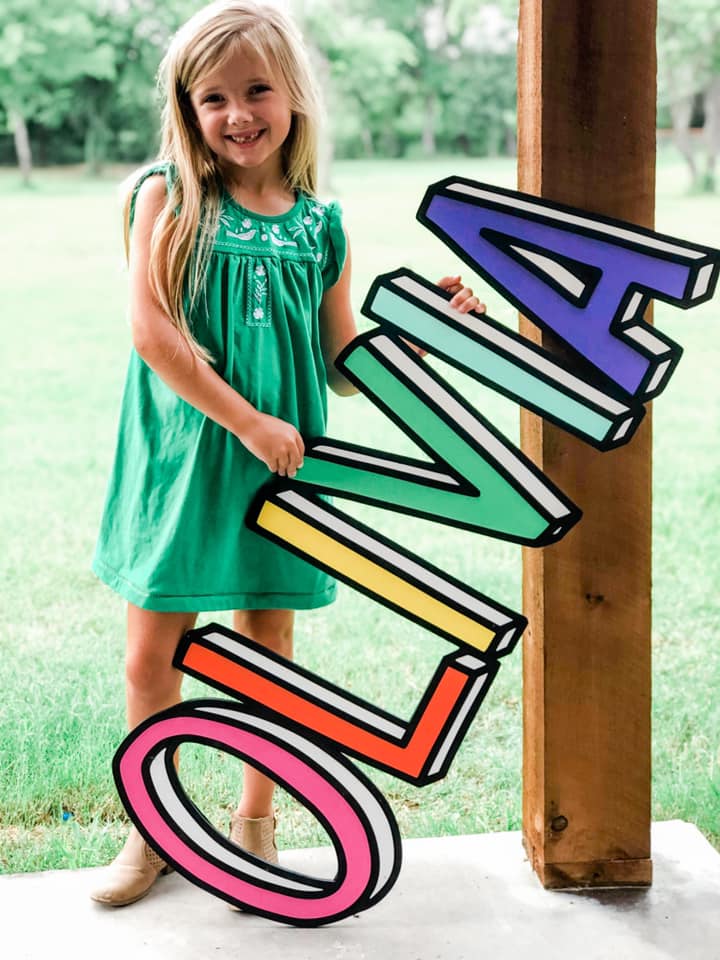 This was my exact problem last night. We had a successful double 33 in sign last week, no issues. Last night ran the second part of this sign a 30in with 3 letters and it couldn’t get past the first cut. “Unsuccessful error” and then after trying two more times the entire workspace crashed. I had to many realign my laser head this morning and recalibrate it. It didn’t even want to boot up.

I’ve successfully used the passthrough before (although it was way back in February!).
When I tried several times on Saturday, 7/18 however, I had the same issues as some have mentioned above: cut/engraved fine on the first part, then immediate “Print Unsuccessful” screen and had to try to manually align. I couldn’t get it matched up nicely trying to eyeball it and ended up having to make a smaller rectangle to save the piece. (It was a project for a customer and the wood had been painted/masked specifically for this piece.)

Mine too. Didn’t seem like it was taking pics at all

I successfully used the Passthrough Beta a couple times, but starting the other day, after the first cut, the machine says it is “taking pictures”, then the message "Print Unsuccessful”. I recall the times it worked I saw a flash of light when pictures were taken but not now. Maybe the camera is not working to take pictures? I tried to manually align, then cut, but it is not perfect. I sent email to customer service.

Based on the posts and replies above over the past few days, we are all experiencing the same issues. Friday afternoon/night, 7/17/2020, I successfully (for the first time) cut 3 projects using the Passthrough Beta software. My longest project was about 48" long.

I have seen how much the Passthrough software will change our lives and trust that the bugs will get worked out.

These are examples of how well the software works.

Each of these names are about 20" long.

This sign is 4’ wide x 2’ tall. Multiple cuts, in different directions, but the software made it ALOT easier! 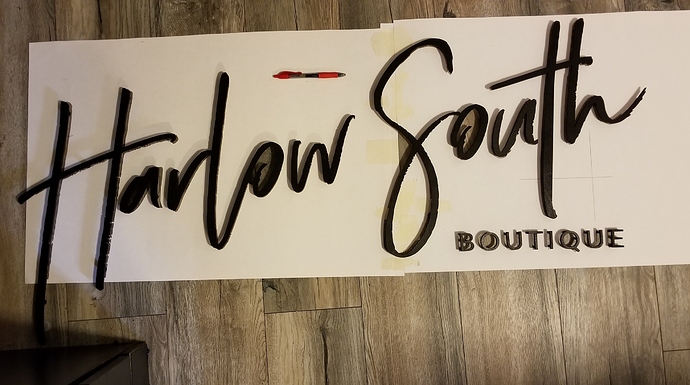 **In case anyone in wondering, most of our projects are painted and then masked. When the Passthrough software fails, I manually align it the best I can via the camera. I change from a cut to a score of about 10%. This will score the masking and not the wood. I print the score, and watch how it lines up. Remember that you can hit the GF button to stop the print, go back and cancel the print, and not waste time scoring the entire piece. Once I’m happy with how the score lines up, I switch back to the cut and print it. The scoring usually takes a couple of tries. Sometimes, I get lucky on the first try.

I too am having the same issue that many of you are having. I’m a new users, only about 2.5 weeks in so I didn’t realize there was this thread. I put in a ticket and support directed me here. Like others, the passthrough beta was working great just days ago, but this weekend I had the same issue that everyone else is stating, failing to take pictures after the first cut then requiring me to align manually.

I’m looking forward to this being resolved because I’ve failed at aligning manually - I’m not good at it. I do appreciate the suggestions of using the masking tape and score to see if you’ve lined up the next cut, that’s a great idea.

The beta has had issues since Friday evening. Does anyone know if they have been cleared up?

UPDATE: This issue has been resolved, so Pro Passthrough prints should be back to normal. Thank you so much for your patience.

The team is investigating an issue that is currently affecting Pro Passthrough beta software, starting on Saturday, 7/18/2020 at approx. 12:01am (Pacific time). Until this is fixed, we expect that all prints using Pro Passthrough will fail after the first section is printed.

When the issue is resolved, we will update https://statuspage.glowforge.com/, and I will also follow up in this thread.

Following up from my previous post: This issue has been resolved, so Pro Passthrough prints should be back to normal. Thank you so much for your patience.

Thank you, Penelope, for updating us on this. I’m glad I can now resume using this important feature, and I’m sure I’m not alone!

Tried this for the first time. It was seriously like magic! The only suggestion is that the dotted line at the top where it chops the image was too light for me to see against my material. Maybe a colored line would work better?

Also, a survey didn’t pop up for me when I was done with the print.

Please, come on, audio cues when the passthrough process needs your attention. It would make things so much more usable.

Especially because the “aligning” stage is taking a very long time today. Like way longer than usual. It hasn’t failed on me yet, but it’s so long I can’t even tell you the exact amount of time because I’m not going to sit there for ten minutes. HENCE the request for audio cues, this is terrible.

Oh great, now it failed. I spoke too soon. 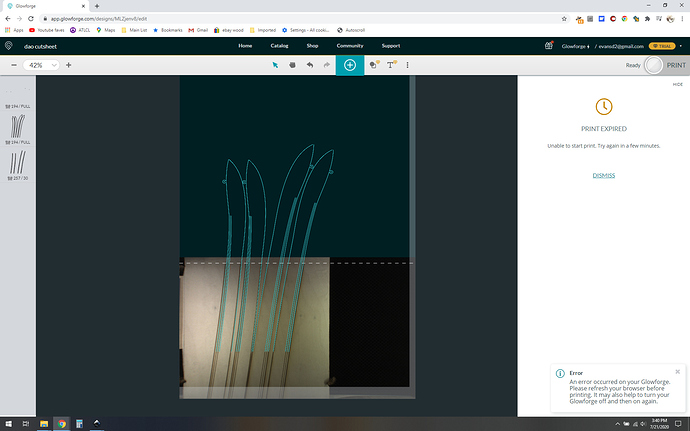 Uncool. I can’t think of a good way to resume this, the entire thing is blown. Materials and time wasted. That “try again” message seems a bit off, try what again, exactly?

I successfully completed a couple long passthrough cuts today but as mentioned above the aligning stage took forever. I kept thinking it was going to fail but it would finally load and continue. I will say, the alignment was perfect.
However, as I mentioned a few days ago when my passthrough beta is on I can not cut through material, at all… with beta off, it cuts fine. I changed the focus to .001 and slowed my speed a little as suggested by malek1979m and I then it could cut through pretty good.

I succesfully completed a passthrough cut on transparant acrylic. Before cutting I took off one layer of transparant foil and replaced it with regular transfer tape (the same stuff proofgrade use) so the cuts would show up better for passthrough alignment. Worked like a charm. I’m glad I get to use this more often and am almost convinced I can offer the function to clients (oversize projects)

I signed up for the beta months ago - I was one of those who waited a really long time to get a Glowforge Pro so I can cut out larger objects.
@ Glowforge Staff: Can you please add me to the passthrough beta and / or clarify the situation how long it’s going to take until we all get the full functionality?