So I’m trying to cut out a puzzle, but when I convert the process to cut instead of engrave it causes all of my lines to double up, which leaves a decently cool stencil of the puzzle, but it ultimately makes the pieces have too much space between them. I’ve converted images to make them thinner, but not sure how to get GF interface to not double the lines when switching to the cut option.

There’s a lot of puzzle making support in the forums, and we’re fortunate to have people like @jbmanning5 who does it for a living and offers lots of great advice.

I think if you type “puzzle cutting” into the search field, you’ll be off to a good start!

Not sure what design program you’re using, but if you’re having to change it to a cut from an engrave, it’s because you have a solid shape as your puzzle lines. Basically, an expanded path. It’s identifying the lines as an engrave because they have a fill. Once you convert them to a cut, since they are solid shapes, it will want to cut both sides.

This is how a normal puzzle looks in outline mode, which shows just the vector paths: 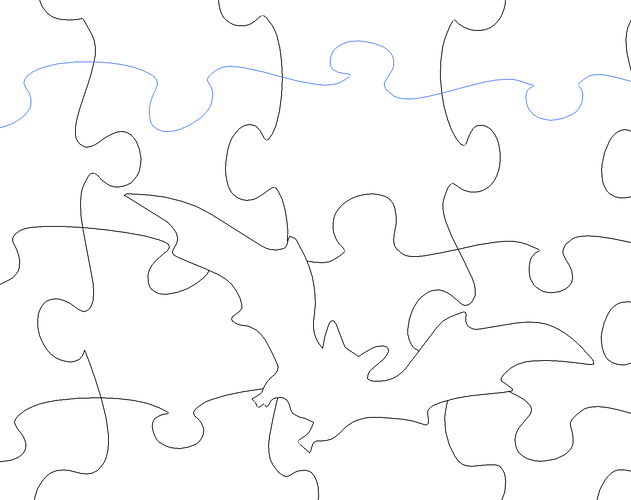 If you’ve auto-traced something, or expanded a stroke, this is how your puzzle looks in outline mode (notice that they are all double lines): 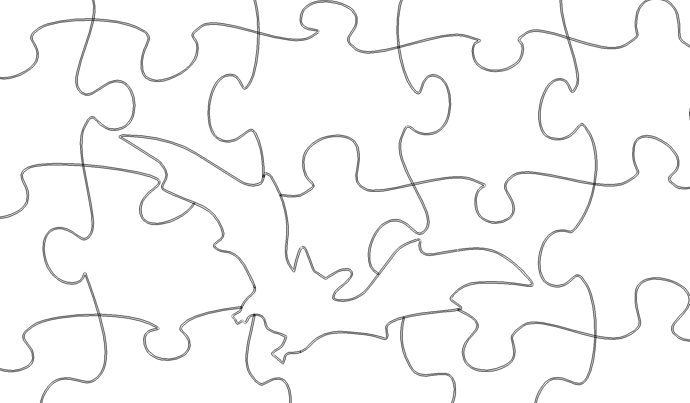 In the second image, it looks the exact same when viewing it in normal mode. But they function very differently when you bring them into the Glowforge.

If you’re getting double cut lines, it’s probably because you did an auto-trace on a “coloring book” style image in your outside design software. That will put a cutting path on either side of the lines in the image.

If it’s not too many pieces in the puzzle, you can zoom in and just delete one of the two, although that will leave a larger gap between the puzzle pieces. What you want to do is a Centerline Trace. That leaves just one cutting path.

Thanks for the answer @jbmanning5, that graphic illustrates the issue perfectly.

I’m going to close this thread - if have any other questions, go ahead and post a new topic.