What happens if you engrave over the silver apple emblem?
Thanks!

I don’t know this firsthand, but the Apple symbol is an area that lacks anodization, which is what is removed (the anodization) when an engraving is run on an iPad.
It is also fairly reflective, so my guess is that probably nothing will show up there.

I’ve seen a few photos that don’t seem to show anything there when engraves over either. I’ll see if I can find one. 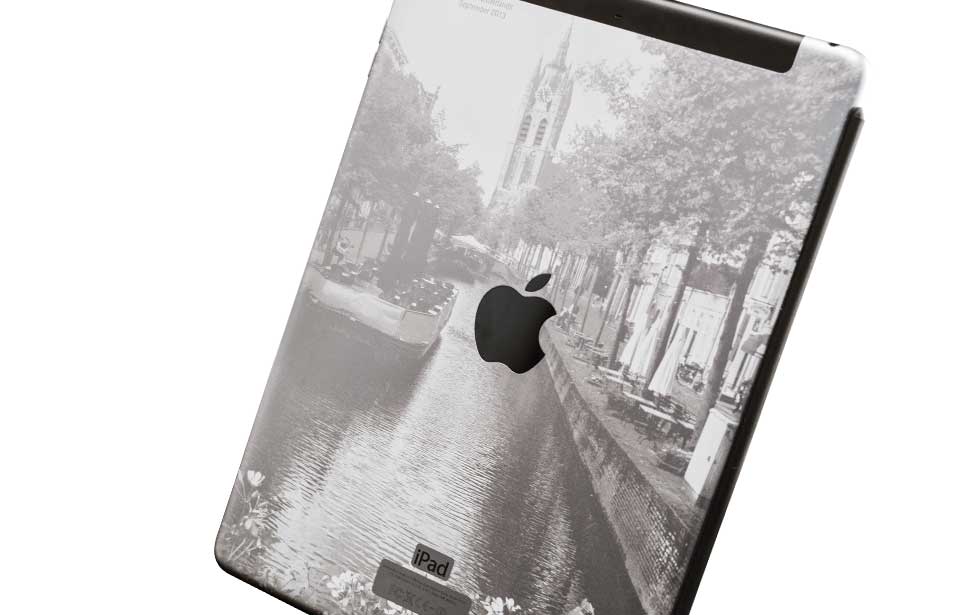 I just did my iphone 6 “shop phone” with my logo on it and since i didnt brace the phone, it slid during the engraving. When the laser hit the apple logo, it just refracted off. Left zero trace of being there. 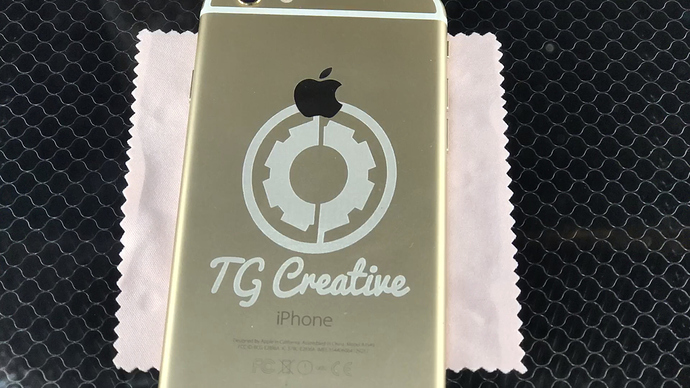 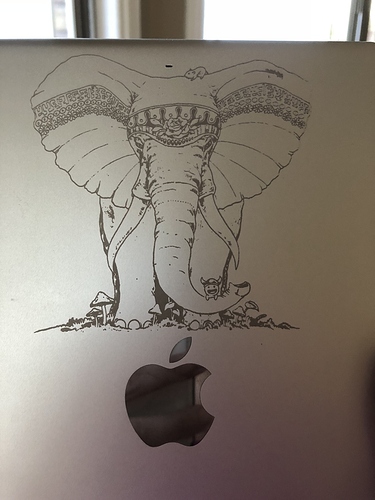 Did this today, but didn’t have the guts to go over the emblem. I’ll try it over the next one.