Random line error (for info only, don't need help with it.)

Sharing just for info just in case you guys are working to resolve the random line issue. (I hope you are! Since preview is gone and we can’t see when this is going to happen, it’s really a pain in the arse.)

I combined the green patterns into one vector object and their black outlines into another and then grouped them together. That left one orange dog and outline on it’s own. Selected the green and orange objects, copy/paste and flipped it to create two rows. (Ended up combining the two orange objects together and saved as a separate file. Had to break it up becasue the PDF was too large to import otherwise.)

Imported the two files (green/blue dogs & orange dogs) into the GUI, engraved and the bottom row of the blue dogs had the random line error, but the top ones did not. Kinda weird. 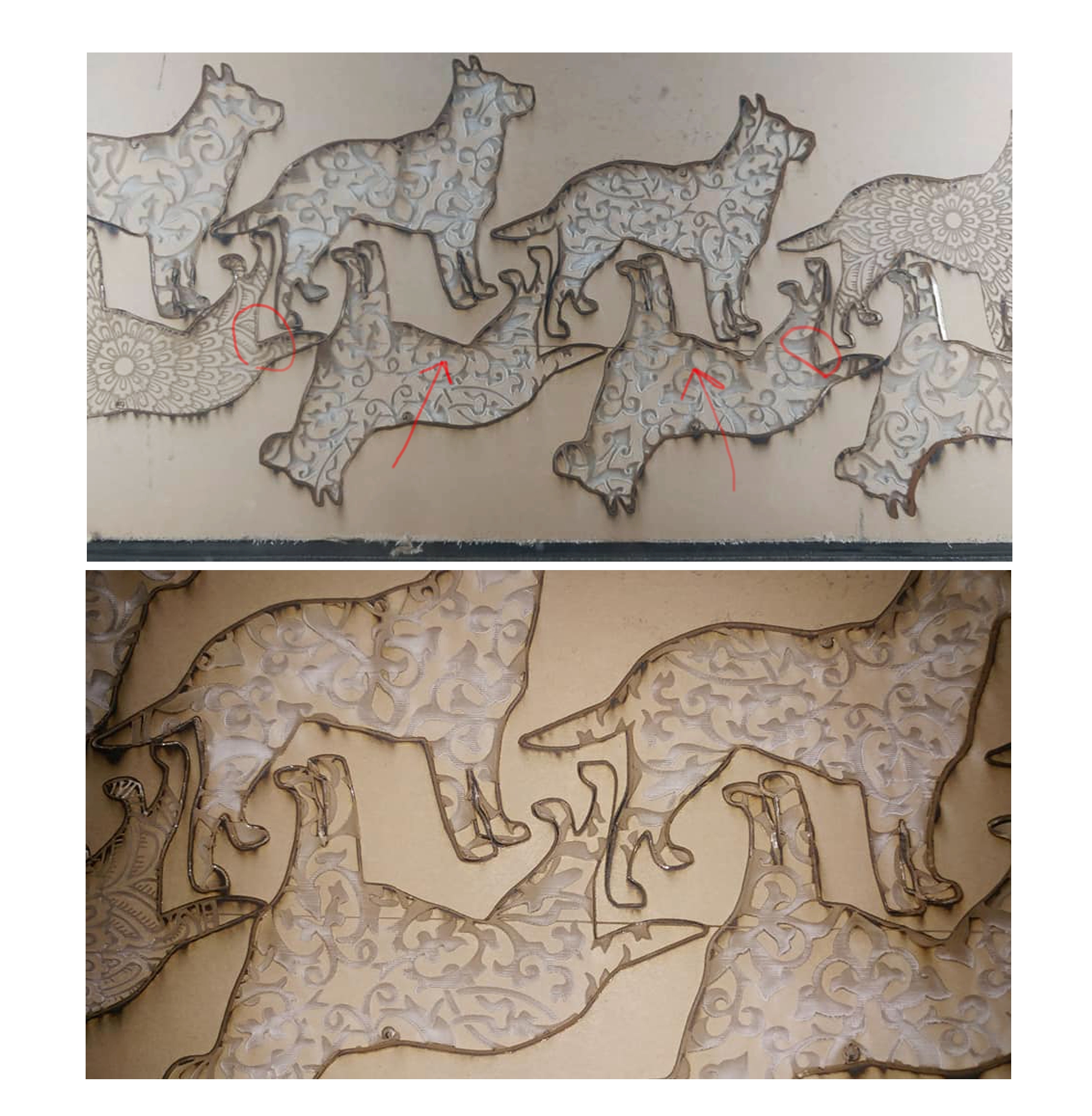 As you would know, it’s almost always some type of disconnected path. It may only show up in the rotation because of a winding error or something.

If you need help dissecting the file, go ahead and post it.

Yeah , I’d guess it’s an open node, but damned if I could find it and I blame it on old eyes lol. I know how to avoid it and don’t really have to find the answer, but it might be interesting to confirm it anyway. I’m not convinced an open node is the only time this happens either and I thought it was interesting to see it happen to one grouping, but not the other. You’re right though, it could be a winding difference, but it’s still weird and annoying especially now that the preview is missing.

So if you want to take a look, have at it. If you spot it right away, pretend it took you a few minutes at least.

(I won’t leave the file up for long.)

One last service and I’ll check it out.

I don’t see any open nodes. I know on another case recently, it (UI) had warned of open nodes. The file didn’t have any - but, I had narrowed the file down piece by piece, and the path it was warning was open was extremely small closed path.

I didn’t get any warnings on yours but I feel like the UI quits warning you if you have the same browser session going?

I don’t see any open nodes. I know on another case recently, it (UI) had warned of open nodes. The file didn’t have any - but, I had narrowed the file down piece by piece, and the path it was warning was open was extremely small closed path.

Yeah, I was suspicious of the several nodes on top of each other in my file and I think that can cause the random line the issue as well. Interesting about the open nodes warning in the GUI though as I haven’t seen it. I almost always convert to png for engraving though so that doesn’t surprise me. Now I have to go see if I can get the error to pop up lol.

So each of those patterns is unique. So the top ones might show it.

If I were to guess without testing on a print of my own, I’d say it is this little twist that is causing the problem. It is the only one that I can see along that horizontal line. It’s in the second dog from the right on the bottom row. It’s underneath the outline I believe so follow the dog’s belly after moving/hiding the outline of the dog and then check the pattern.

Mind you, I enlarged this so the dogs were about ten inches long. 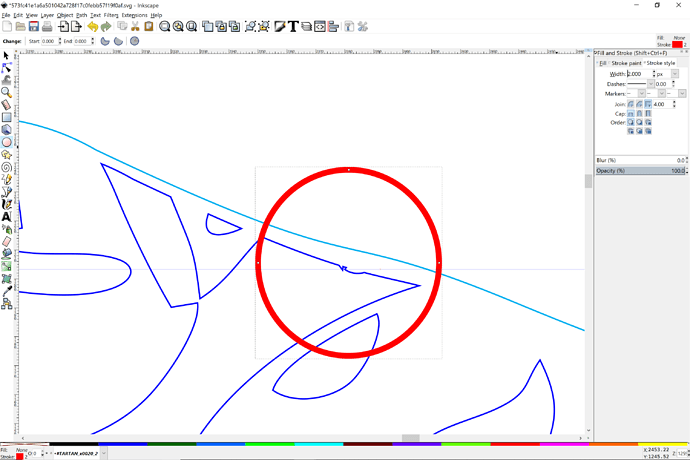 Hmmm, that is suspicious, but have we seen the line go both direction to find a connecting node? I’ve only really noticed it going one way. (If that makes sense). It is right on the line though…

Based on where it started and ended, I was thinking it was the set of stacked nodes in these two dogs. The first pic is the dog on the bottom left where it comes in at the base of the tail and the second is the bottom right dog in the file where the line ends below the tail. Man, I love a good mystery! 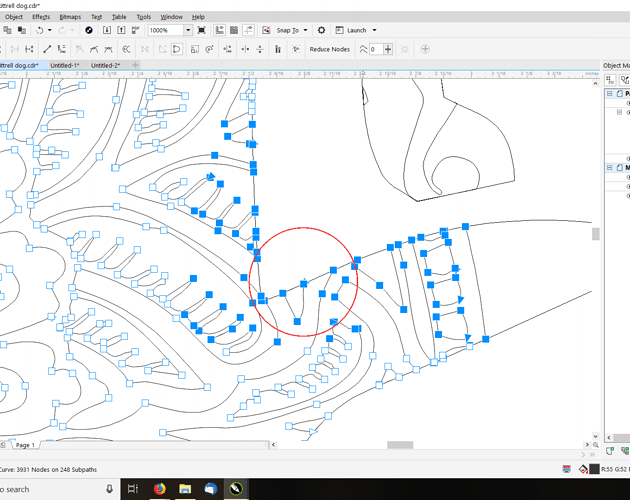 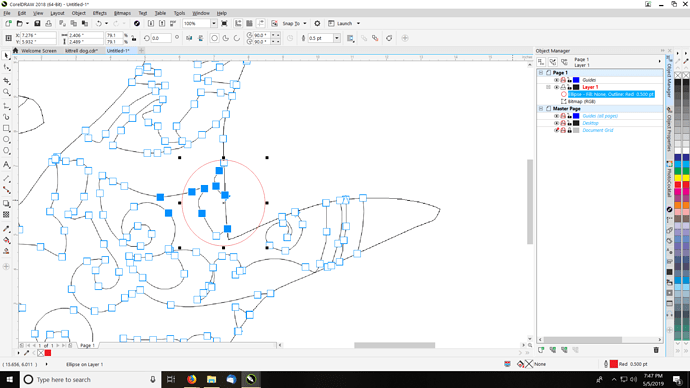 Thanks for sharing! I’ve moved it to Everything Else so the discussion can continue there.