Ive been attempting to engrave some more runs of some stuff for my shop, and I am unable to engrave in the quality I have been up until this point. Changing the LPI does not help. Ive uploaded a fresh 600dpi file, and still it is returning poor quality engraves. It appears that it is engraving at a much lower resolution than the file that I uploaded.

Did something change on the backend to cause this, and if so when can it be rectified? 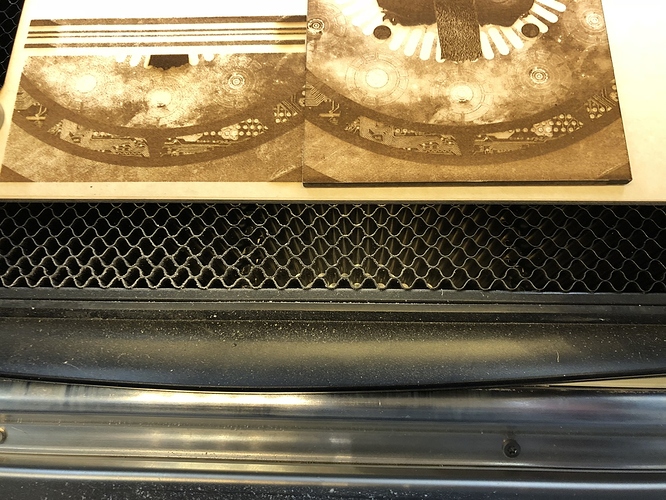 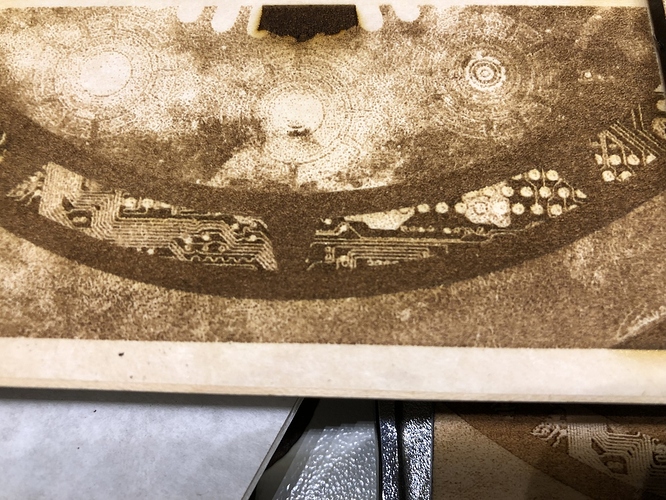 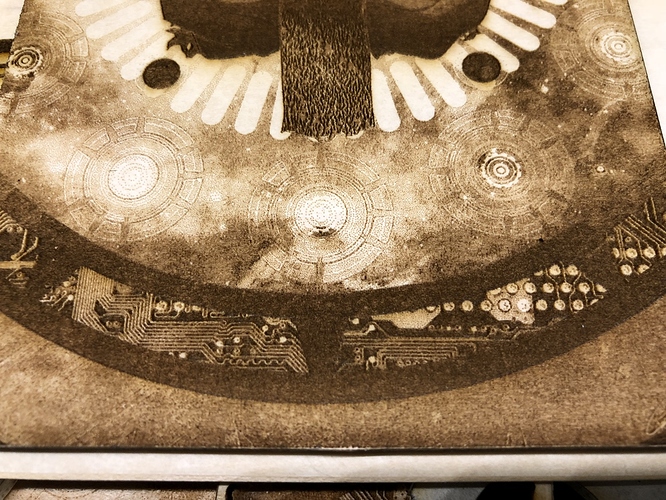 Nope, same settings as Ive been using for the past year. Convert to dots

Hmmmm… I wonder if that’s what ruined my 5 hour job today. Thinner wisps of curls in Edwardian Script didn’t engrave at all, leaving some little gaps in the letters. An arbitrary lowering of resolution definitely could have caused that. I was using 500/52/340 into cheap A.C.Moore wood. Should have been perfect in this case (as it has been in the past).

I know you have been using the machine for a while, but sometimes we over look the obvious…Is your machine dirty? Maybe a good cleaning?

It’s not a physical machine problem. This is definitely a software issue. I just got a brand new pro 2 weeks ago, so it’s not dirt induced. I’ve made 4-5 of these engravings already, but today it seems that they no longer come out at the quality they were before.

I got mine 2 week ago too, and had to clean it for the third time today. Actually had a cut not go all the way through because it was dirty. Only reason I even thought of it.

Please don’t submit this problem to support by email because I really want to hear the outcome and not have the topic closed unresolved!

Perhaps related to this?

This could definitely be it. Im unable to see or set my engrave mode, so it might be defaulting to draft…

interesting. Where did the fault lie?

Me. I was thinking on Friday I should clean everything. I didn’t, and my 5th or so project I was working on today used 2 full sheets of maple ply packed full of cuts and engraves. First sheet was no problem, but by the last 1/4 of the second sheet, it wasn’t cutting all the way through. Quick clean and all was good.

Even with the new settings that have come out I am still experiencing this issue.

@takitus, your example helped us identify and address an issue in how the app interpreted your file - would you try again please?