I just tried replacing the black lid cable (many many many times) and have I believe to be secure fits. After I give a small tug to each of the connections, they stay in place. I am bouncing back and forth between error messages of either ‘Lid Open’ and it spins forever, ‘The camera did not take a picture’ error, or ‘centering’. Each time I turn the machine on and off again, it changes up my error code.

This machine has already been down for about 2 months and I am just frustrated beyond words. Having to relpace my white camera cable was a nightmare and now this. Is there some kind of secret to getting this cable in place and secure? It’s getting to the point that I feel like I am damaging the cable trying to get it in so many times.

Also, now my LEDs dont even light up when I start the machine. Would this be connected to the white lid or black lid cable? I paid $50 for shipping items that weigh less than an ounce and am just beyond frustrated at this point.

Thankfully I have a backup machine but even this newer machine is already giving me problems.

Anyone have any words of wisdom? I would be forever grateful.

Update: I decided to go back to my old white lid cable and now the machine is actually up and going, however, I still have zero lights and while it appears ready to go, there is nothing showing up on my bed. I have a piece of wood in the middle and the camera is not capturing that. So now instead of getting a ‘camera couldnt capture’ error, there is just zero image but the machine doesn’t know it? 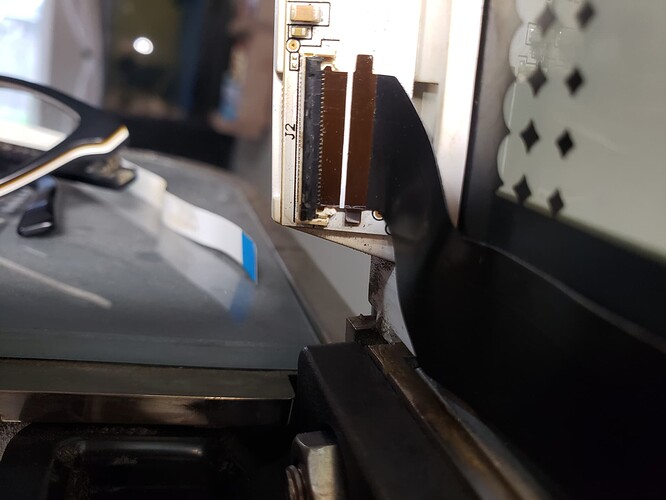 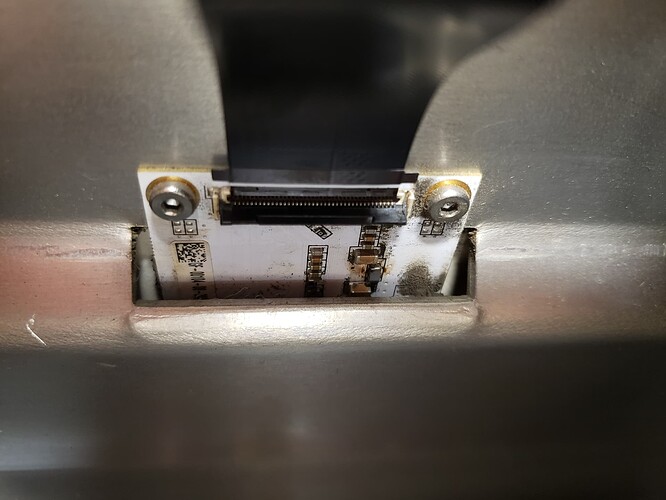 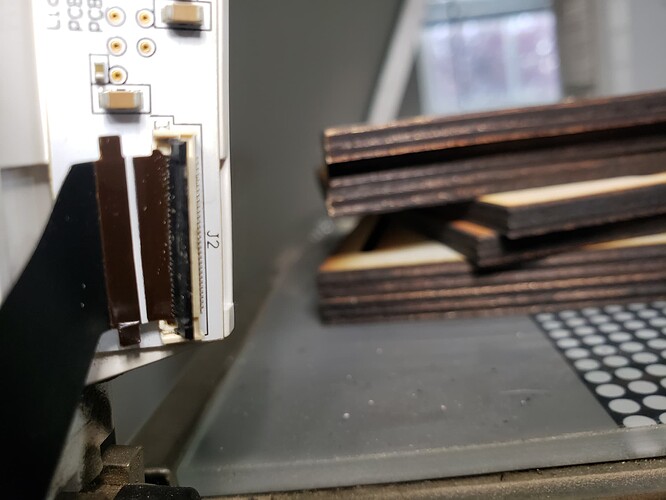 The angle that the connector is making contact with the LED strips is a little off. Try making it more perpendicular

I had it flush and it still did nothing

I use the side tabs to press it in but must have dislodged it when I opened the flap. I will check it one more time though. It was 2 hours of getting these wires swapped and played with. 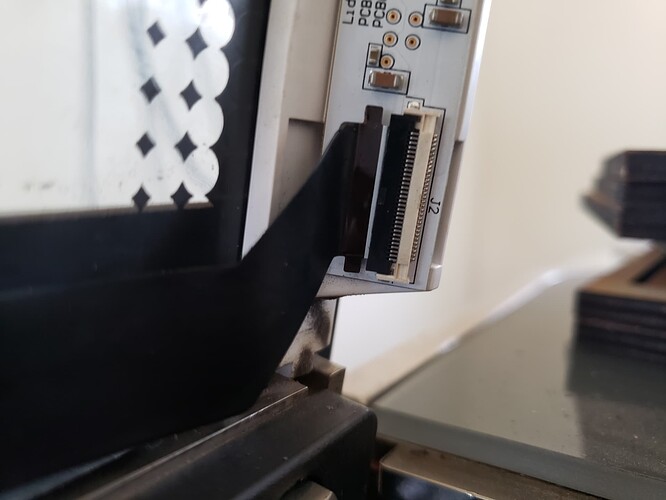 Here is a pic to demonstrate I have it flush. I think my phone moved the cable in my last shot after I flipped the clasp open.

What is interesting is that I ordered 3 new white lid camera cables and each white cable I swap out gives me a different error code. I had a feeling it was my white camera cable or connectors as it gave me issues before (while the machine was still under warranty I believe).