Scanner needs to up its game

I thought I would impress a client with his business card in leather it is sharp black and white so it should be easy, right? Not so much. Puff has been through a lot so I was not surprised that his eyes were a bit bleary, so I even helped out with a super bright flashlight directly above. Still, it was a bit out of focus but not so much as the human eye could not make up the difference.

However, since the GFUI insists on black and white the result was so far from optimal as to be useless. And since you cannot bring it to any software to fix, even the logo part was useless. I will use another scanner that I can clean up, and I would bet even Inscape’s trace function would do a better job. So Sad. 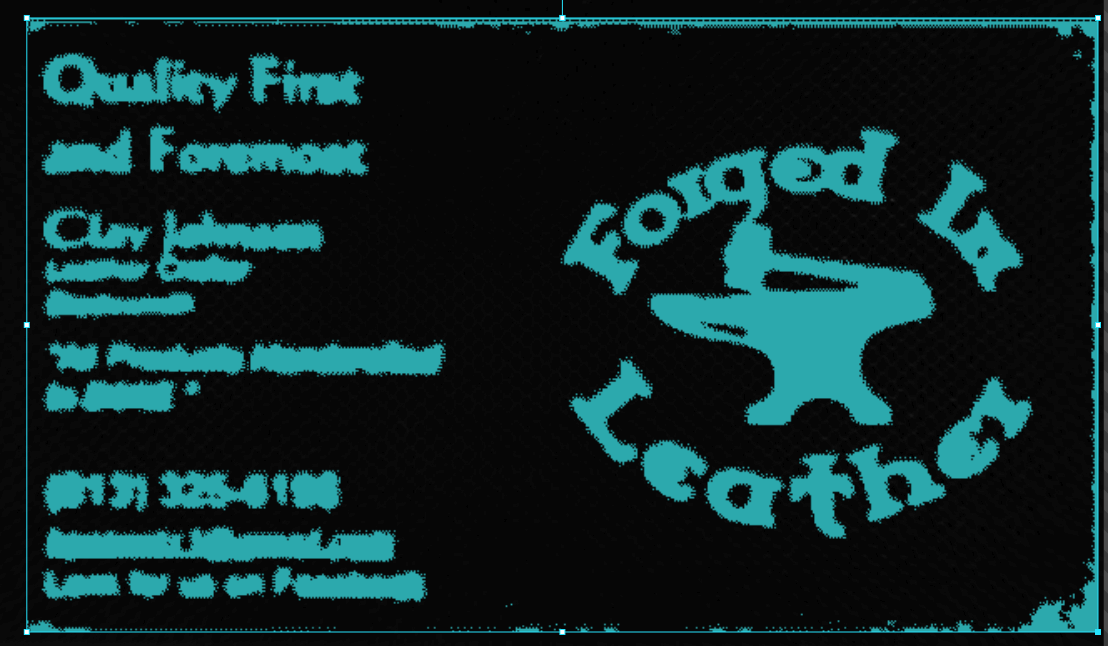 Is basic Trace function done at 100%? Problems and Support

Define “exact”. If it were me and I really needed it exact [meaning within 0.01"], I wouldn’t rely on the GF trace feature at all. I would properly scan it, (go to your favorite office store if you don’t have a scanner) import it into inkscape/illustrator, and scale it exactly. I know there are trace fans who will disagree, but basically GF trace is a toy, and it sounds like you might need a tool.

Perhaps you are correct in that it is just a wow thing to impress folk you are trying to sell the machine to. But part of that sales pitch is being able to bypass the other processes you laid out that I am well aware of and can do a better job of scanning from my Phone much less an actual scanner (which I do have).

I was looking at the possibility of cutting down the time element as I had a request that would need to be done as simply as possible and doing the whole process would make the idea not worth the extra effort.

I’m not saying it wouldn’t be nice, but I am saying that I wouldn’t hold my breath for some major upgrade. GF might prove me wrong but you’re on the forum enough that you know it could be a very long wait.

I thought I would impress a client with his business card in leather it is sharp black and white so it should be easy, right?

I don’t think that’s the use case they created the trace feature for. The demos and videos (& GF posts) all show and talk about using a Sharpie marker to draw something that’s scanned and engraved. The line from a Sharpie is much thicker than on typography.

It’s an interesting and sometimes useful use case but doesn’t make up for a flatbed scanner. I’ve used the trace function at MakerFaires and demos but once you want more than hand drawn source materials it’s flatbed time.

That’s great feedback - thanks for the suggestion! I’m going to send it to our product team with a note that it came from a customer request.