Seems there are are a lot of issues with the scanning problem, which doesn’t help us that use this machine to bring in a little extra money during the busiest shopping time of the year. My machine would keep scanning and then I would have to shut it down and restart. It would work at times and then not. Very frustrating. It stopped all together. I emailed and got a response back 8 hours later. I was then told it was a black cable issue. I ordered it on Friday and paid for the next day shipping and it looks like it hasn’t even left the warehouse, which seems to contradict the whole concept of next day delivery. I’ve called them without success, the phone rings and then hangs up. No more email response either. Anyone know if the black cable is a sure fix for the above mentioned problem?

Experiencing the same. Seems odd that dozens of users had a cable go bad this weekend. I’m hoping it’s a software update glitch.

There are about 20,000 machines out there. All the last-minute holiday users are coming out of the woodwork. If it was software, you’d see a lot more than a handful of issues.

Stuck Centering/Focusing: How to Troubleshoot for potential Lid Cable issues before contacting Support

Although “Stuck in Centering/Focusing” looks the same to the customers, it can be caused by a bunch of different things, and it’s easier for Glowforge to analyze it individually by looking at the machine logs than it is for us to do it. That’s why they don’t post solutions here. It can make things worse if the customers get the wrong “cause” and start trying to fix it without knowing what’s causing it. If you want to start running through a process of elimination to eliminate other causes whil…

seems to contradict the whole concept of next day delivery

GF is not an Amazon fulfillment center than runs 24/7, and it can only ship next day if they have the stock–once your unit is available, I’m sure they will ship next day.

I ordered it on Friday and paid for the next day shipping and it looks like it hasn’t even left the warehouse, which seems to contradict the whole concept of next day delivery.

Unfortunately not an uncommon experience, and not just GF. It’s next-day delivery from the ship date. I’ve been bitten enough to check to see when something is projected to ship before I decide to go with the next-day upgrade in price. Even on Amazon it’s for next-day or two-day from the ship date - at least with Amazon that’s usually same day as order for anything flagged “Prime”. But lots of vendors (including GF) don’t make it clear when to expect the ship date to be.

GF actually made it worse during the crowd funding fulfillment when your “ship date” was when you said yes to their email - and then you waited 6 weeks for them to build and package before it actually shipped.

I’ve had my GF for only a few days. My first project was fine, but after that it wouldn’t move past scanning. I contacted Support and they responded to me. I responded to their request for photos within minutes (checking my email constantly!)! Now it’s just radio silence…
I’ve tried the router reboot, cleaning the lid lens, restarting my computer, removing the material before starting the machine, and turning off the room lights, all to no avail.

I’m not exactly sure where the little black clips are supposed to be. The photo that Support sent was not too clear, and they haven’t responded to my response.

Should these two areas on the lid have clips?? 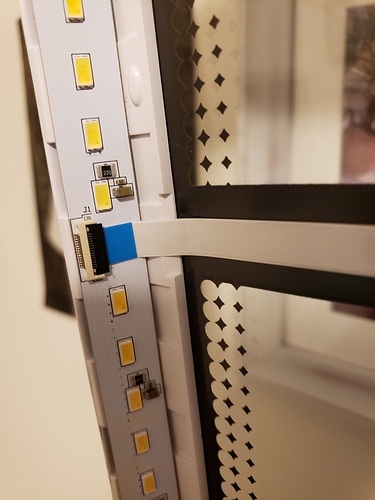 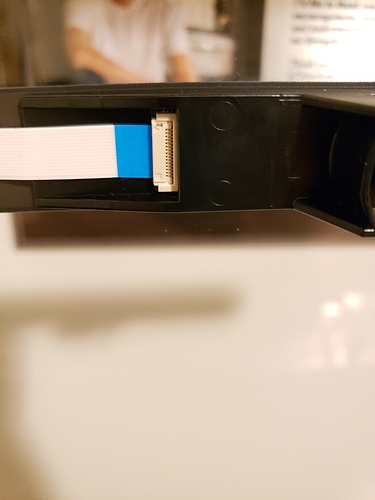