Another source of inspiration. Plus I believe the copyrights expired, just saying…

Not if Disney gets their hands on them.

Did he draw right to left as well or was it simply his handwriting that was mirrored?

I was just going to comment on that. It appears that the writing is in reverse…

Ooooo… Thanks that looks like fun. Plus anything you burn will have that Sepia look right away. Here is another link back at you. NY Metropolitan Museum of Art public domain images. The Met

He could mirror write without a mirror, I think with either hand!

It appears that the writing is in reverse…

That’s actually a fairly widely discussed thing with DaVinci. His writing is called “mirror writing” although I don’t think it’s true mirroring as it is left-to-right vs right-to-left directional writing. I believe originally it was thought he was left-handed and found it easier to write left to right although there was a school of thought that he did it to keep people from reading it. But it wasn’t in code so it wouldn’t really have been effective in keeping his writings secret.

Other sources for Da Vinci stuff, if that’s your jam. Scroll down and there are other notebooks that are linked: 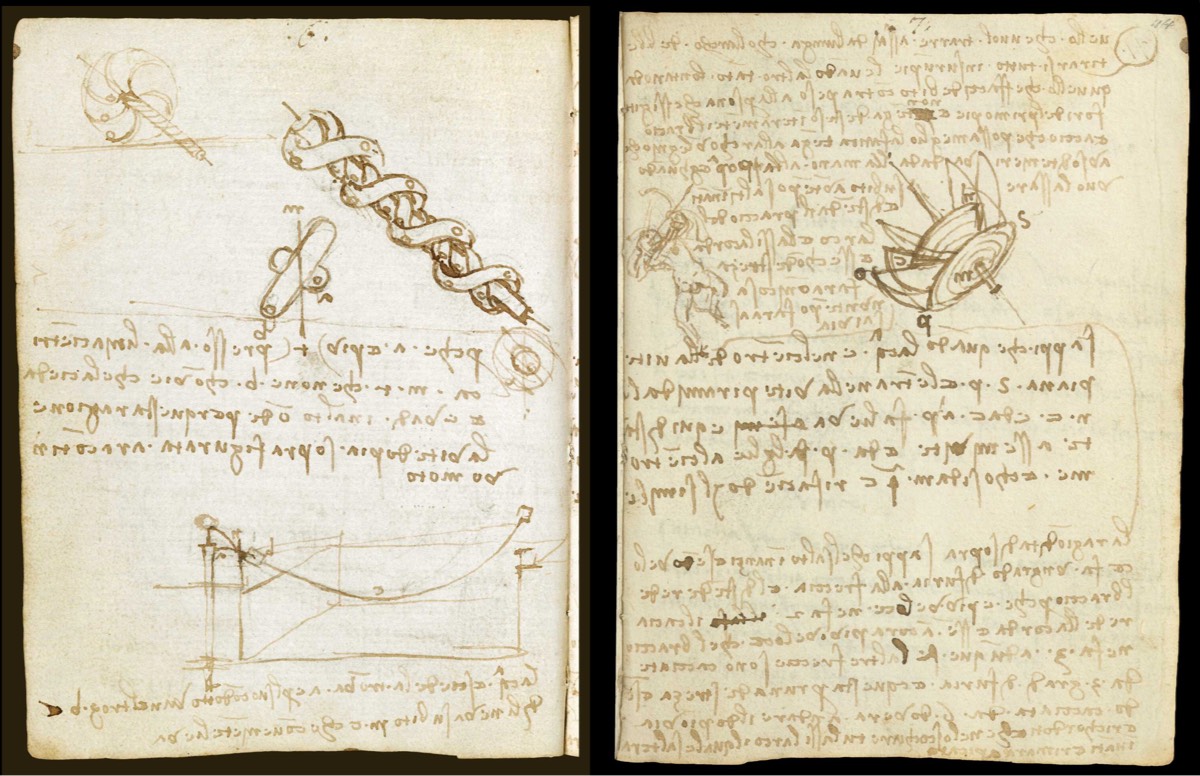 A Leonardo Codex from the V&A Museum Goes Online

A pair of notebooks kept by Leonardo da Vinci have been scanned and put online by the Victoria & Albert Museum. The notebo