I took a hotel key card, and sandwiched it between two pieces of leather.

Glowforge did the holes and engraving, I just took a blunt needle and started stiching.

Need to use a better font and different leather for more contrast. 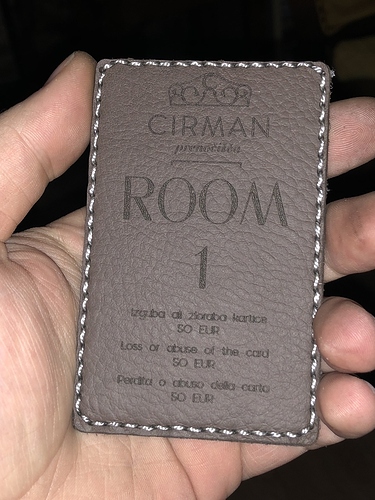 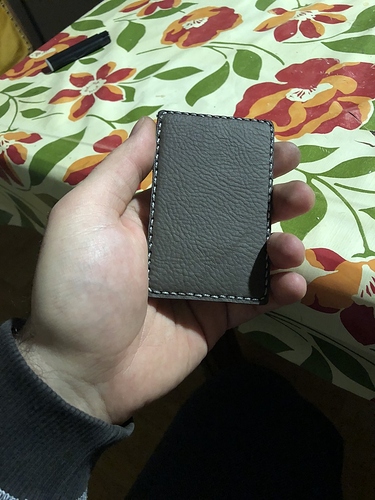 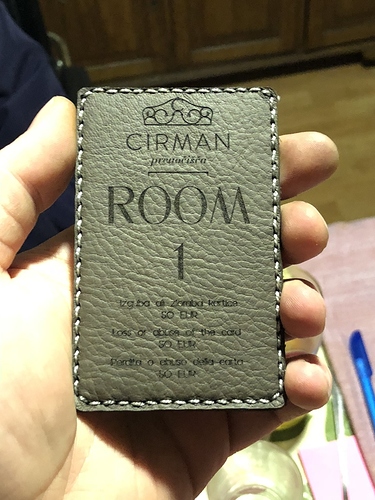 What a great idea!

That looks great! I wouldn’t change a thing.

Looks a lot better in person. And for some reason this leather, with the engraving, makes a strange optical illusion. The small text looks like it’s moving around when I angle it a bit. It looks like when you move your iPhone and the background just slightly moves.

Awesome! Where did you get the leather, and what kind is it?

It’s cow leather, from what I was told. Got it from a local upholstery guy as scrap leather

What a classy look! I hope to see move leather work coming from your direction.

Went and got the design from the catalog yestarday. I just had to move to the USA to be able to order

I clicked the first state, and I vaguely remember landing in the pacific armed forces …something …something…

Still need to clean it a bit.

I wouldn’t recommend using waxed thread, at least nothing bright. Until someone figures out how to clean the stitching holes of charcoal its going to turn dark and ugly. Had huge issues with the key card thingy, and the wallet. Looks like I’m gonna have to think of a way to flush all the O2 from the interior of GF. Or at least add a tube that blows nitrogen or something at the laser focus point. 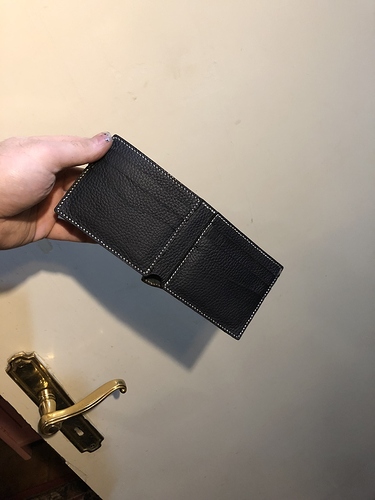 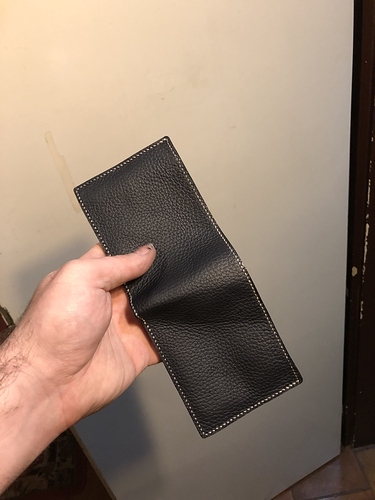 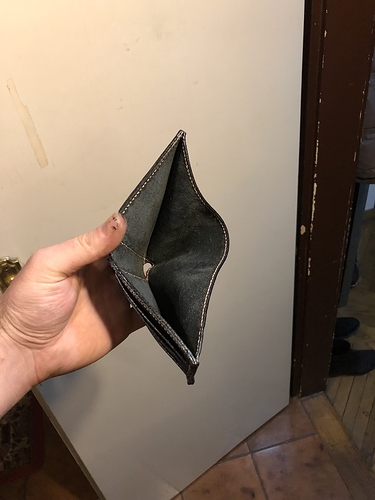 Also updated the version of my key cards. Not to happy with it yet. To much gloss and the threat was way to thick… Really hard to stitch. 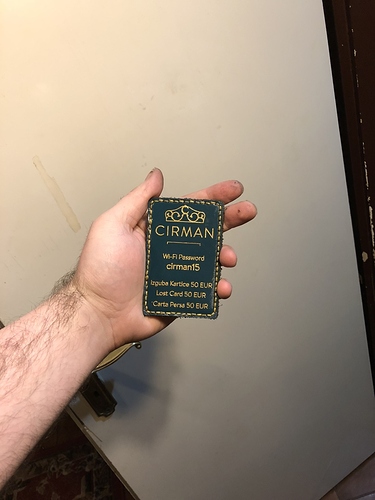 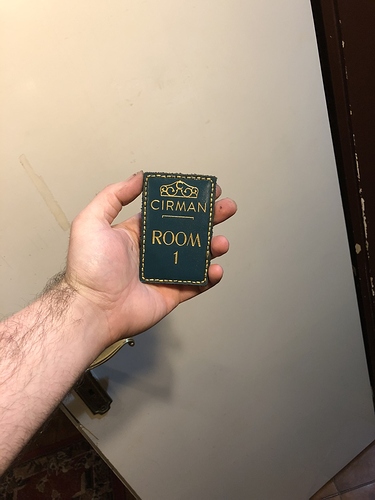 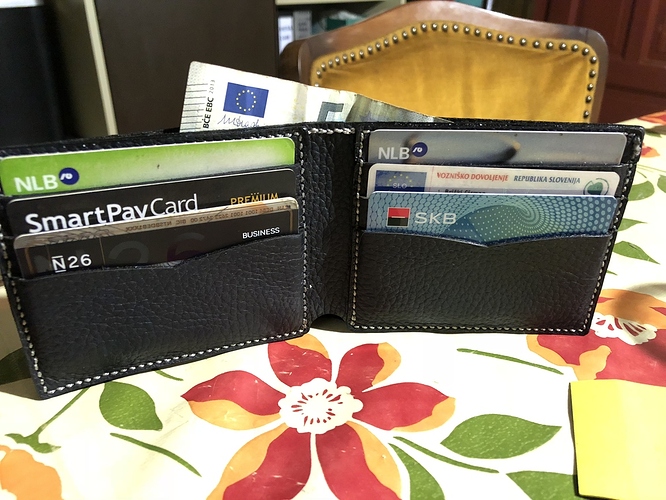 VPN’s for the win!
I often virtually go to the UK to watch Scrapheap Challenge on their Channel 4

I found that if you run some waste thread through each hole after cutting, you can clear a lot of that char. But of course it doubles the work.

I don’t even think you need a VPN to do this from the store, I think you just have to select US and a territory in the drop down. I got basically to the confirm page before turning back, maybe that’s what happened here?

And love scrapheap, it’s like the best bits of the A team and MacGuyver but without all the story lines getting in the way.