My how time flies when you’re having fun.

Or, as the frogs say, “Times fun when you’re having flies.”

Seven years? My how time flies!

Oh my! Congratulations! Does it seem like 7 years? Sort of hard to believe.

“Times fun when you’re having flies.”

All a matter of perspective.

Wow… was not aware people got machines during the initial funding campaign. I ordered mine 7 years ago but it took 2 years to get it, closing in on 5yrs now. Didn’t even discover the forum until a few months after placing my order.

I don’t recall how I found the forum. I do know it was frustrating to discover it existed, and I had never gotten any kind of notification about it after placing my order during the initial campaign.

It was in the emails. I didn’t join because I thought it would be frustrating to talk about something I didn’t have yet, but I’ve always regretted that choice, in retrospect!

“Times fun when you’re having flies.”

Looking back I joined on the 11th thinking this would be an empty forum but it was actually abuzz with activity.
It has been an interesting 7 years.

Kind of crazy. Happy anniversary to the OG!

Turned into a mutual support group for all of us who jumped in early. We all expected it to be delivered early in the next year, and then commiserating over the following 4(?) 6 month delays. In retrospect I realized I had paid in full and waited 2 years for my purchase, something I normally never would have done. The fact that I stuck it out was a reflection of just how bad I wanted the fantasy of a laser in my life.
The other encouraging factors were the others here in the same boat, and that the company offered a full refund if you wanted out of the que.

The company selected me for one of the pre-release units, I think because I was a complete novice, and they wanted to see what I might trip over.

Owning this machine and being welcomed into this community has been a highpoint in this part of my life.

It was in the emails.

That’s why I was frustrated when I stumbled on the community in Jan '16. I went and checked and it was never mentioned in any I received.

I have every email I’ve ever sent or received.

Same here. Me. This.

The friendship I found here was an unexpected bonus, not to mention the help that comes out of the woodwork.
Even though the angst of those delays felt extreme, I was amazed at how it all vanished when I pushed the button on that pre-release machine.

I almost pulled the plug after the second or third delay and they were offering to refund our money. Now I am glad I didn’t. I don’t use mine daily anymore but it still is my most used smart tool.

I almost pulled the plug after the second or third delay

I’m sure the thought crossed all of our minds, especially those who had to endure their friends and family taunting that they fell for such a scheme. Dan’s early and often involvement here with us also helped console me.

it still is my most used smart tool

Yes, but now my creative time is spent between the laser and this… 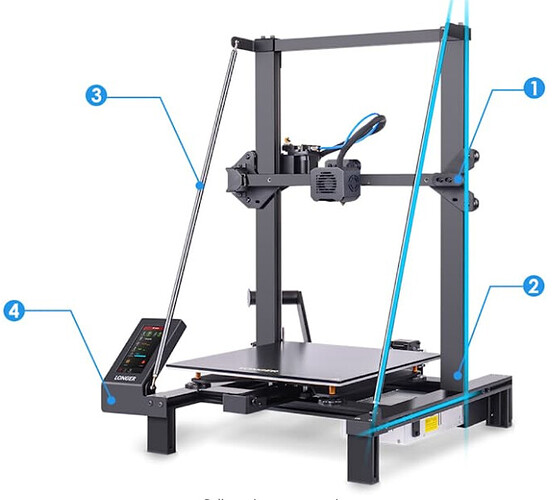 Another creative direction and something else to learn. Years ago I attended classes on what then was Autocad Inventor, now known as Fusion 360, and I have gotten back to the point that I can’t look at something without thinking “How would I model that?”
I tend to use this for solutions, and the laser for art.

I just now figured out how to find my own join date…so in 13 more days, it will be 7 years for me, too!

I don’t recall when the presale ended, but I purchased it on that day, about a week after I saw the ad. I spent that week wringing my hands with indecision. I joined the forum on Nov. 18, so soon to be 7 for me too.

I ordered very soon after the campaign started, but I was pretty apathetic about the forum at first, which is how I ended up with a stupid username.