This is pretty cool. Not cheap, but cool nonetheless.

The Every Day Calendar

A personal gold star system for your habits 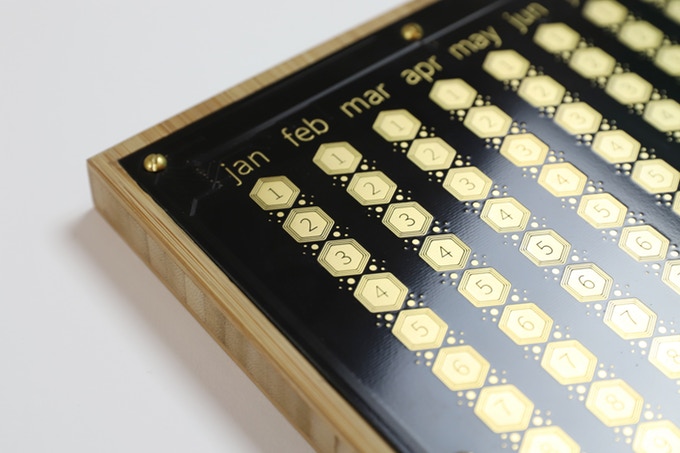 This is awesome and I love that one of the stated use cases is period tracking. Simone is just great.

I usually just leave mine at the end of sentences. They’re much easier to track that way.

if a little bit messy.

I love the idea! I dont think I could justify the 300 dollars for the kickstarter, but I know people that totally would.

I may have to make one like her original some day!

I may have to make one like her original some day!

Maybe I need to dig deeper in and see if she ever lays it out, she’s pretty transparent on most things.

Uh, yeah, she explains it.

Hmm, that’s a clever design and should be pretty doable, just gotta figure out how to get that pcb made.

It is expensive, but as she said in her video, when you need 365 of a single part, it starts to add up. I just went to All Electronics and found some ‘cheap’ momentary pushbutton switches at four for a dollar. That’s nearly a hundred bucks right there. Which is why she went with capacitive touch. I’m not sure if that requires special hardware or not. It might be possible to fake a membrane type switch, or use a metal stylus to provide input.

Perhaps a better method would be to have an RTC that maintained date and time. With a single pushbutton switch at the top, the controller would light the appropriate LED when you push it. LED’s are a whole lot cheaper in bulk than switches.