YouTube has quickly become one of the places I always go for tutorials, inspiration and sharing videos of the stuff I’m working on (shameless plug)

What do you like watching on YouTube? I’m a sucker for woodworking videos and shop tutorials. Lately I’ve been watching a lot of Make Something

I’m slogging my way through the Fusion 360 tuts these days, whenever I can grab a minute. (There are easier ways to do what I’m doing…I just haven’t seen them yet.)

This has to be my current favorite maker on YouTube https://www.youtube.com/channel/UCIrtu3uSwehD0pfmfMsHhUA

Forgot to add my favorite cooking channel after the laser food discussion! Give Food Wishes a try!

You can edit for a while by clicking the little pencil icon at the bottom of your original post and just add it in.

Nice fire! Hadn’t seen the MakeSomething. Darbin is good but I don’t follow her.

Here is my channel and and from there you can see my subscriptions.

If you were to click only one link in this reply, I’d suggest Marius Hornberger. His videos are so well done. Good mix of humor and detail. He’s got a broad range of topics. This video is a good example of his problem solving work.

These are my other favorites

If you like New Orleans jazz, Tuba Skinny is the bomb. If you like to hear a beautiful voice, Nataly Dawn.

You have no idea it took for me to figure out that fire. Its just a tiny thing I thought would make my game scene look good. Trying to match all of the assets I’m building in style is trickier than I thought it would be

This Old Tony is by far my favorite! And as long as we are doing shameless plugs heres mine.

Nice fire tornados. I’ll have to watch the painting vids. Been wanting to try it out.

For tutorials on home repair and handy[wo]man stuff, I really find a lot of value and sense in See Jane Drill

Here are my favorite maker channels:

Frank Howarth - probably the best woodworking videos I have seen, from a production quality standpoint. Doesn’t shill for any particular toolmaker, as far as I know. Built his own 4x12 foot CNC router!

I Like To Make Stuff - Great, concise build videos from a small home shop. I believe he has a Glowforge on order.

Jimmy DiResta - Makes some awesome rustic stuff, often out of found materials. And if you ever want to cringe about shop safety, he’s your guy! Has done a couple of sponsored videos but makes it clear up front, I think the most recent was for Lincoln Electric.

The Samurai Carpenter - Some beautiful woodworking, mostly with mortise and tenon joinery. Uses a lot of Makita tools but is not sponsored by them.

Clickspring - This guy does mind-blowing things with his tiny metal lathe.

April Wilkerson - Great look at a beginner learning to use a wood shop. Fair warning, shills for Triton and occasionally other brands, but she says so up front most of the time.

This Old Tony - home machinist with a great sense of humor.

SV Seeker - This guy is building a 74-foot steel boat. In his front yard. In Tulsa, OK.

Laura Kampf - Makes some great stuff. More soundtrack and less discussion / explanation than I usually like, but she shows the process very well.

Applied Science: Ben Krasnow, a fascinating renaissance man who makes amazing things (like building a scanning electron microscope, from scratch, in his garage.)

Death Wears Bunny Slippers - In 2011, this guy and his family bought an abandoned nuclear missile silo. He’s just started posting videos about the process of opening it up (it had been buried), cleaning it up, and turning it into a home.

Simone Giertz - The Queen of Shitty Robots. She’s now part of the Tested team, but is still making robots and other stuff.

And my favorite non-maker channels:

Cody’s Lab - College student in Utah who does a lot of chemistry experiments, and a lot of metal refining, some from an old family gold mine he’s opened up.

The 8-bit guy: Lots of discussion and explanation about old computers and how they worked.

The Engineer Guy - Engineering professor explains the reason behind the way things are built.

Several of my favorites and a couple of new to me’s. Somethin something great minds…

AvE was introduced to me by a friend at work several weeks ago. He makes me laugh as I learn.

Oh yes, thanks for Postmodern Jukebox. I only knew them from the All About That Base cover. They would give Pink Martini and @dan’s brother Ari a run for the money.

Okay, faceplam has to be replaced with the “Scott Sterling”.

Wow. Nicely done. I wonder if we have the same tastes in Scotch too!

Ron Walters, a fellow Missourian, has a good making channel. A lot of his ideas and techniques would translate to a laser. Here is a recent project using gears.

I wonder if we have the same tastes in Scotch too!

Mostly teetotaler but when I do imbibe it is rum. Like all my friends, we enjoy the common and ignor or celebrate the differences.

I follow a few of these people. It’s good to add a few more to the list!

We’ve been vaguely obsessed with Steve Ramsey’s Woodworking Made Easy in our house. The man is hilarious, and clearly knows his stuff.

In 2010, the Wranglerstar family decided to turn our backs on a comfortable city life and become modern day homesteaders. Our adventure starts in the rugged ...


for axes and homesteading 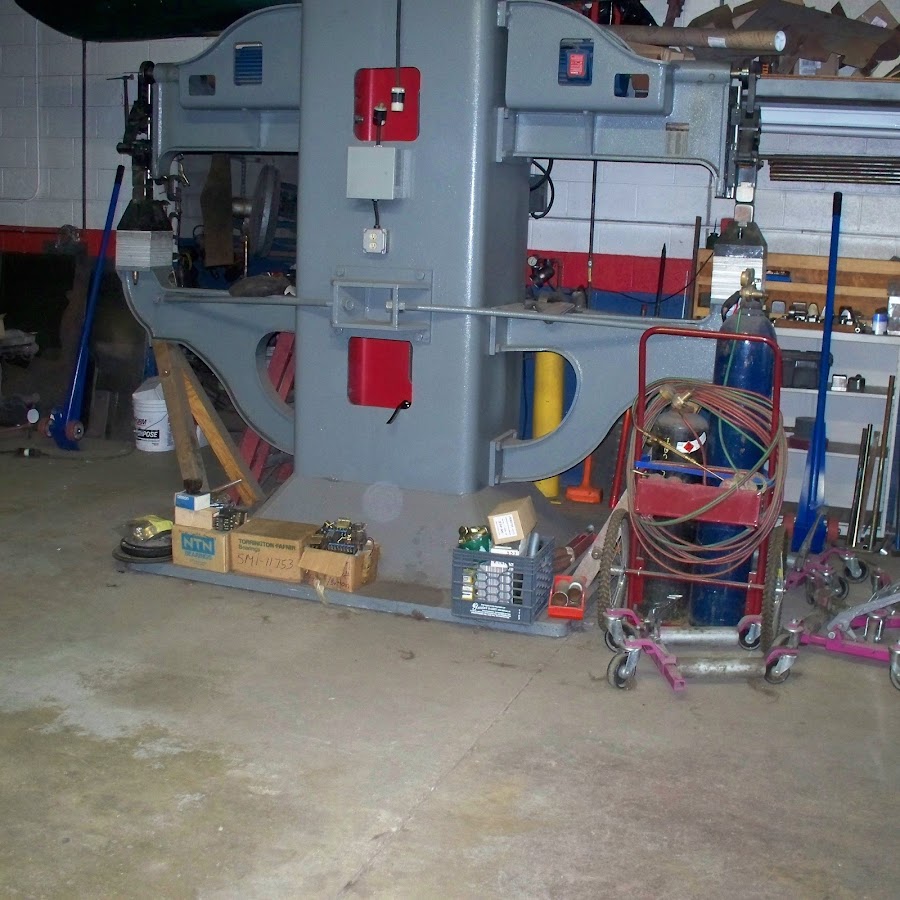 Hello this is Brian, welcome to my metal shop where I am best known for the finest Willys Jeep vehicle restorations on the planet. Stick around as I fabricat...


for metal-shaping
5 Likes
next page →