So the Home Depot is carrying a darker-substrate line of tiles from dal tile. They engrave a light grey color and take marker pretty well.

I got a 12” x 12” mosaic tile and cut the individual small squares out of the grid. They’re about 1.85” to a side and have a very slight texture to them. 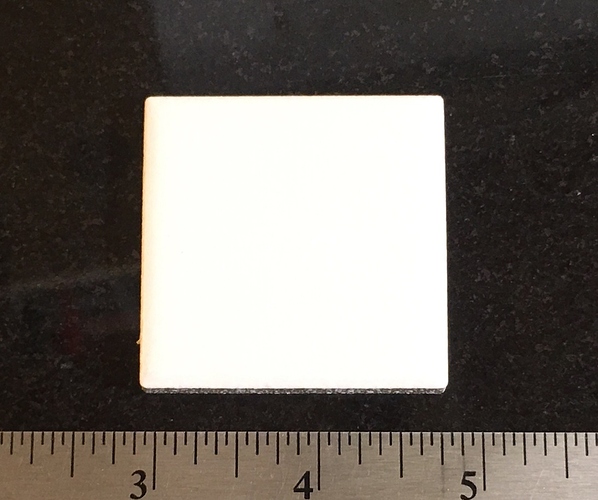 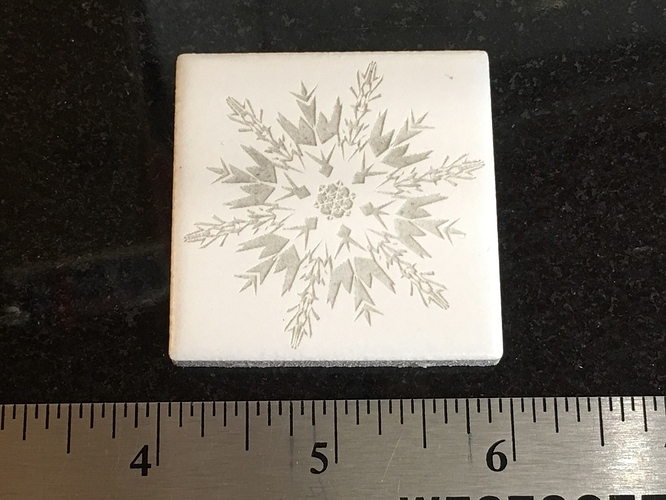 After engraving, it’s slightly grey. I almost stopped there, I thought it looked pretty good. 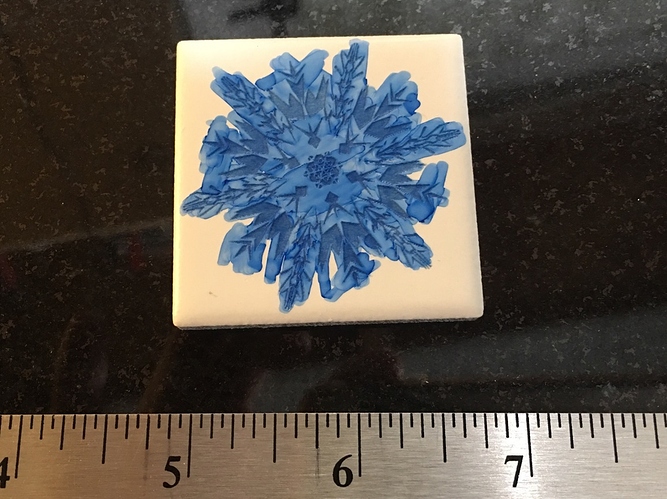 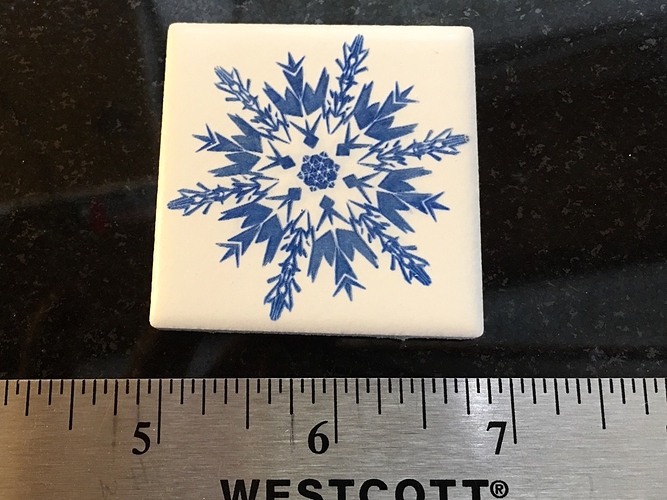 I thought the color was a bit too saturated. Alcohol takes some of the color off… 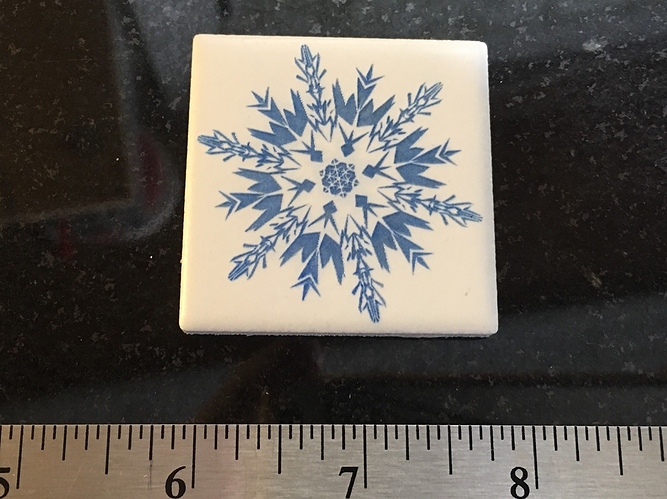 And here is the somewhat less-saturated tile. Pleased with it. 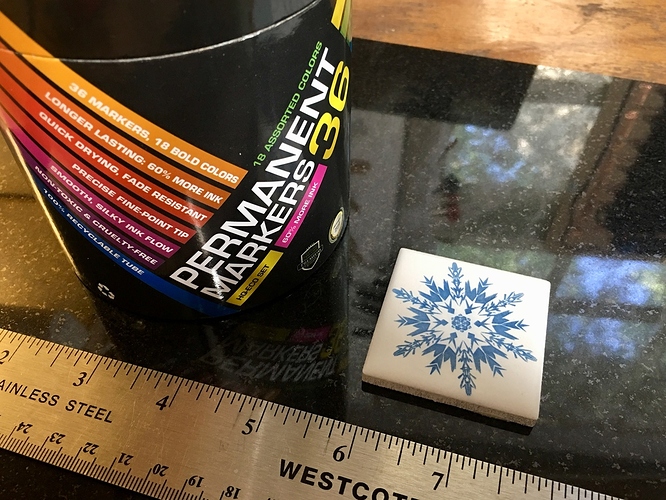 El cheapo markers from amazon. 36 markers for $16. Not sure about long term quality but the price is way way better than sharpies.

Got an end game use for these?
Or going for the ‘everything burns’ mentality?

They look swell but are rather small at 35 mm, so was wondering what you had in mind.

Not entirely sure. They’d make a pretty kickass large-scale scrabble set… I considered them for a wall mounted periodic table but I think it’d be huge… they are a great size for tea light coasters… might tile them in a frame to make a trivet/tray/wallhanging. Might use the negative space between tiles to accent a large mosaic engrave of a map or something…

I dunno. I wanted roughly 2” tiles, and this was what HD had.

was wondering what you had in mind.

Would probably be perfect for 'fridge magnets! Maybe pendants (or inlay four for a coaster) or even tile them out then engrave a picture on the 5x8 (or whatever) group of them !

I bought a big tile to put the address out in front of the place but one could engrave a series of small tiles with the house numbers on them for a lot of locations that folk could find your house number.

Also I tried a permanent marker that was too old and just made a mess of the tile, but a soak in bleach got it back. With tape on it there is a permanent grayish tone to the engrave but with no tape it remains bright white.

This tile went that light grey without masking. Others I’ve done had zero contrast but these do.

Trim/Accent Tiles in a wall as long as they are sealed.

I’ve been carving some of these same tiles. Seemed to be the only stock at my local Home Depot that was both square and available on a per-tile basis. And at (I think) 16 cents/per, they’re cheap cannon fodder. I did a couple of runs with settings that worked great, good penetration and the engraved surface was white. But that I forgot to record my settings and deleted the job. So then I tried one with Full Power (GF Basic). The engraved areas turned dark grey, in some cases almost black. But the effect was not uniform, some spots were white.

I assumed it was due to variations in the mix of materials in the glaze. I was thinking of trying another run at full power making 2 passes to see how dark the dark areas can get, or if the lighter areas stay lighter. But if I’m right and it mix variation, I’m guessing this is not an effect that can be used reliably.