Ive never had this happen, but some of the exhaust/smoke from the cutting process is coming out of the front of my machine. Should I be worried?

first thing: check your exhaust connection. Might be time to clean.

Great. Thank you. I will try that.

Are you using that with the Compact Filter? Or is that hose headed out a window?

If you are using a Compact Filter with it, the smoke will start to come out the front when the filter cartridge needs to be replaced.

It doesn’t look bad. Nothing occluded. Do you see something I don’t? What next? 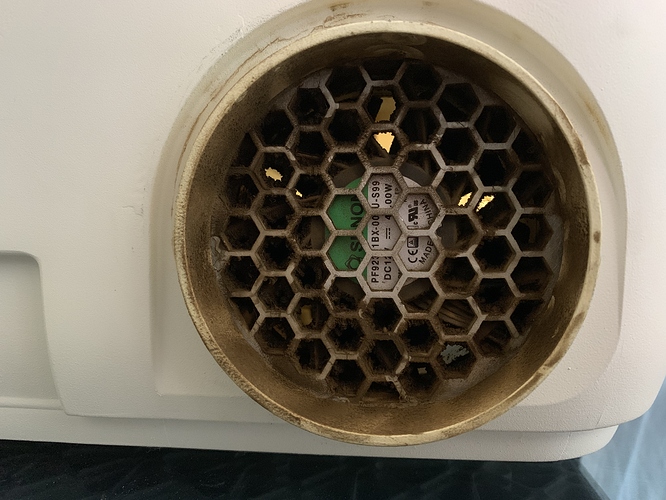 It’s headed out the window.

Did the smoke just recently start? And, is the seal at the window very good? If it’s a good seal, it’s possible that a change in relative pressure between your room and the outside is giving the fan more to work against. Maybe wind changed? Maybe just weather change. If your exhaust run is kind of long, its possible you were right on the edge of what it could handle and a small shift is giving you back pressure it can’t fight.
How long is the run?

{Quick edit: you WANT a good seal, obviously. Didn’t want to imply that was a problem}

It just started today.
I just have it piped out the window…which has never been a problem. I don’t have any seal around it at the window. The hose is the standard hose and there is lots of slack.
The cut is 1 hour and 10 minutes. I’m in the middle of cutting 200 ornaments for my daughters wedding. Argh! It’s all been going fine until today. Need a super fast fix.

What kind of material are you working with?

Okay, next thing to check…make sure there are no sharp bends in the hose coming out the back of the machine…there might be a U bend in it behind the machine, and that can be too much for the fan to handle. (Most allowable is two 90° bends over an eight foot run without an additional in-line fan.)

Having said that…it might still work most of the time, but if you get a high pressure situation outside, with the pressure inside your house lower than the outside pressure, the smoke can overcome the fan abilities and it starts looking for the easiest exit.

Quick fix…use a shorter run of hose. Cut a hole in a piece of cardboard, put it in the window to block the smoke from coming back in, and attach as straight and short a run of hose to the hole as you can. Dangling it out the window just makes the fan in the Glowforge have to work harder to push the air out a longer distance.

It looks from your video like the exhaust is coming back over the front of the machine, which means it would be making a pretty sharp turn. That by itself could potentially causing it.

I don’t feel like this is a super sharp bend? 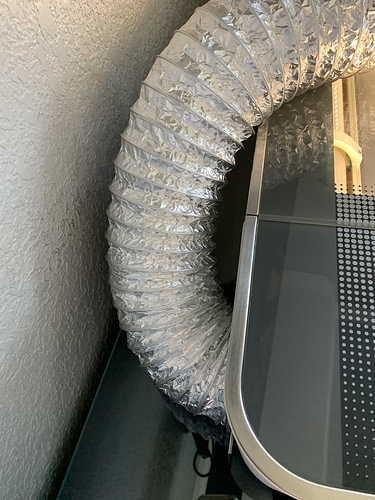 A U bend is two 90° angles though, and that’s a U-bend. When you dangle the hose out the window, that’s a third. Try connecting the hose to a hole in some cardboard in the window. (You can cut the hose shorter, or just tape it up to keep it a straight run.)

Shortened and straightened the hose. Now it’s coming out of a different part of the machine… OY.

Does anyone think all of my problems would be solved with a compact filter?

If this is a pressure issue, first do everything @Jules mentioned about making the exhaust as straight and short as possible. Longer term I always suggest getting an inline booster fan to give it some help.

As you have a very near term need, if it was me, I’d try one of my crazy MacGyver solutions: IF it’s a reasonably small room (not like a big open basement where mine is) you can force the air pressure to to be higher in the room by blocking any HVAC intakes (if any) and put a big fan in the doorway with a curtain or heavy sheet or something around it so the fan (blowing in) is kind of sealed in the doorway. A good sized shop fan or even box fan can do a surprising amount to increase the air pressure in a reasonably sealed room, which will aid the Forge Fan in sucking in air.
If you try such madness, see if you can see more smoke blowing out the exhaust outside the window. Also, if you try this and smoke is still coming out the front, STOP. I don’t want you in a mostly-sealed room with smoke accumulating.

Having typed all this and counted to ten, I welcome critique and criticism of this idea. It’s totally something I would try myself, but I’m generally the only victim of my weird ideas.

Did you somehow enable the “Compact Filter attached” option. That affects the exhaust fan.

It has to be a pressure issue…because after making changes, putting the exhaust through some wood at the window it seems improved…but now leaking out of a different area. And it seems like I’m seeing light between the trim and the machine on the R side of the machine…which is where it is coming from now. 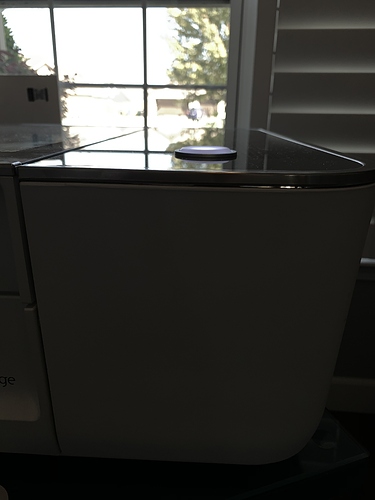 just in case… have you looked through the hose to make sure there’s no obstruction in there? i wouldn’t think there would be, but if you don’t have some sort of screen like is on the back of the fan over the outside of the hose, something could potentially get into the hose.

and if you do have some sort of vent cover in the window hole (like the dryer vent flap that i have), make sure there’s no screen material in it (that will clog) and that hte louvers are still opening when the machine is running. any blockage at all can cause problems.