Guys, I am so impressed with this laser I just had to share! I’m working on a few triangle pin looms (and having a helluva time getting the alignment perfect, but that’s another topic), and so I was testing out engrave depths for the many nail holes. I threw a scrap piece of oak in the Glowforge, and figured, what the heck, let’s make one hole a cut, just for ****s n giggles. Well, this is oak, and it’s over a half an inch thick. Look at the photos. Look at them!!! 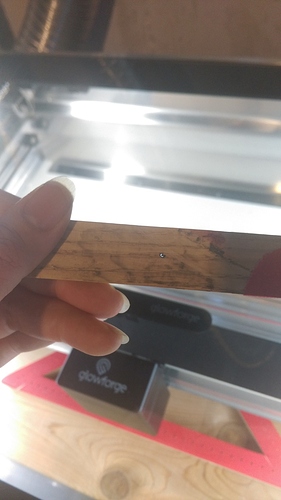 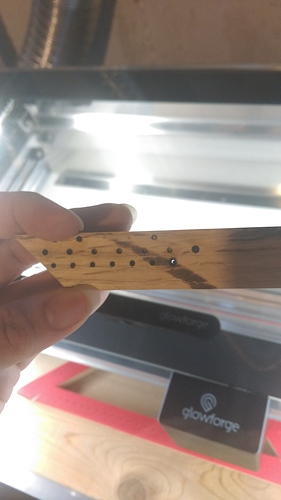 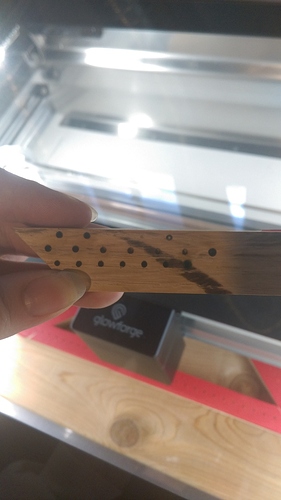 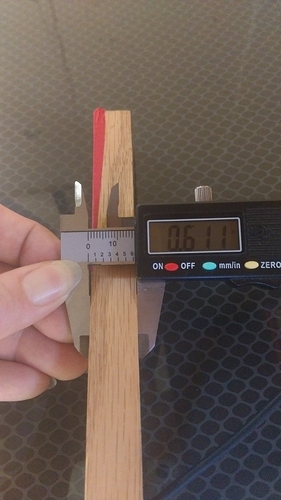 This is 3/4 " oak, same as you, full/slowest.
You can see the different level of penetration between the hard and soft grain. 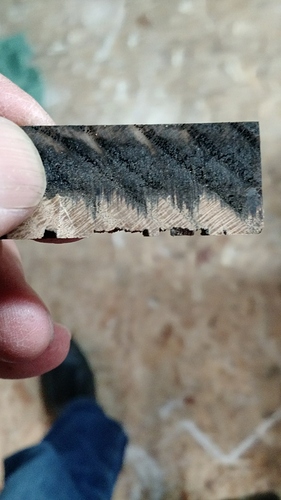 That’s a pretty neat side shot. I’m guessing it didn’t make it all the way through and you cut the rest to look inside…? Yea? Or did it actually make it through that???

Edit - Actually, now that I’ve thought about this, it obviously didn’t make it through since you can see where the laser actually was. haha. Sometimes my brain doesn’t work so good eh.

I don’t usually talk about it, but I did a 3/4" engrave on my Basic once. Also measured the depth of the engrave with my calipers.
But the reason I don’t talk about it is because, at those settings, I don’t think it was the safest thing in the world. The air assist kept the flames totally at bay, but still.

I tried a thick engrave on this too…I was trying to do the half lap joints so I didn’t have to do them on the table saw. Flames, yes. Lots of them, and a charred mess at the end. The engrave wasn’t 3/4" tho. Brave man! ha!

No, it didn’t cut through. I finished it with a coping saw just to get a look at it.
working thick stuff with slow high power is no problem - as long as you are there paying attention.
The biggest hazard I have seen was after a deep engrave on a piece of Home Depot flooring sample. There was a very large amount of the varnish looking smoke residue built up along the bottom, deposited there by the air assist blowing against the edge. I did another pass at low power to clean it up some - and that stuff burned like napalm! The value of the air assist became evident as the flame was pushed horizontally toward the door and extinguished as the head passed.

I tossed the samples I had been collecting since I had no idea what they were made of (more than the veneer they were named), and resolved not to try and burn off any more of the dark smoke residue on anything.